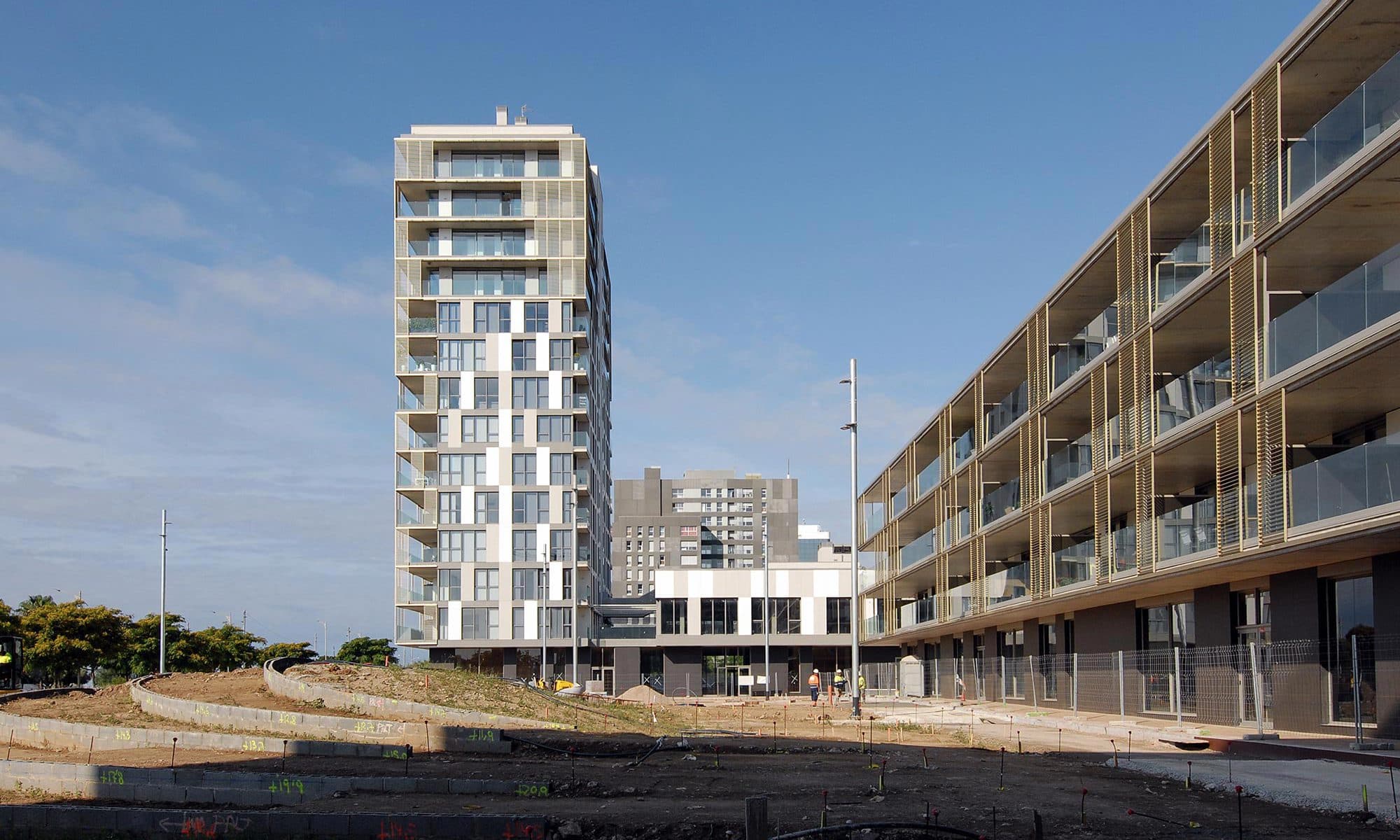 A set of three buildings

This project is located close to the southern gateway to Mataró when arriving from Barcelona. Located in a prime site beside the sea, it comprises a set of three buildings: two for residential use and a third for tertiary use.

The three blocks are located above ground level and two of them share a ground floor, and there is a portion of private land for public use between the two volumetric ensembles.

The tower block contains a ground floor for commercial premises, entrance halls with different access to the car park and flats on the upper floors. The geometry of these is uniform in design along the various floors, outlined by a “second skin” formed by mobile lattices, with the façade remaining in the background and set back at various depths to create large terraces with sea views.

The project’s aim has been to focus on the spaciousness of these terraces, using a structure of solid reduced edge concrete slabs with three-metre overhangs. The vertical pillar structure is set back from the façade without interfering with its modular rhythm. The façade alternates opaque ventilated panels in various shades with wide stretches of floor-to-ceiling windows and movable aluminium sheet louvres. A one-metre modulation has been followed on both the façade and ground floor throughout the complex and this has meant an advantage in producing and assembling the semi-prefabricated enclosure that has been used.

The rooftops of the three buildings are free of installations and can be used communally and each contains a swimming pool.

The rest of the plot is free of buildings and is destined for public use, alternating paved areas with shade created by the large overhangs of the buildings, including green areas connected to the new public square adjoining them.

A project to create three new buildings in a new, constantly expanding part of the city. 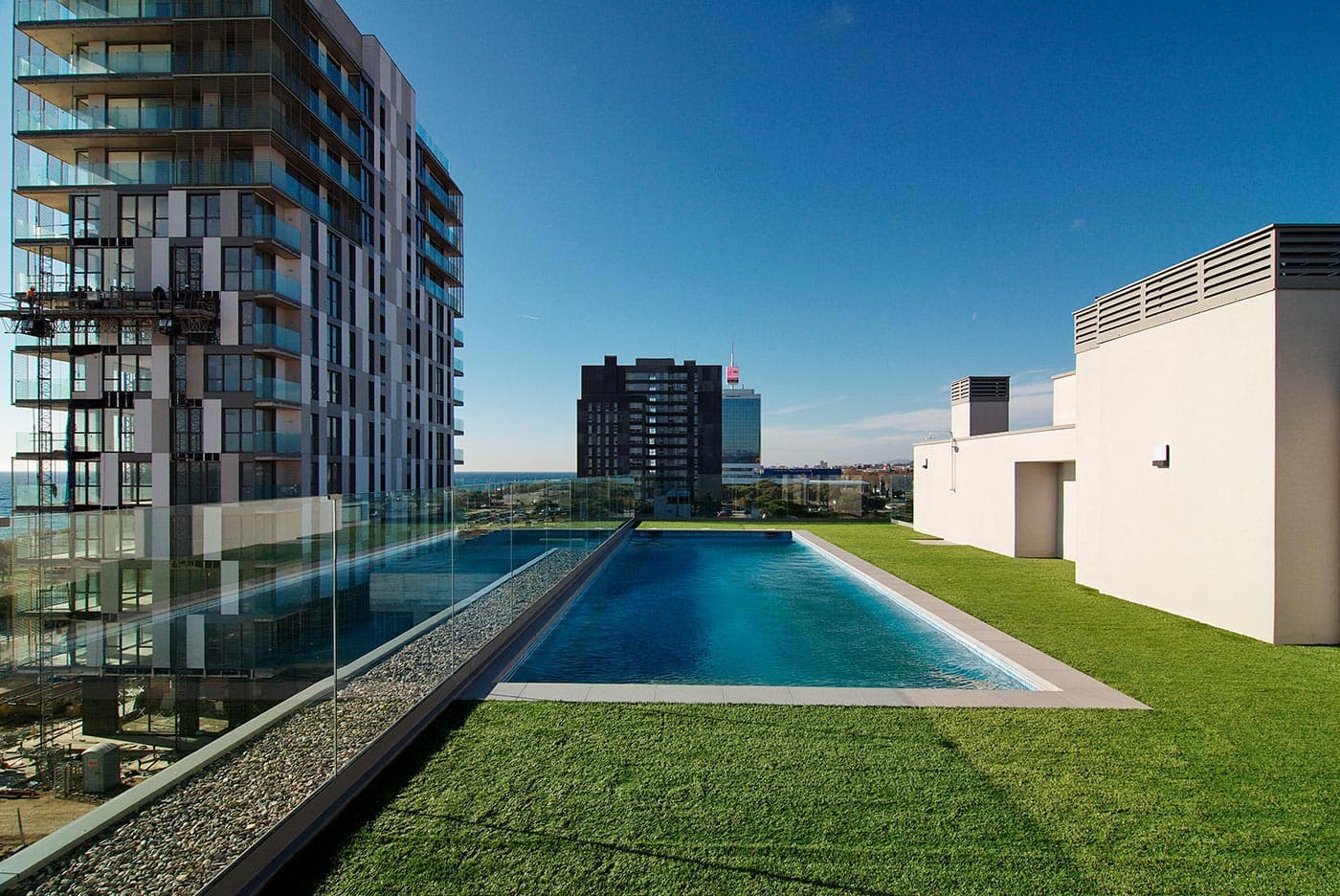 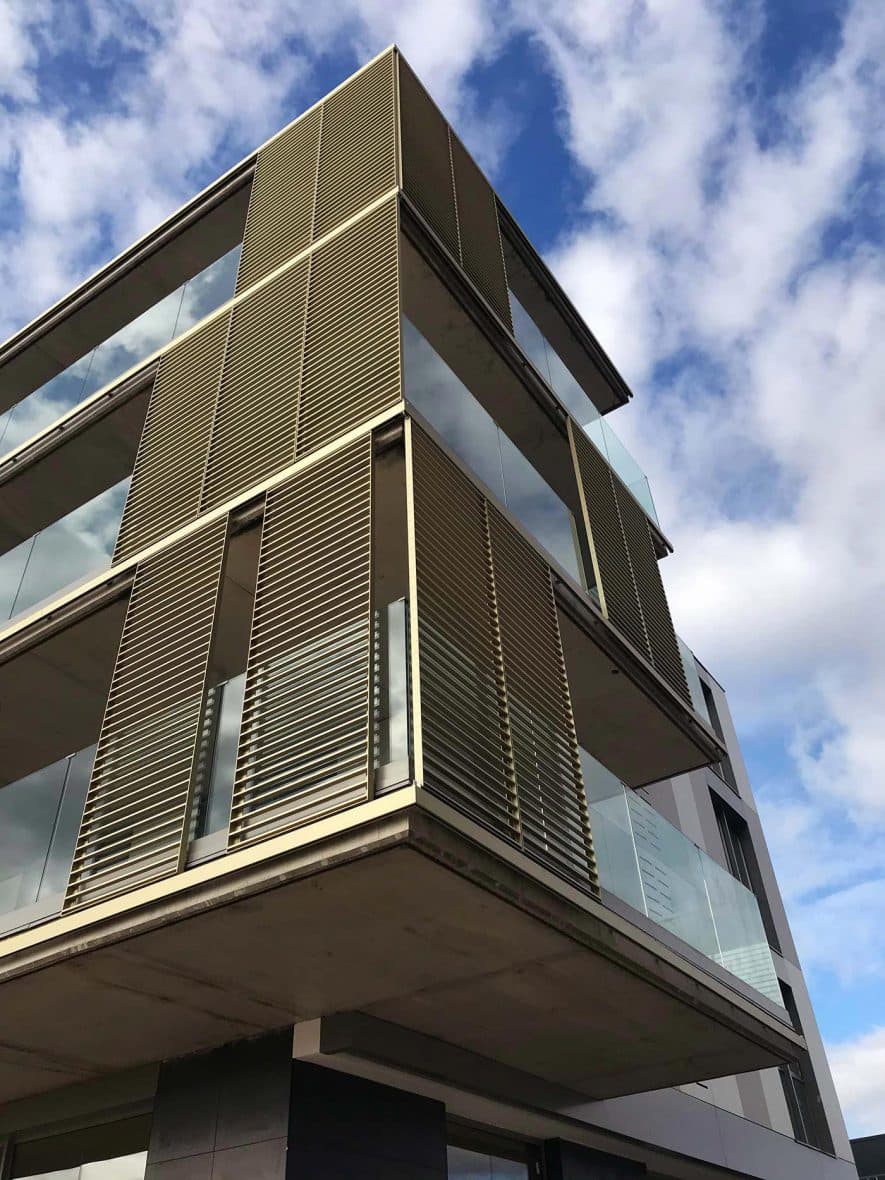 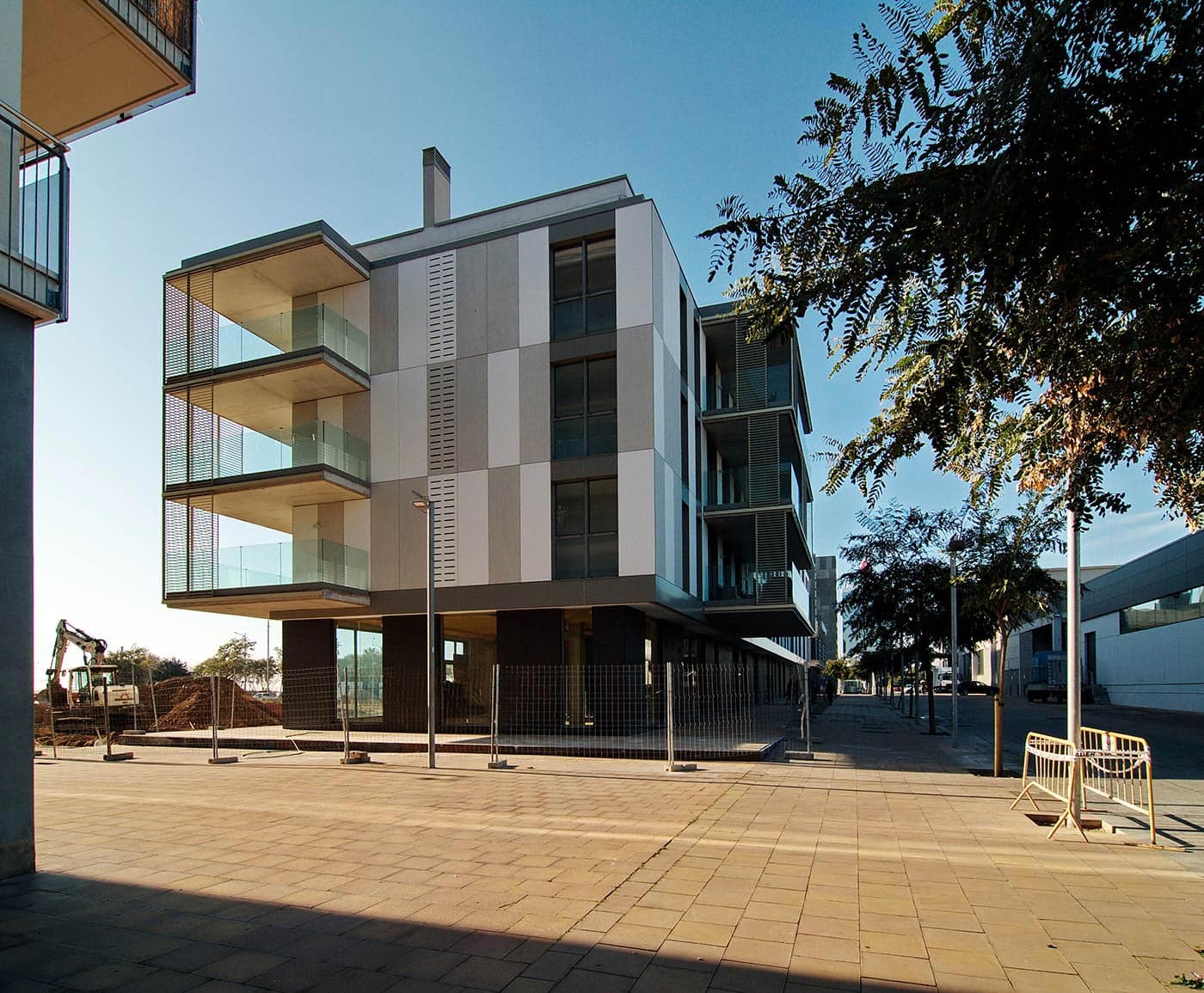 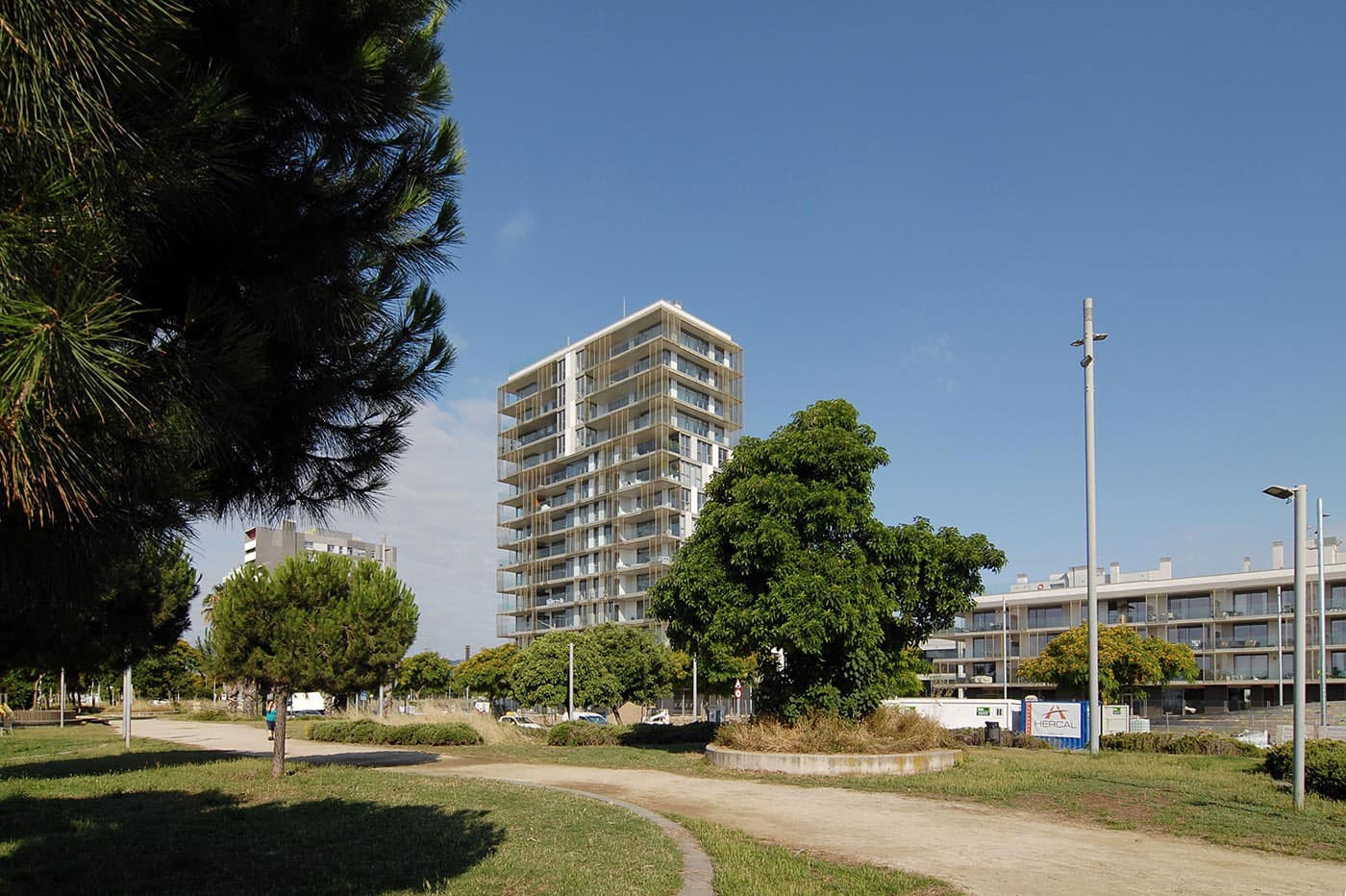 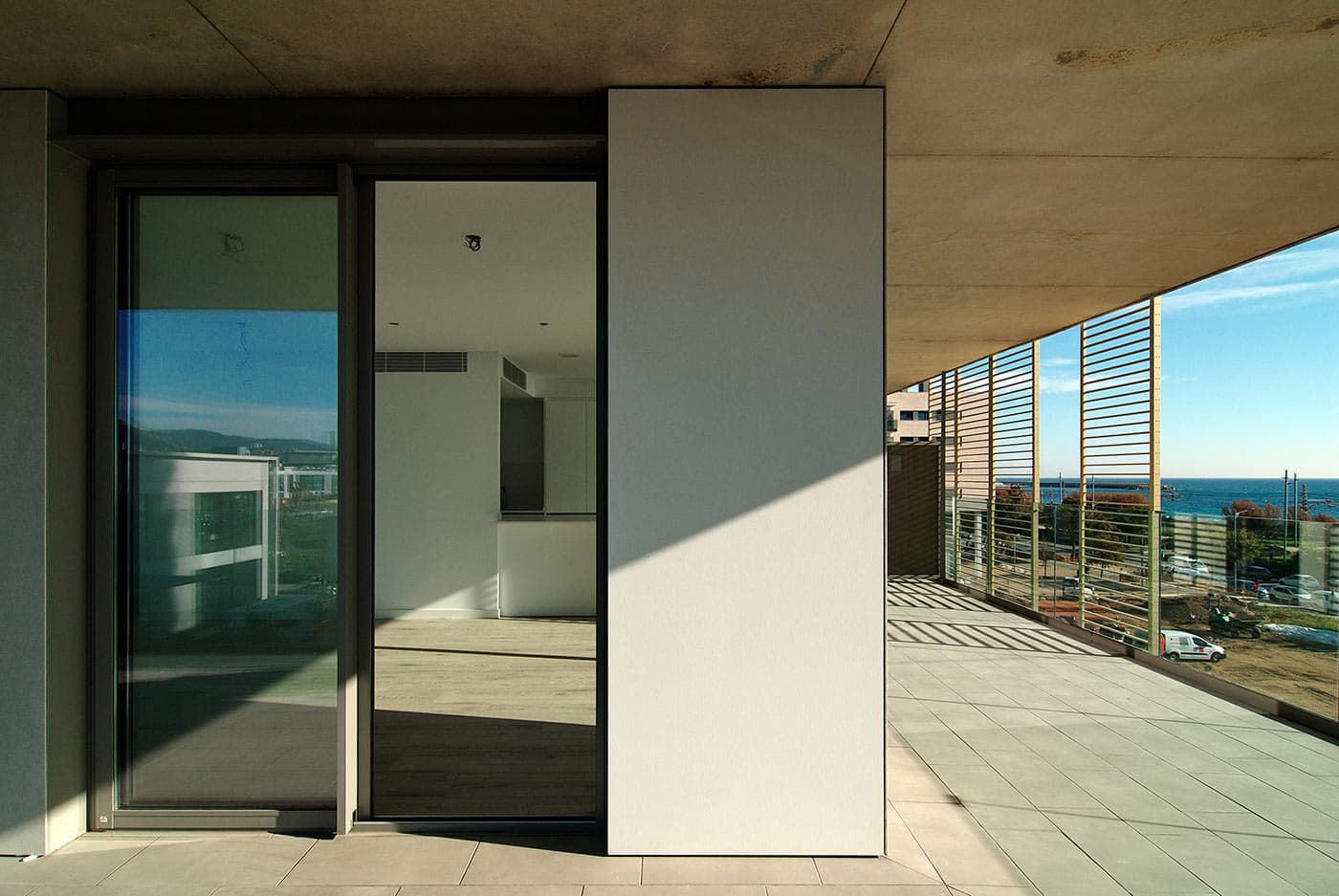 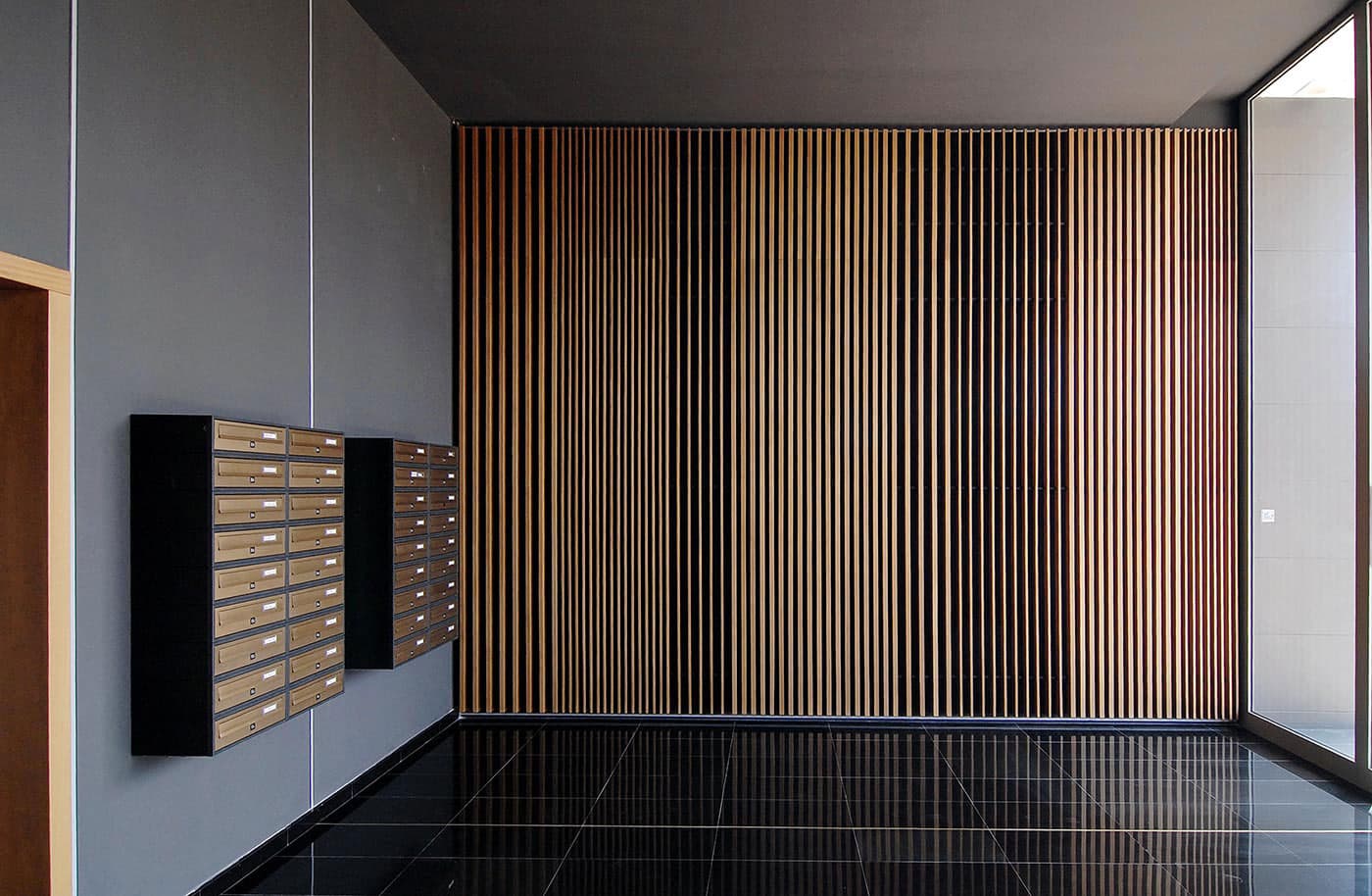 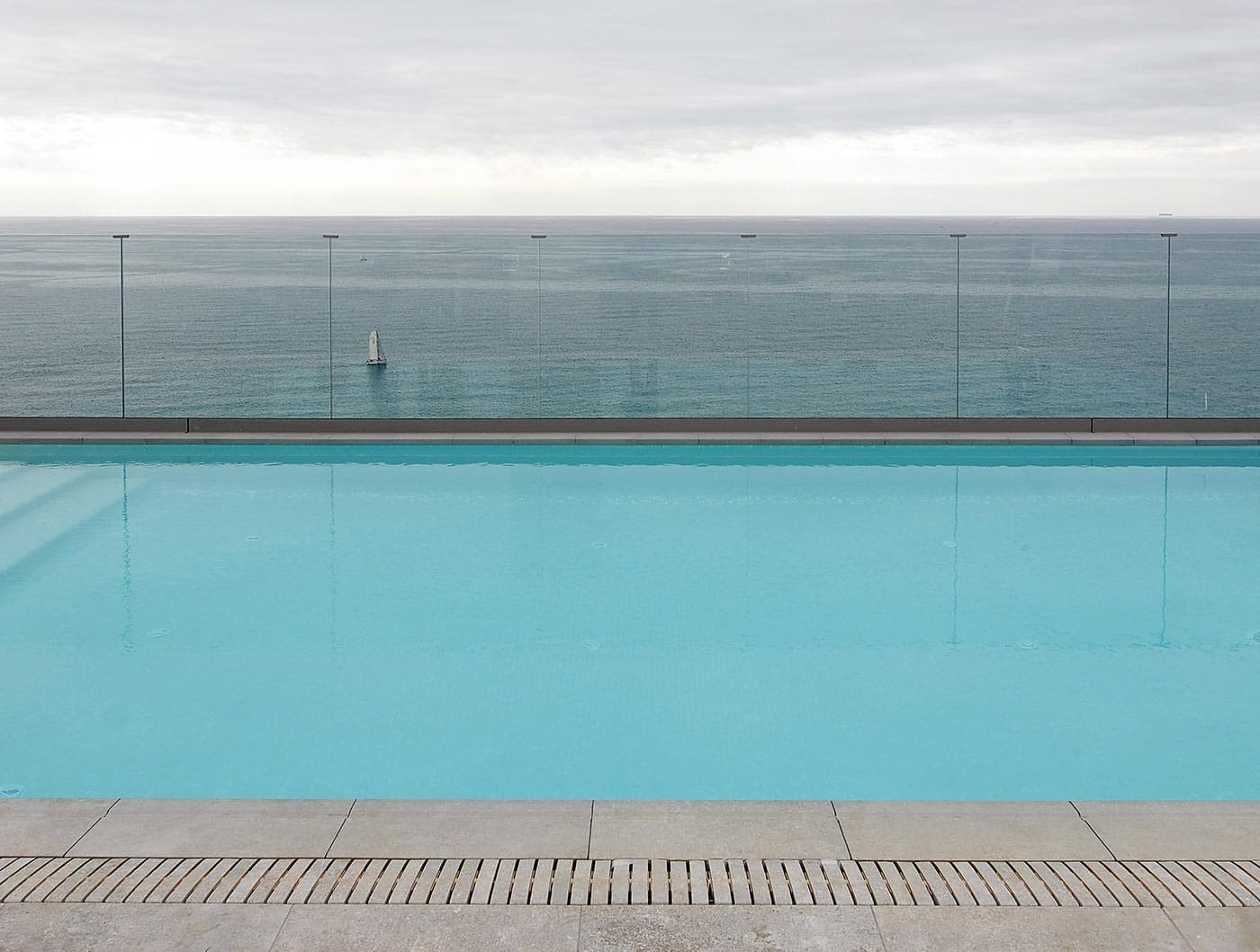 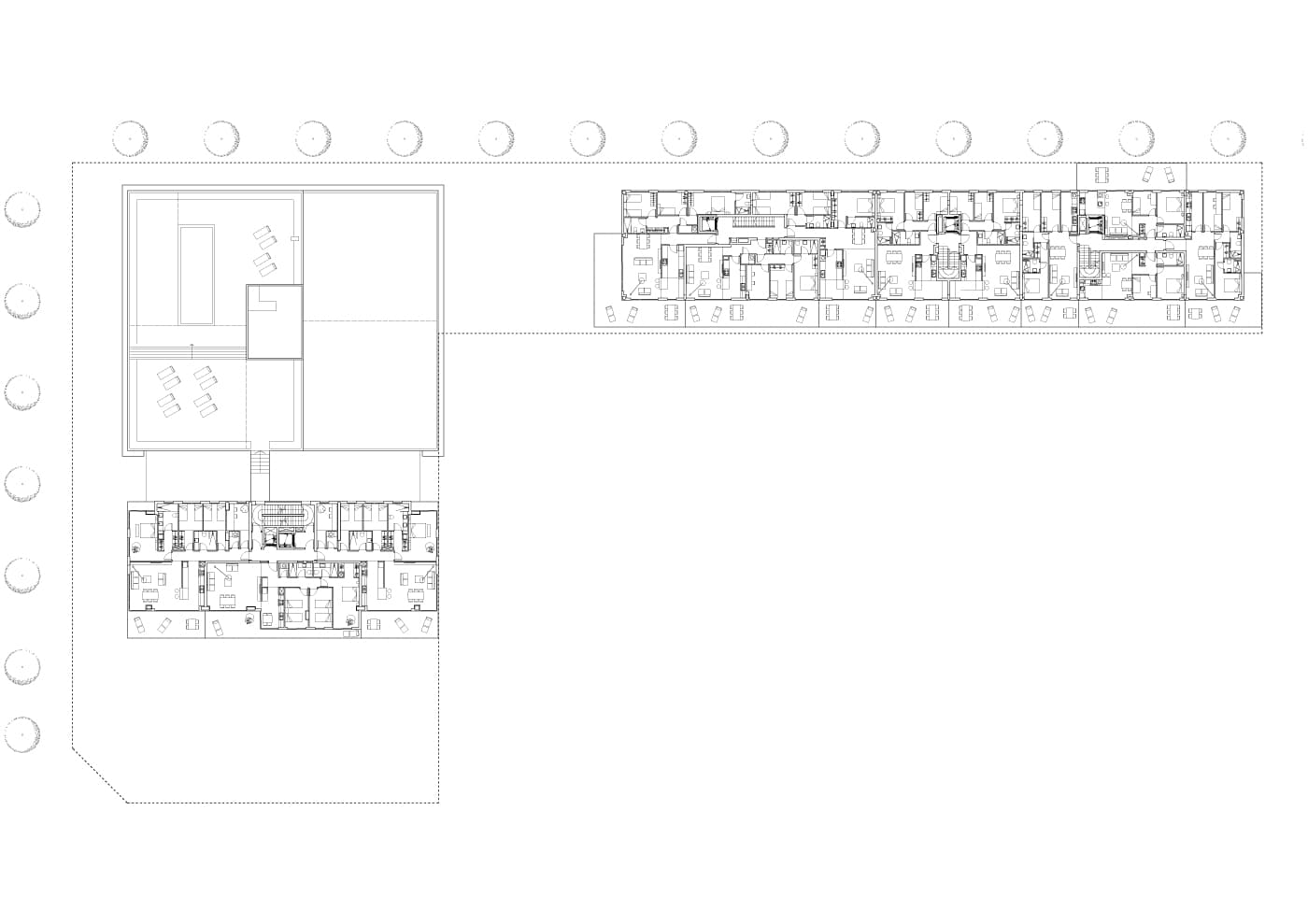 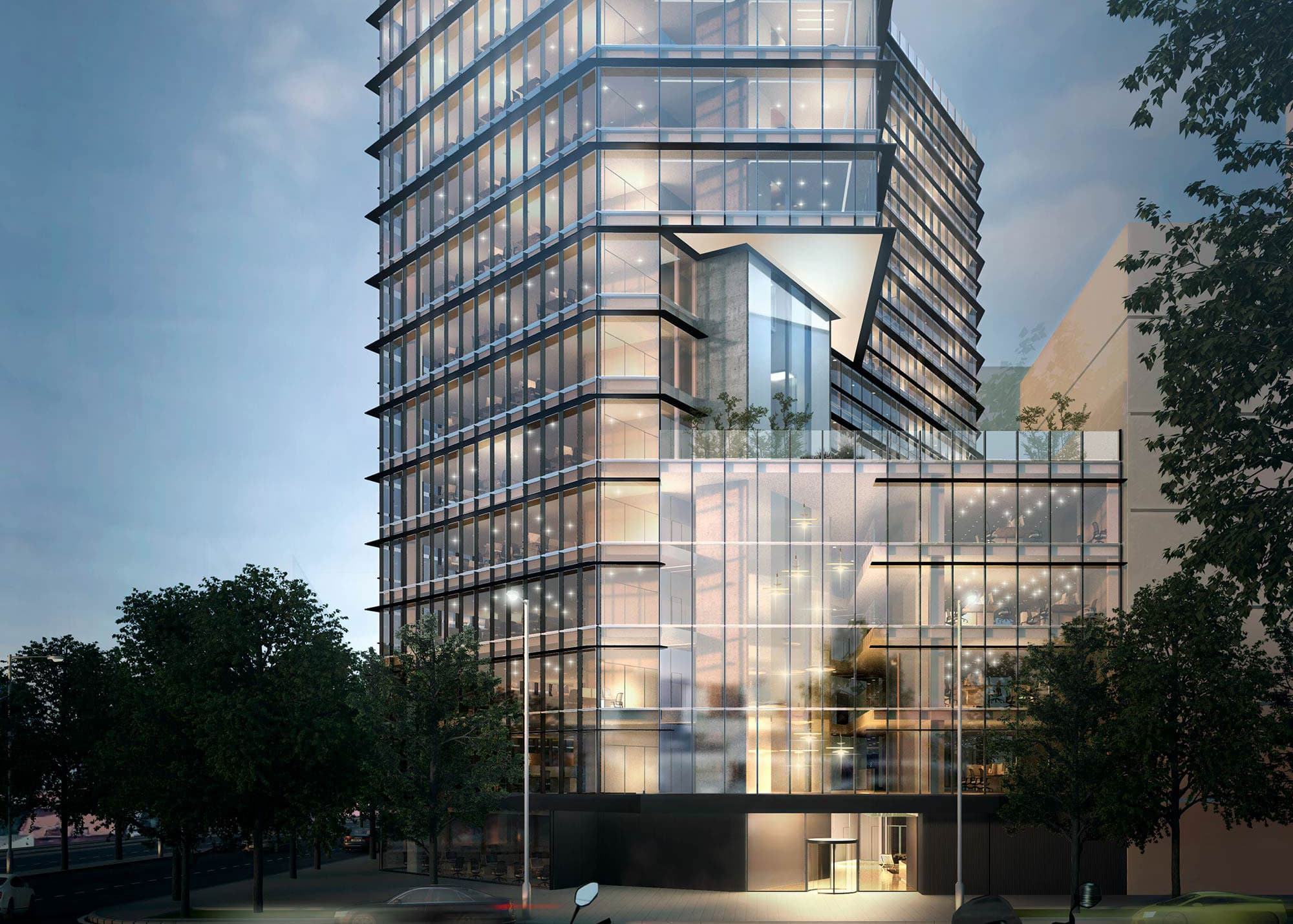 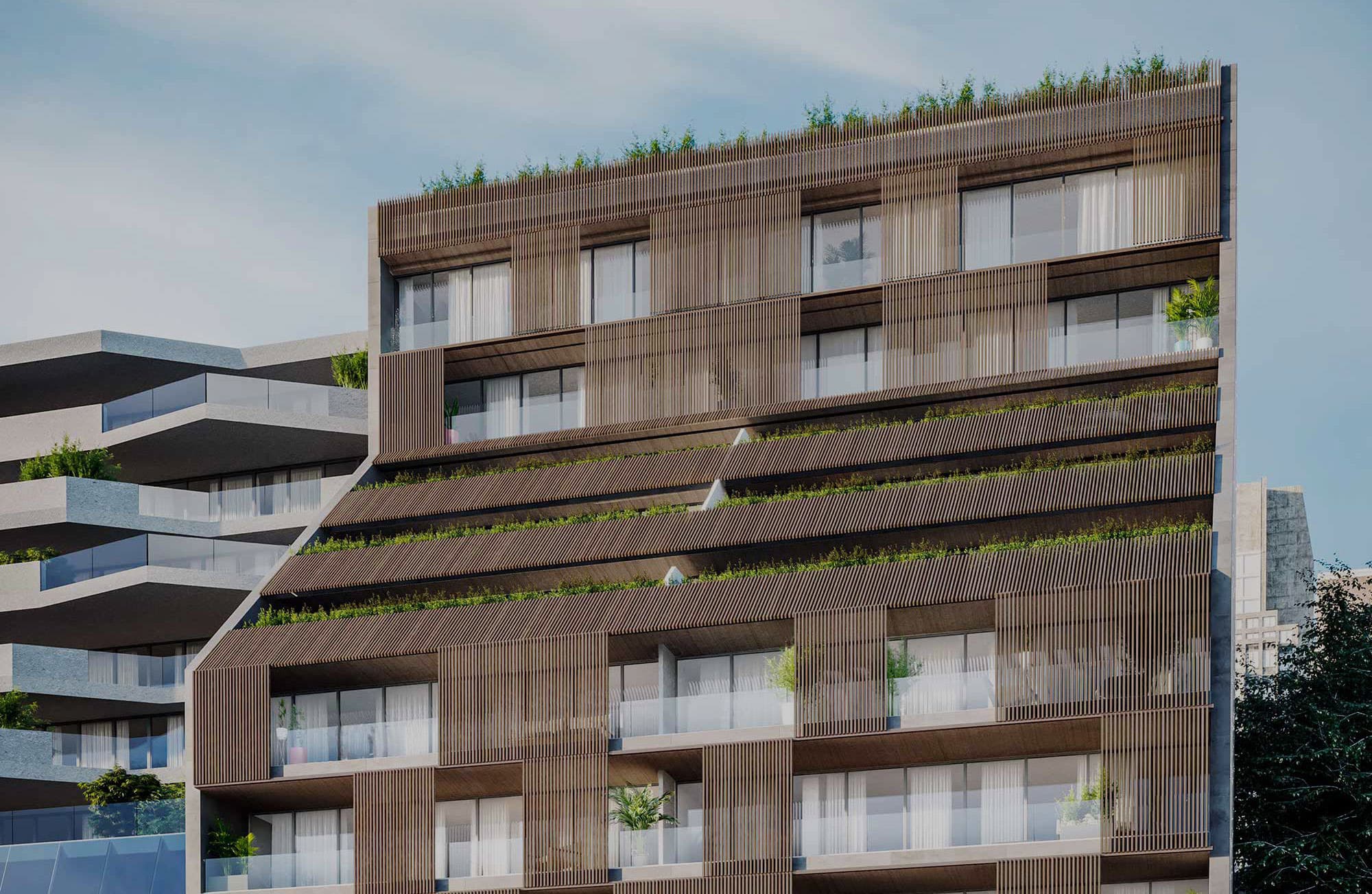