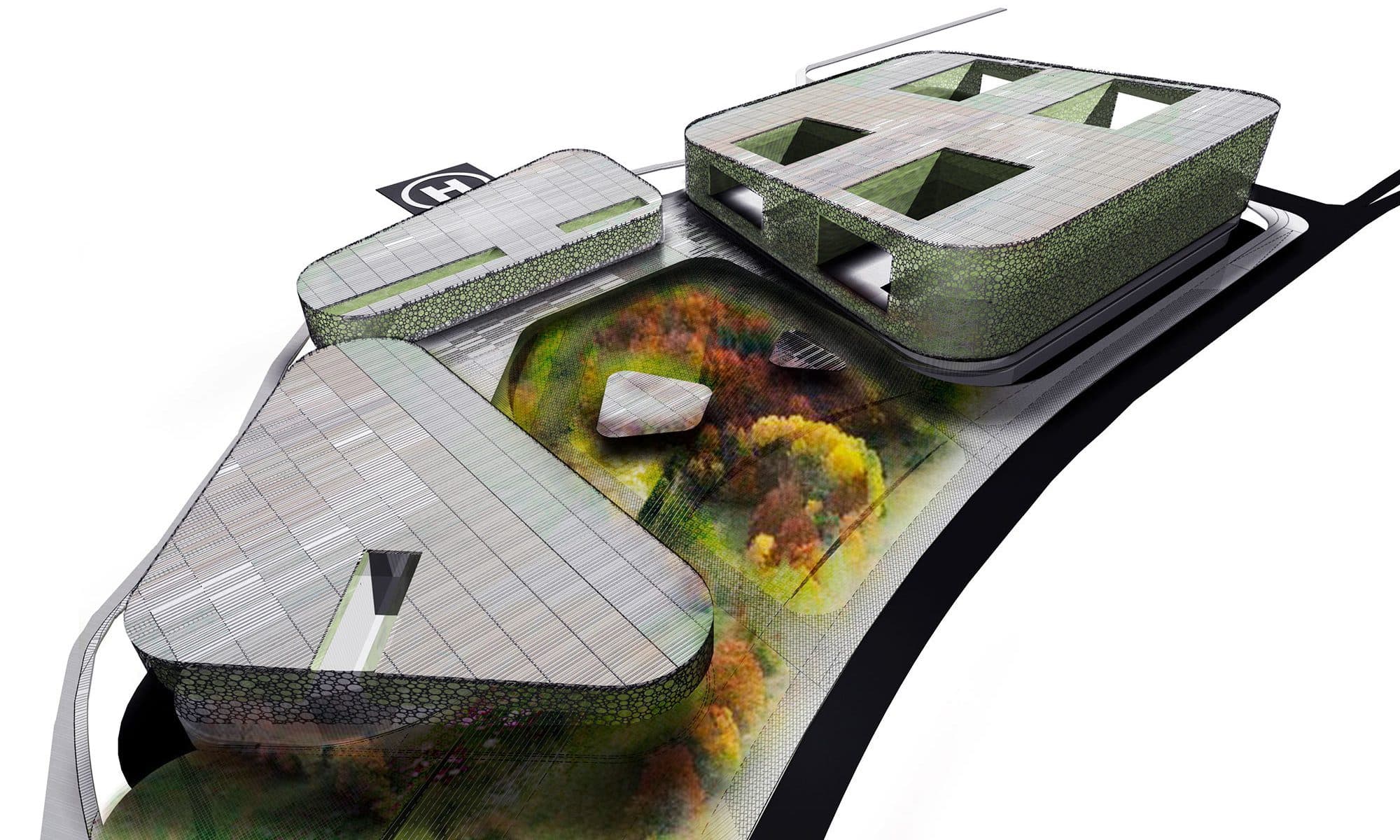 The proposed design of the project for the Doctor Trueta Hospital in Girona is based on an open, non-monumental building that envelops the city and its people, as well as identifying its lack of height as a desire to create a welcoming square of human dimensions. It similarly addresses any possible needs for flexibility in its use by considering future growth and the usual adaptations in this type of building.

The complex contains three volumes protected by skins of vibrant and reflective material. Three lively volumes whose appearance varies according to the indoor-outdoor luminosity: displaying their vital functioning and state of alertness at night, while forming part of and reflecting the city during the day.

The first volume, the administration building, acts as a boundary with the linear park, relating to it by means of a large, protruding body that invites passers-by to enter the square. The new hospital’s commitment to creating a city and connecting uses and spaces becomes latent with this gesture. The central volume also houses the diagnostic activities, while the third, larger volume contains the consulting rooms and hospital admissions.

A membrane covering the square connects the three cellular volumes, a metabolism that acts parasitically to envelop the existing hospital and ultimately form a technological pergola. This acts as a semi-open atrium overlooking the public square and city, creating shadows in the passageways and in specific areas of the square.

Two clearly differentiated routes have been proposed: one linked to the city’s entrance in the form of a public circuit and ambulance access and the other at the rear of the complex for goods and maintenance services.

In this way, we have created a space for people divided into two distinct areas. First, the hospital with all its functions and, second, a park linking the medical centre area with the adjacent roundabout. A new multifunctional, multipurpose space has also been proposed to encourage cultural, children’s, leisure, sports, relaxation and other activities. And all this in various execution phases in order to maintain the existing building within the central role generated by the future public square.

A hospital open to the city, welcoming and adaptable to potential new uses and demands. A response from the city within the city. 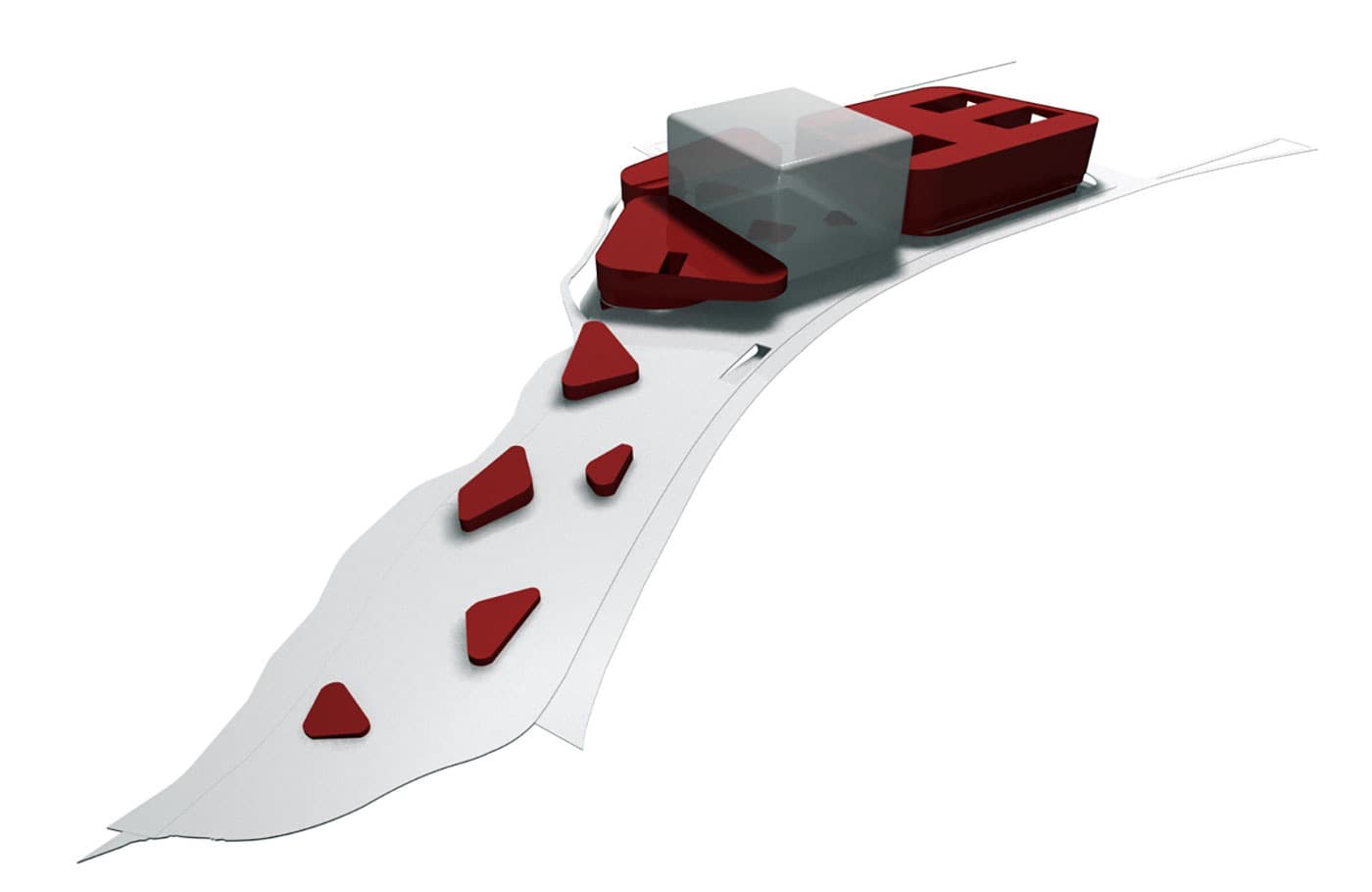 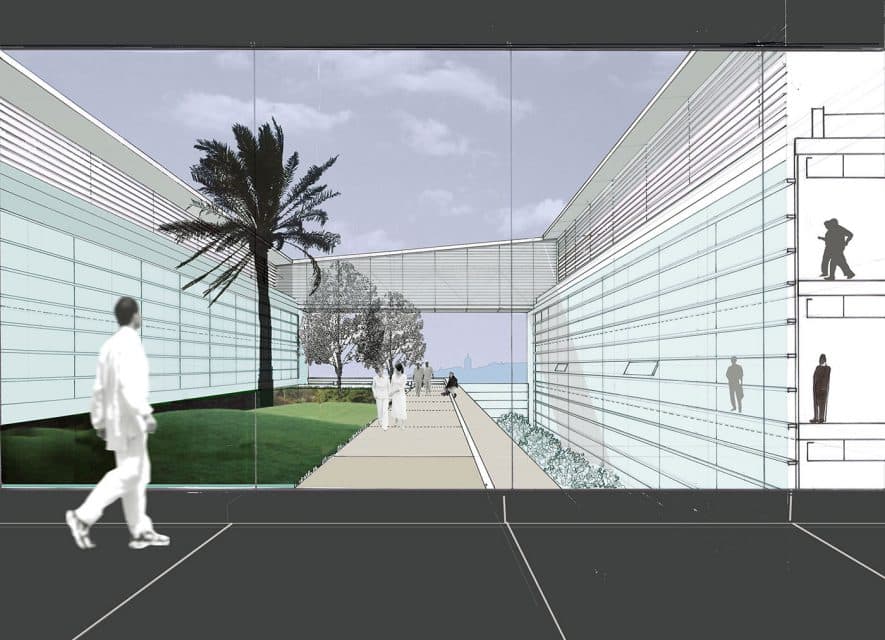 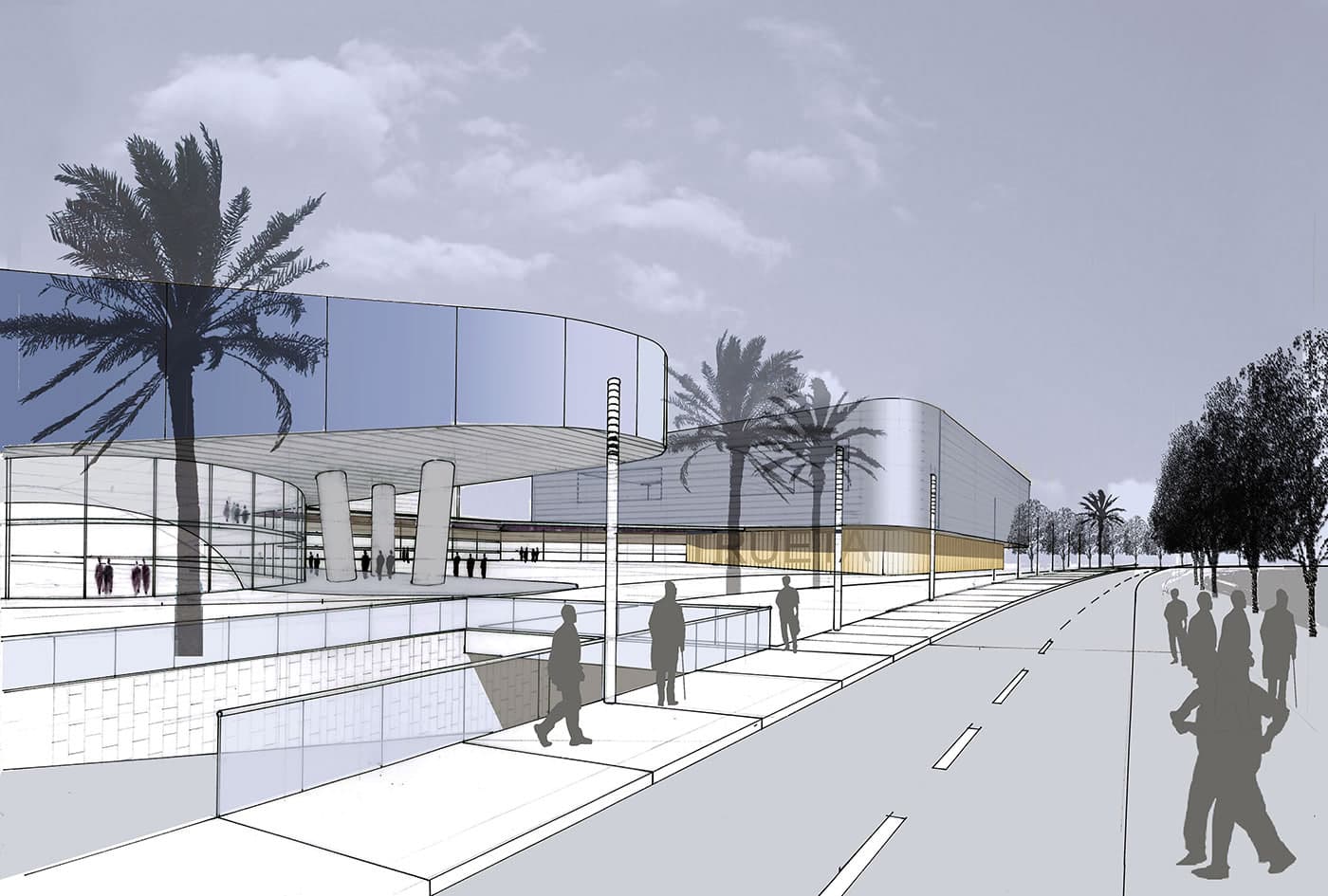 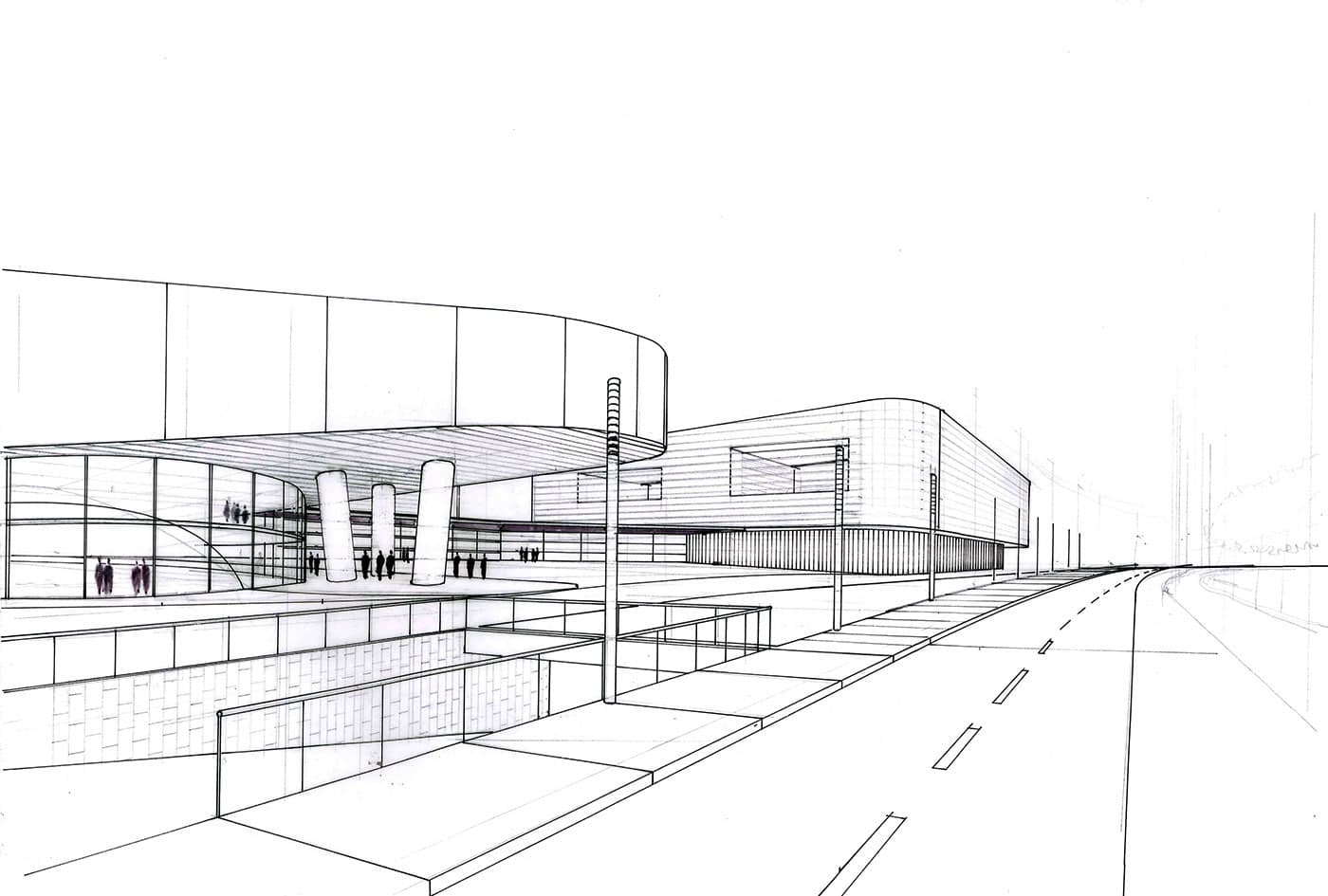 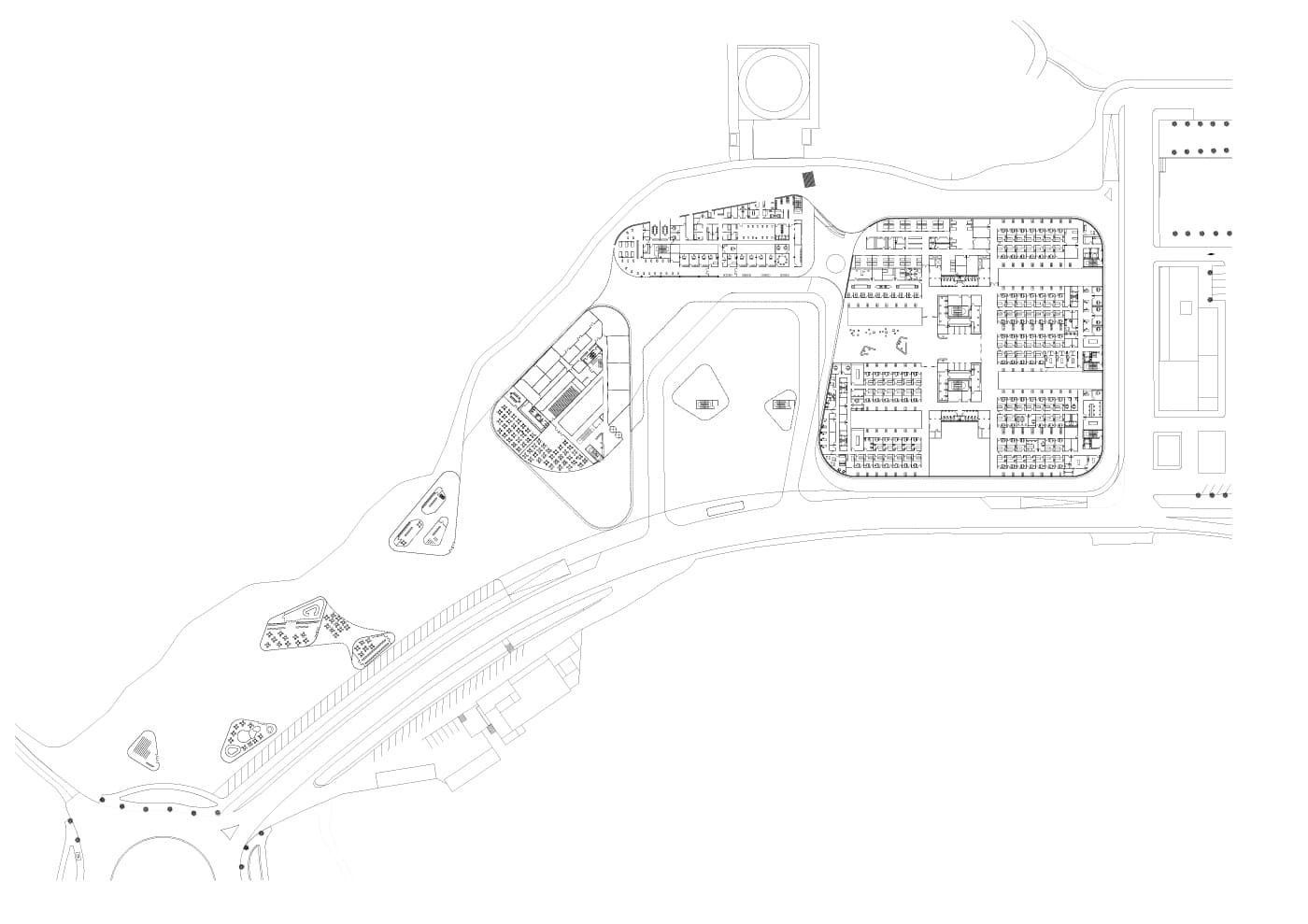 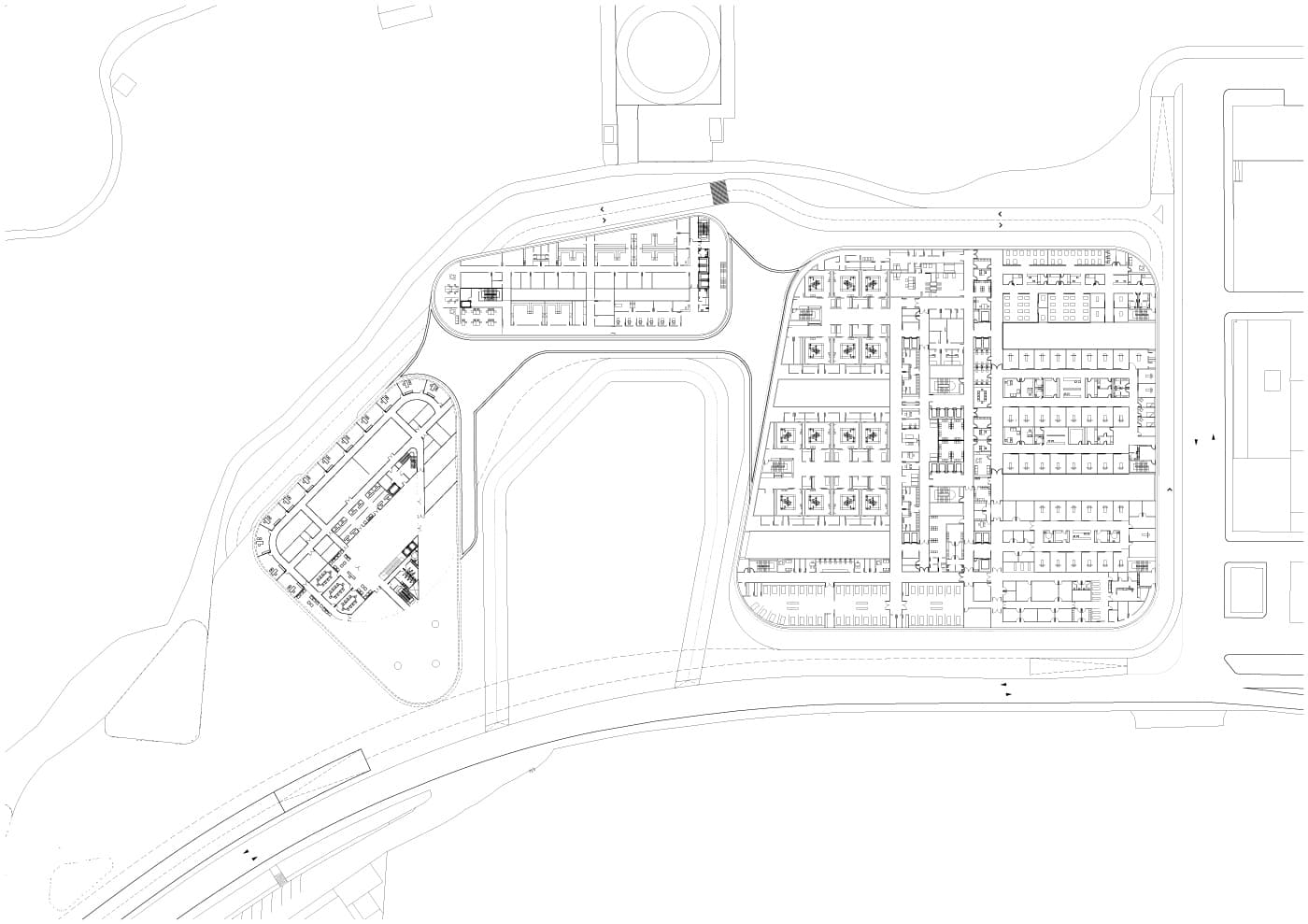 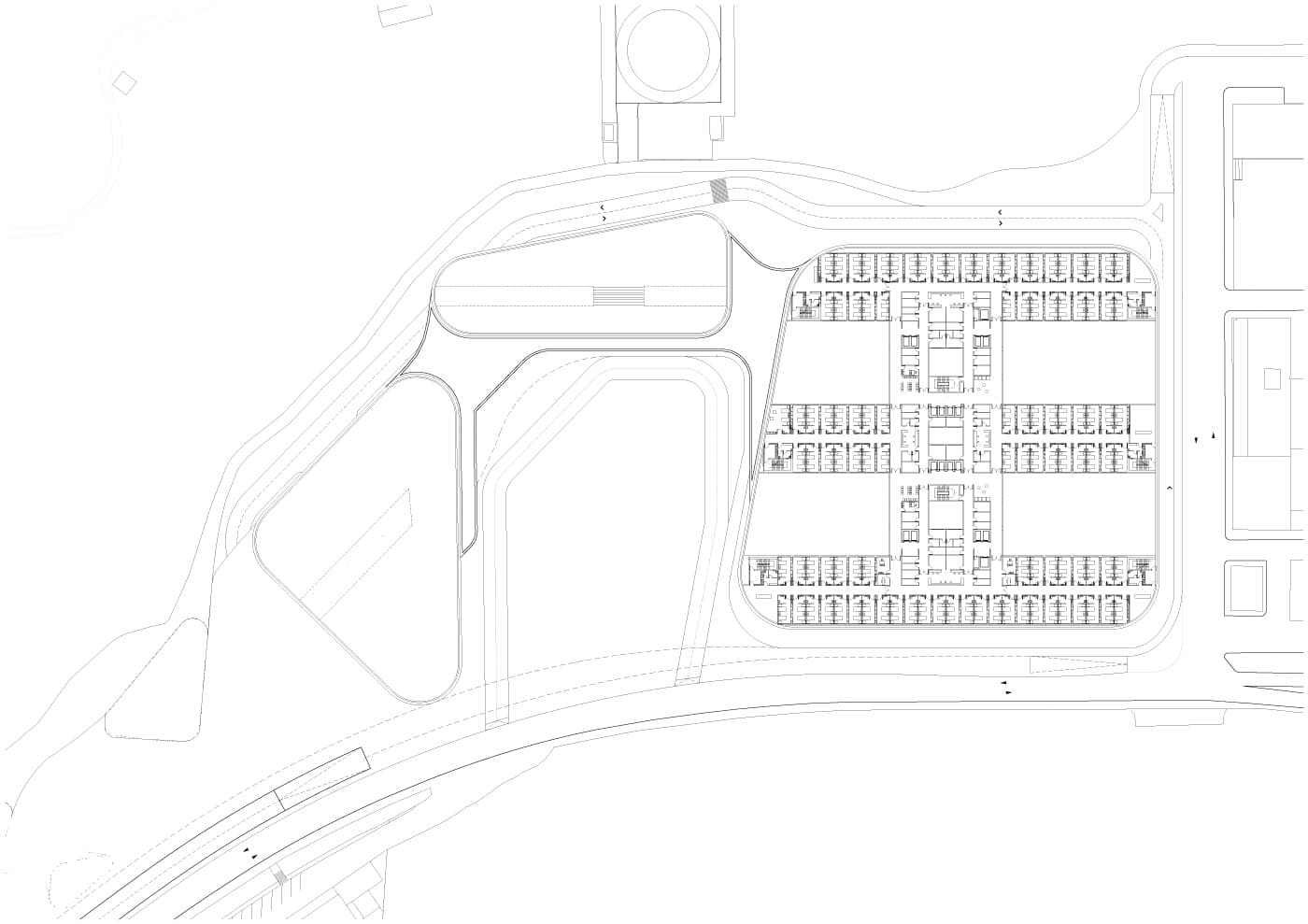 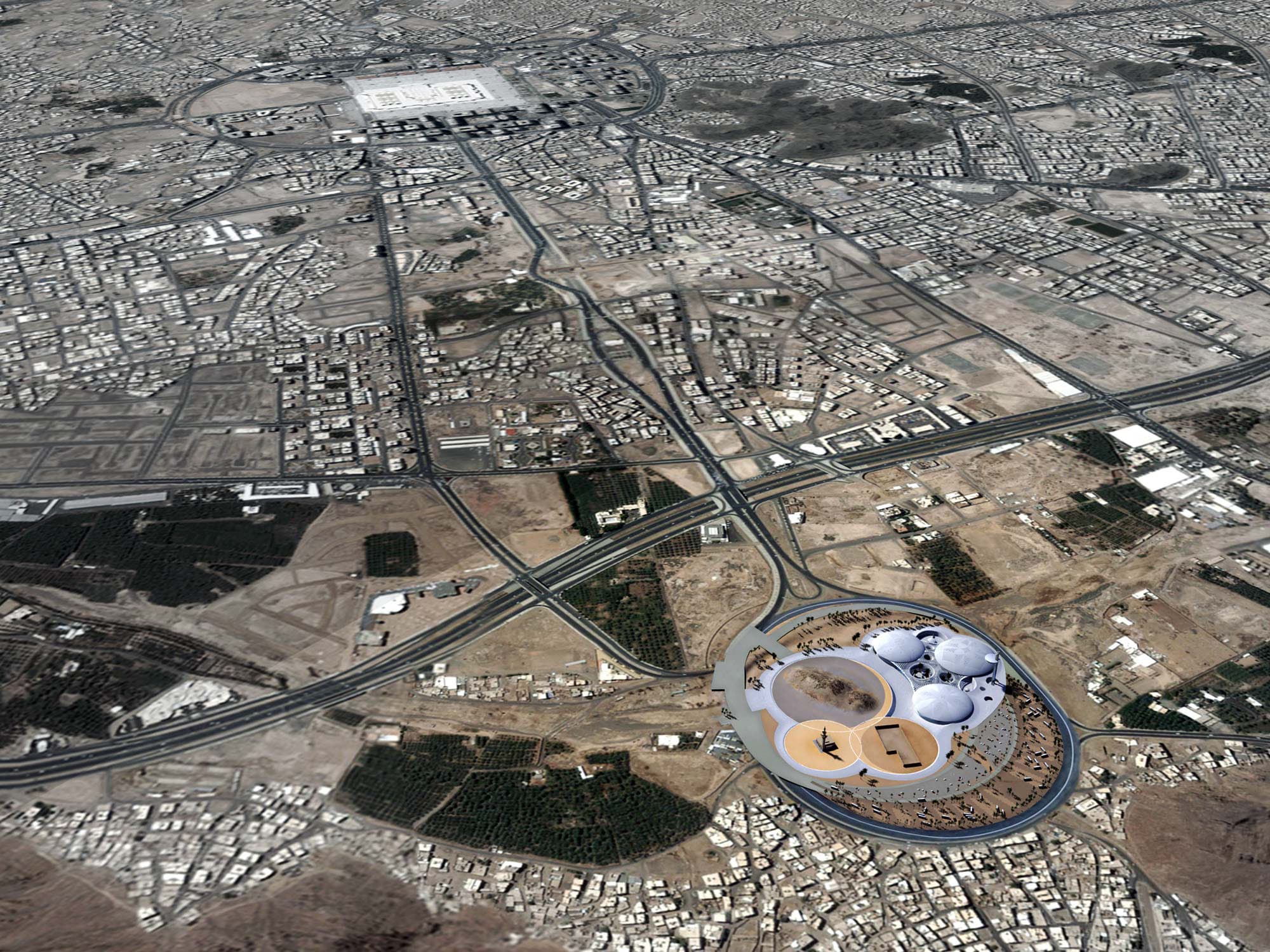 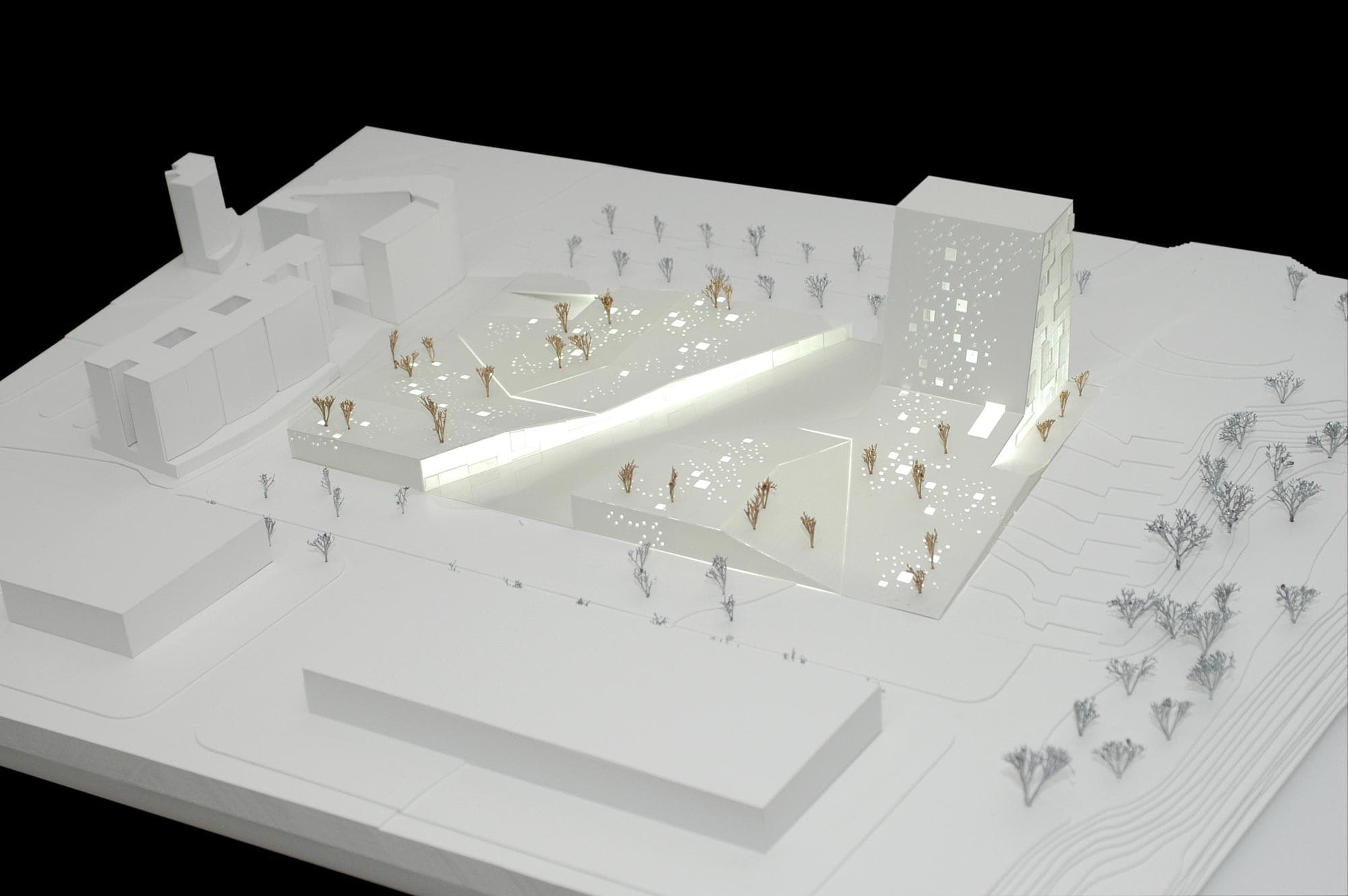