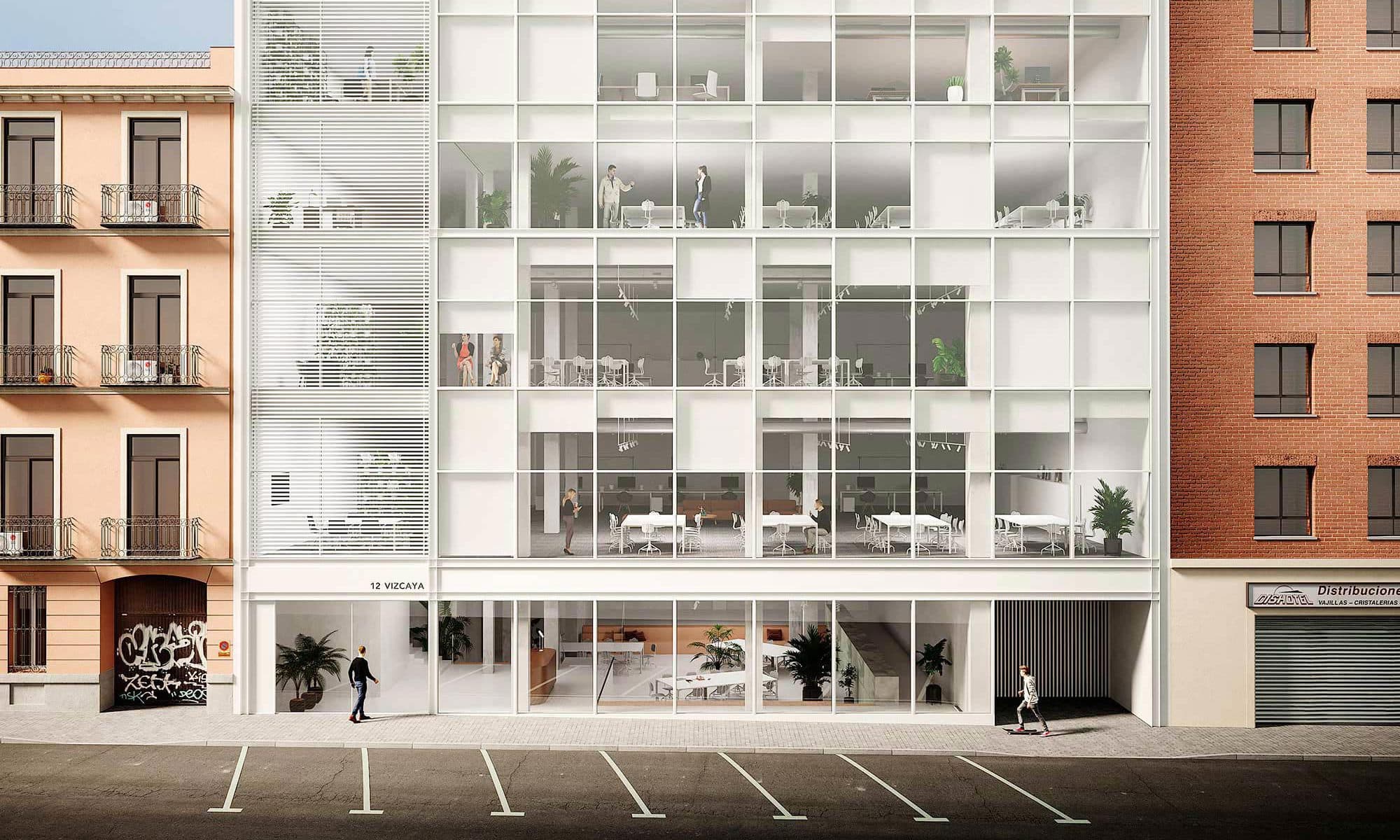 A strange element, a piece displaced from its usual context. The object of the intervention is an office block located in an area with a markedly residential character. Built in the 1960s, the building remains closed in on itself, depriving it of natural light and the possibility of dialogue with its surroundings.

The aim of the project is to adapt and update the work areas and this is based on an openness that enables natural light to enter and a contextualisation with its neighbourhood.

Opening it up to the outside by replacing the building’s façade with a new glazed one solves the problem of the lack of natural light in its indoor spaces.

The new façade is formed by a white curtain wall and divided by two axes (one vertical and one horizontal), thereby shaping four distinct sectors that organise the building’s indoor spaces and transform its proportions.

With regard to functionality, the floor plan has been redistributed by grouping all the services and communications in a perpendicular strip to the façade, freeing up the rest of the floor and creating completely open-plan work spaces.

The ground floor opens up to highlight the interplay of existing unevenness from the street, creating multipurpose work and event spaces and reinforcing the openness offered by the new façade. Several skylights have been added to the annex on the same floor to provide natural light to a previously dark area. The space for rooftop facilities has also been optimised to provide users with an area for outdoor interaction and work.

This is a project of adapting and contextualising to the times and surroundings, thereby enabling a dialogue between the building and the neighbourhood because of the transparency of its façade and opening up of indoor spaces. 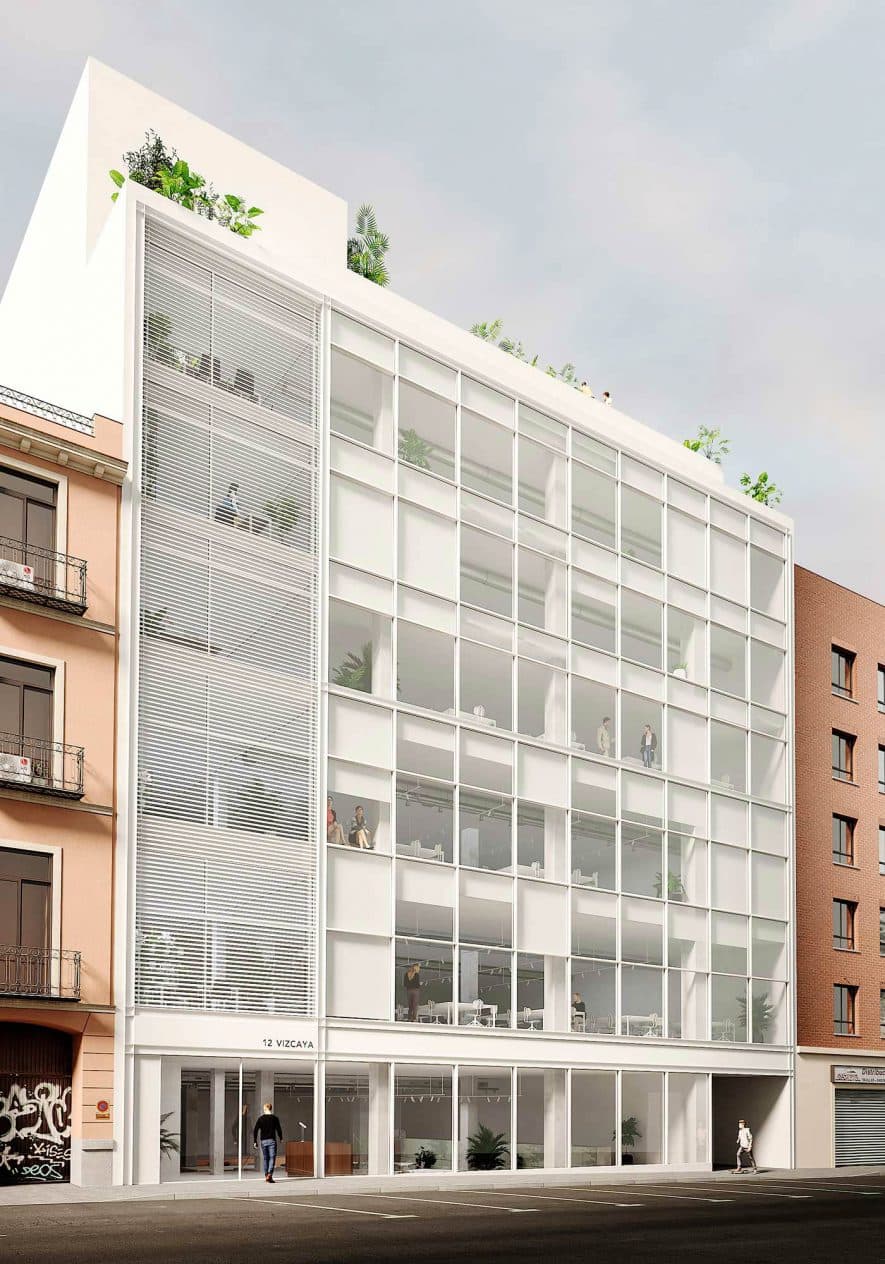 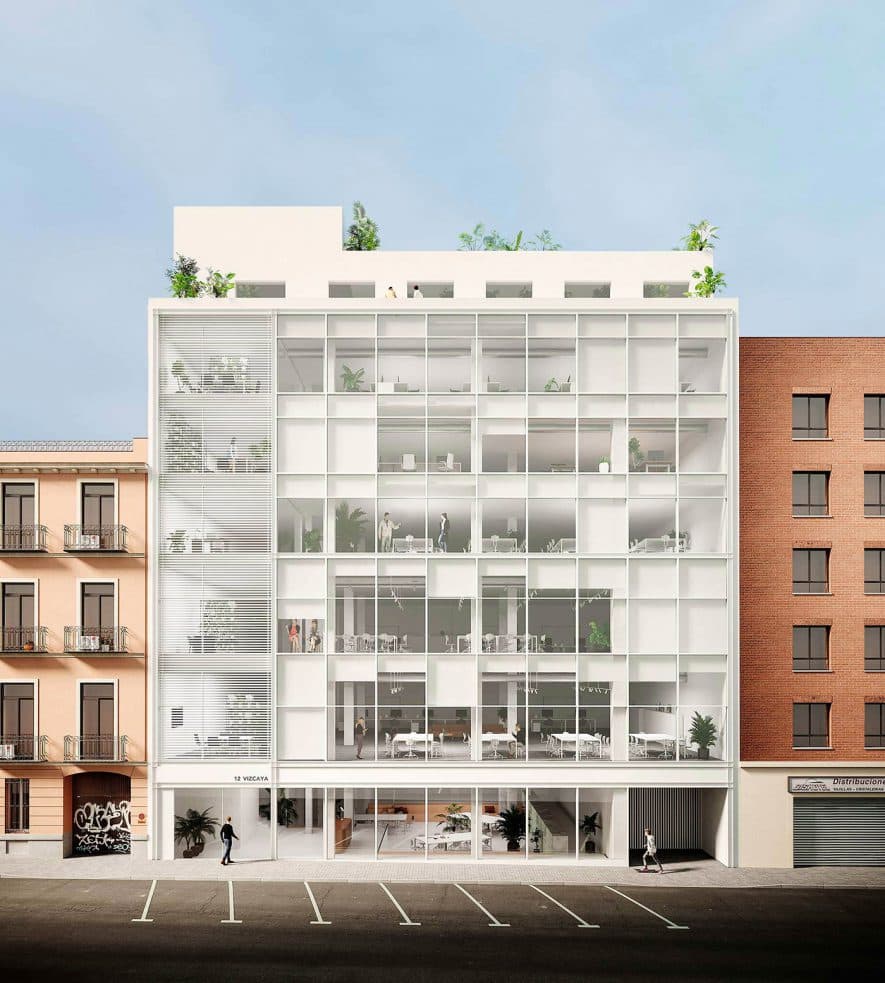 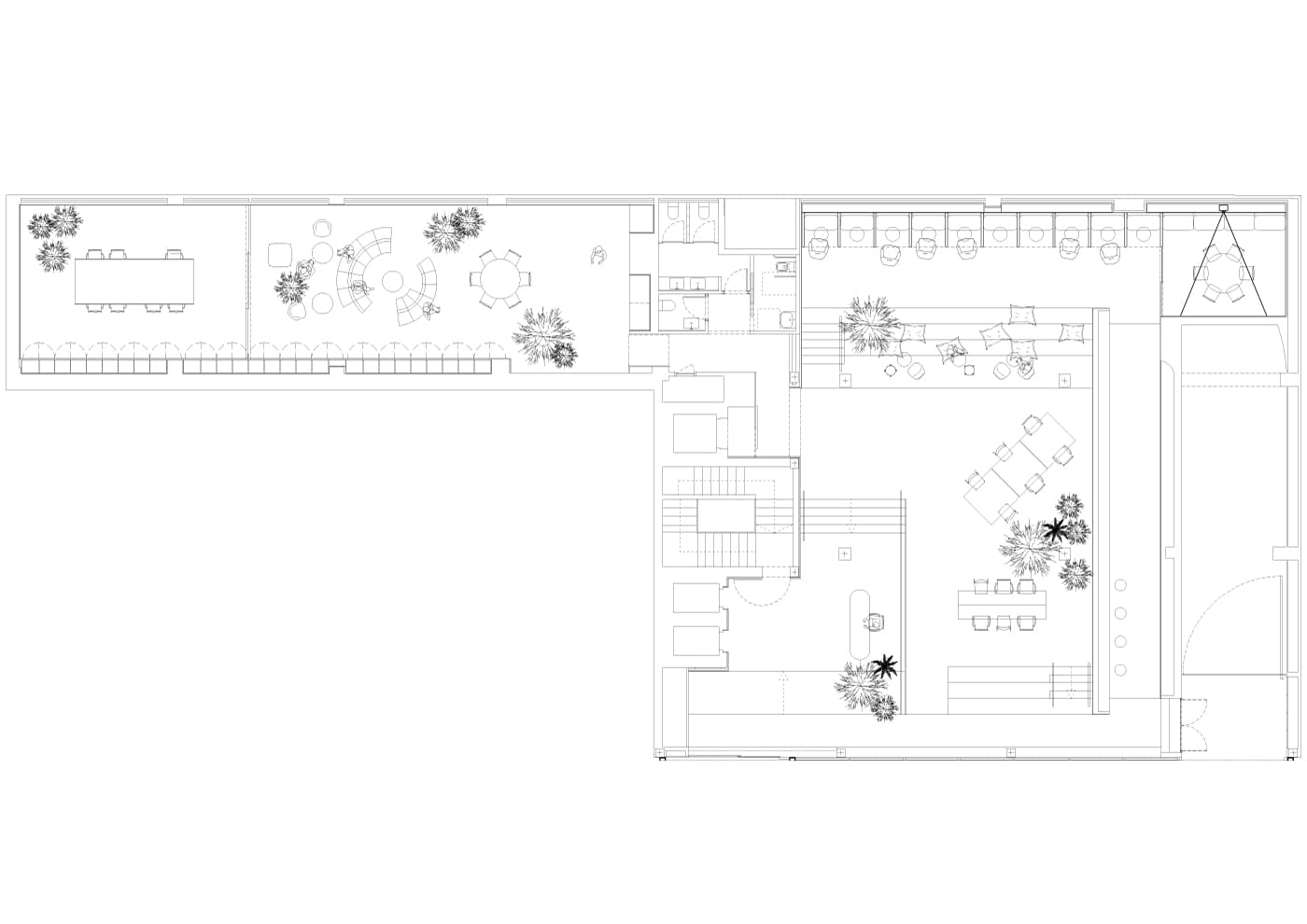 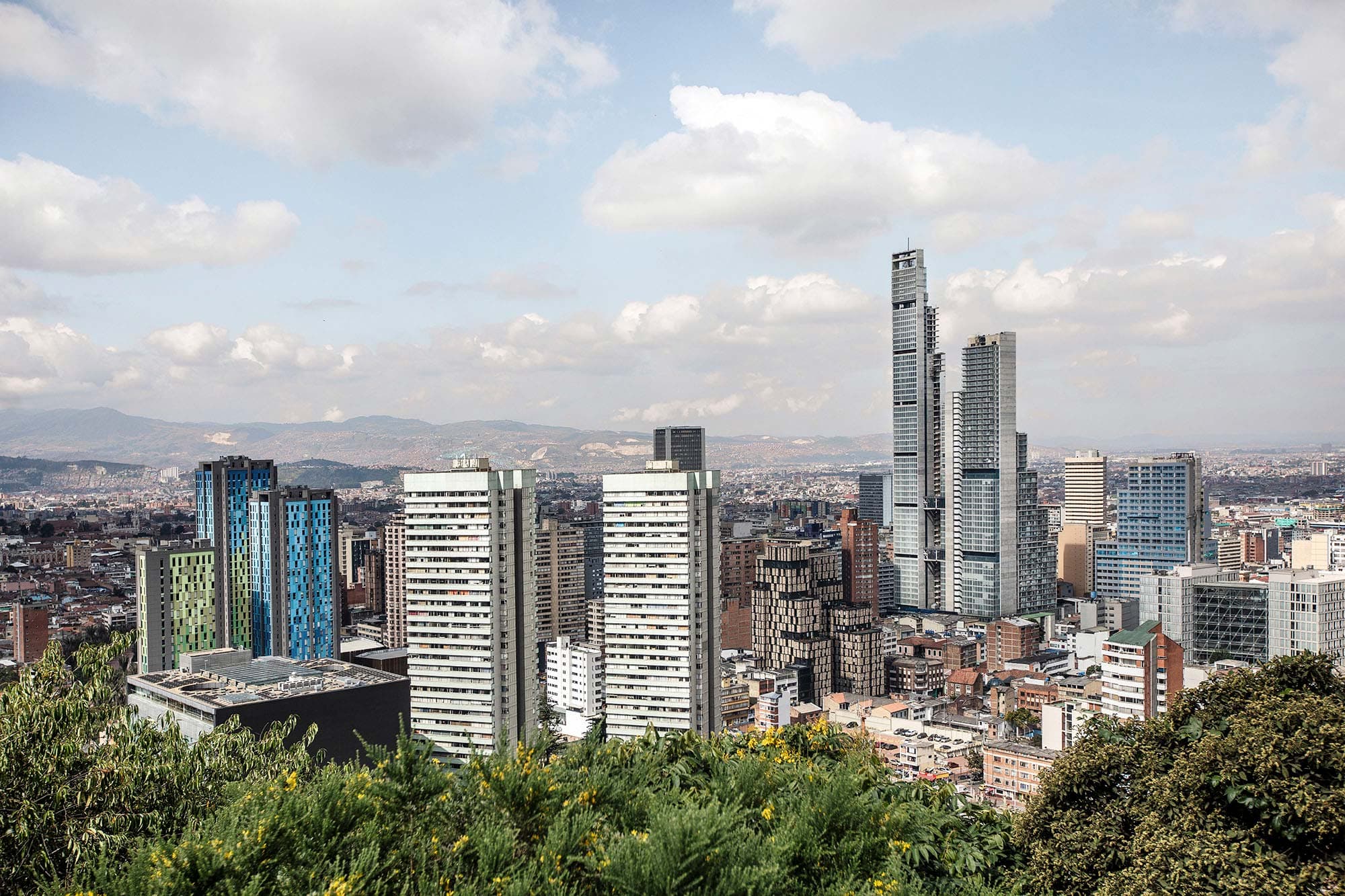