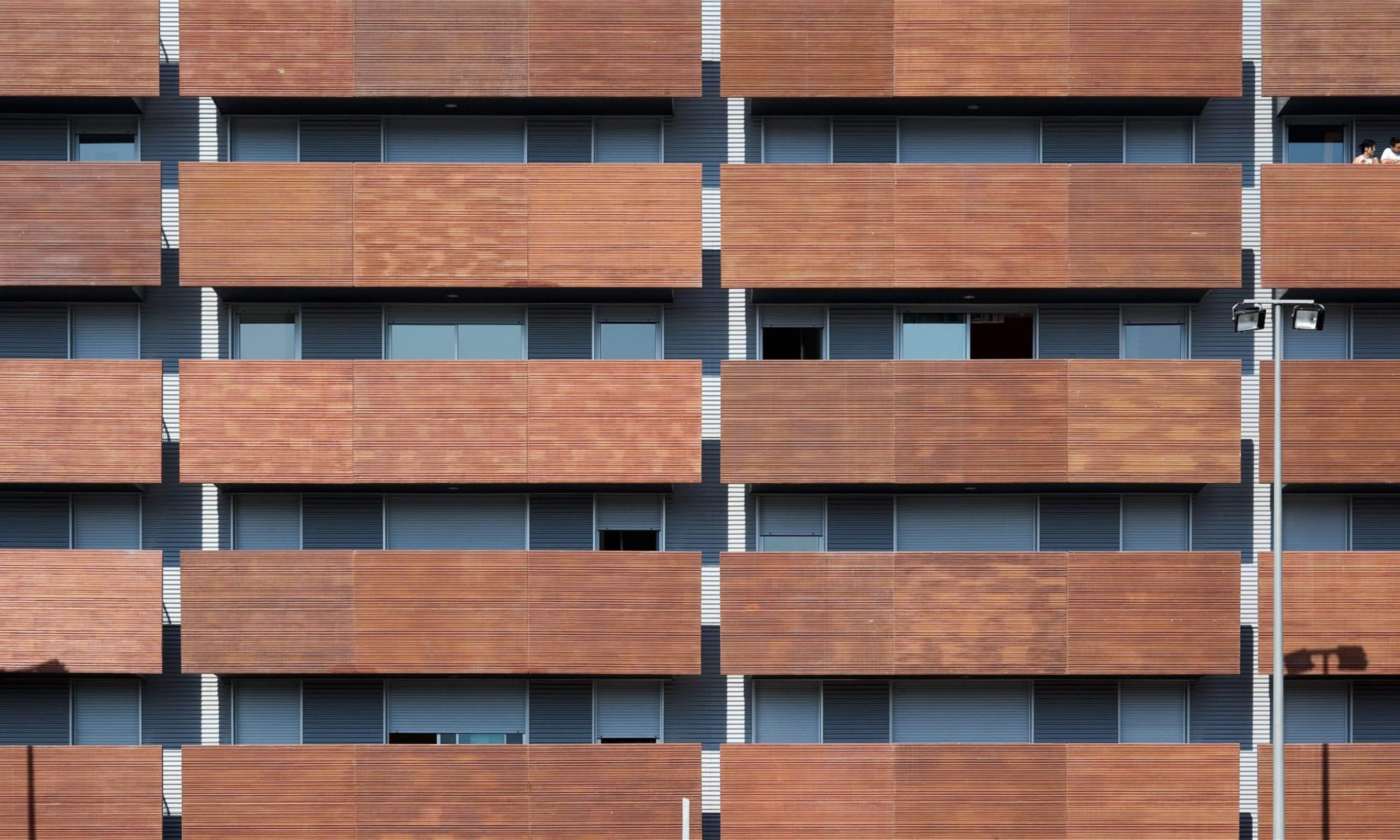 Beyond the idea of social housing

This project primarily involves two aspects: a tight budget and a singularity because of its symbolic representativeness of Barcelona City Council’s actions in subsidised housing.

The site, the former municipal towing services depot, is located in an area that encloses an entire block front and faces a space in which a future square is to be created, the social hub of the area.

The building’s façade has been resolved by using solid solutions based on prefabricated concrete systems attached to the structure that are worked on in detail to control and bring them more in line to the domesticity required by the functional programme.

The main façades are therefore white precast concrete, and the balcony parapets are moulded concrete, generating a texture that provides shade and volume, tinted in turn with iron oxides to give colour and movement. The design also helps to reduce execution times and limit the generation of on-site waste.

The flats or typologies follow the same functional plan internally that concentrates bathrooms further inside and places bedrooms and kitchens at the rear, reserving the main façade for the living-dining room and master bedroom, both of which share a terrace.

The types of side walls have been adapted to the unique geometry of the façades and the various heights of the streets they face.

A general idea of monumentality and respect can be seen in the final result to imbue this affordable housing programme with the utmost dignity.

The project was awarded the National First Prize by APCE for the best social housing building 2007. 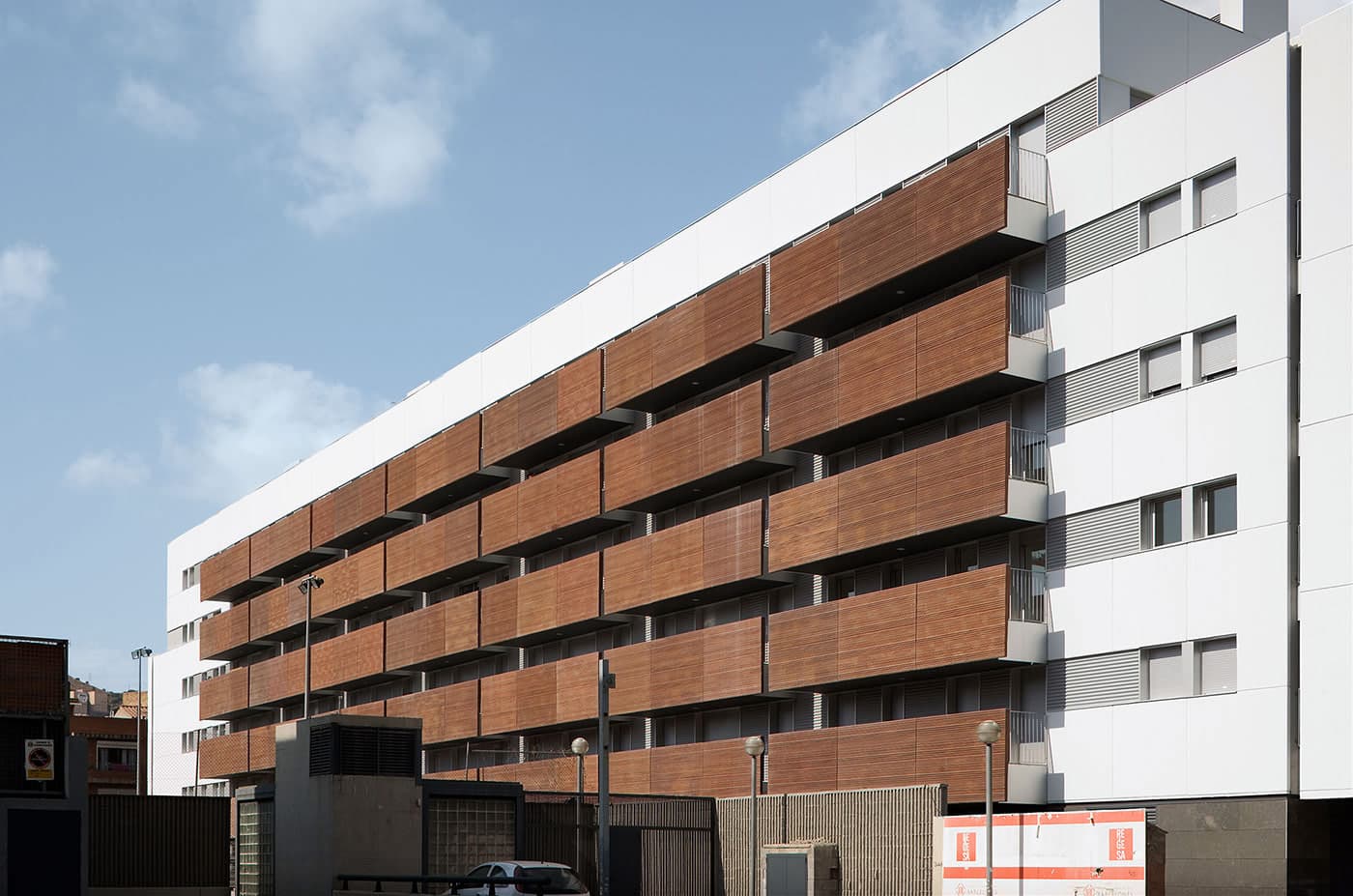 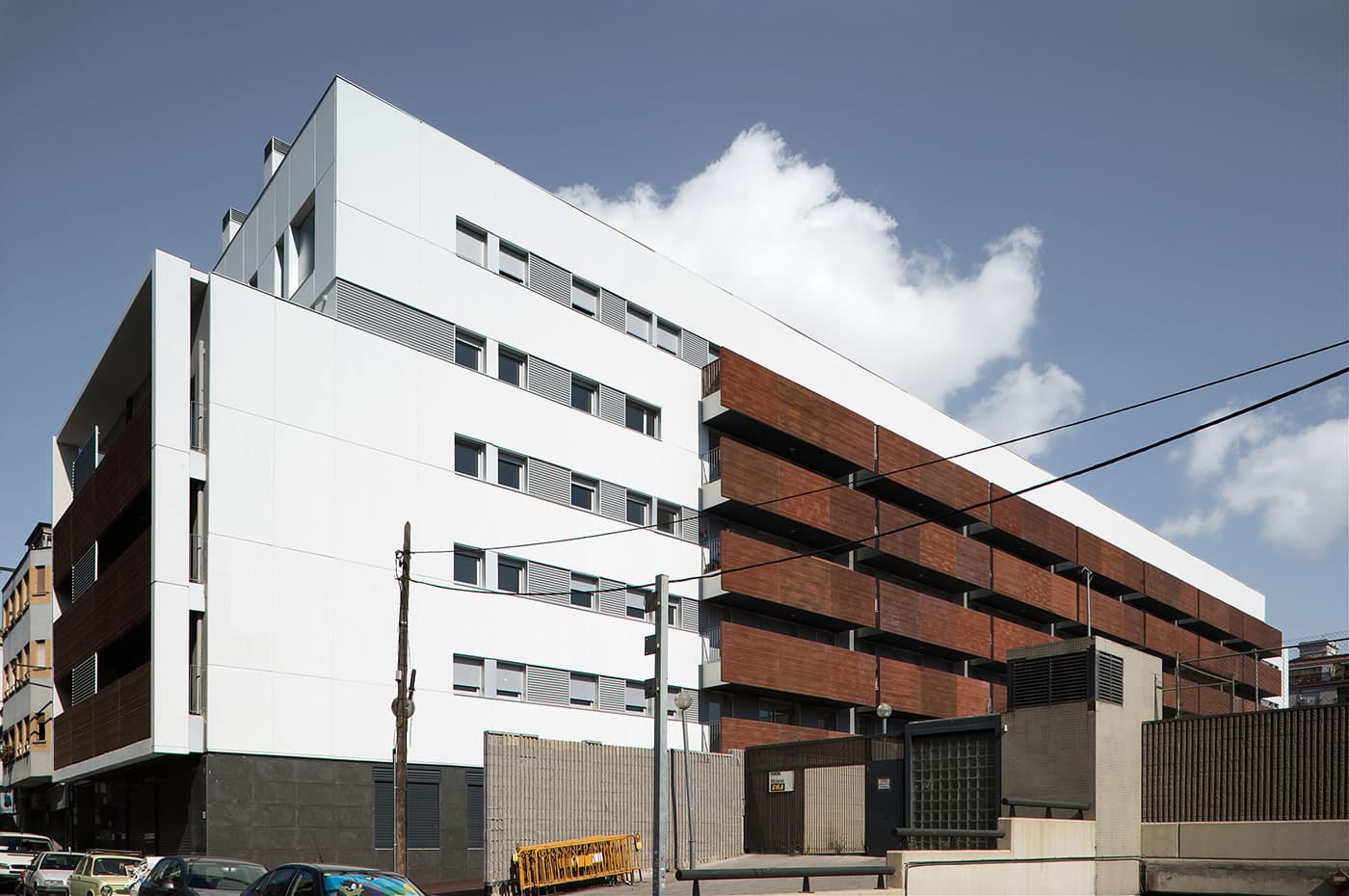 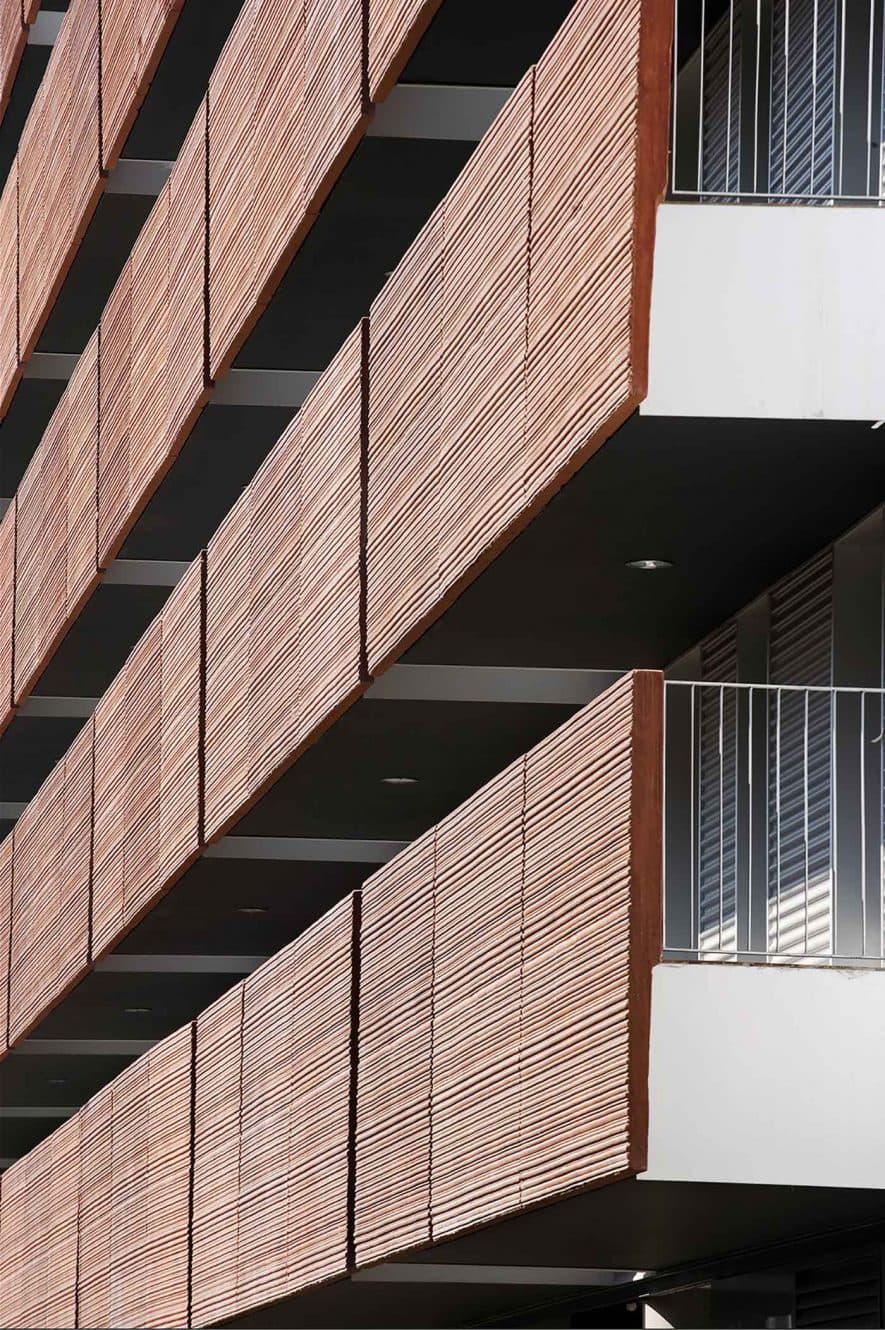 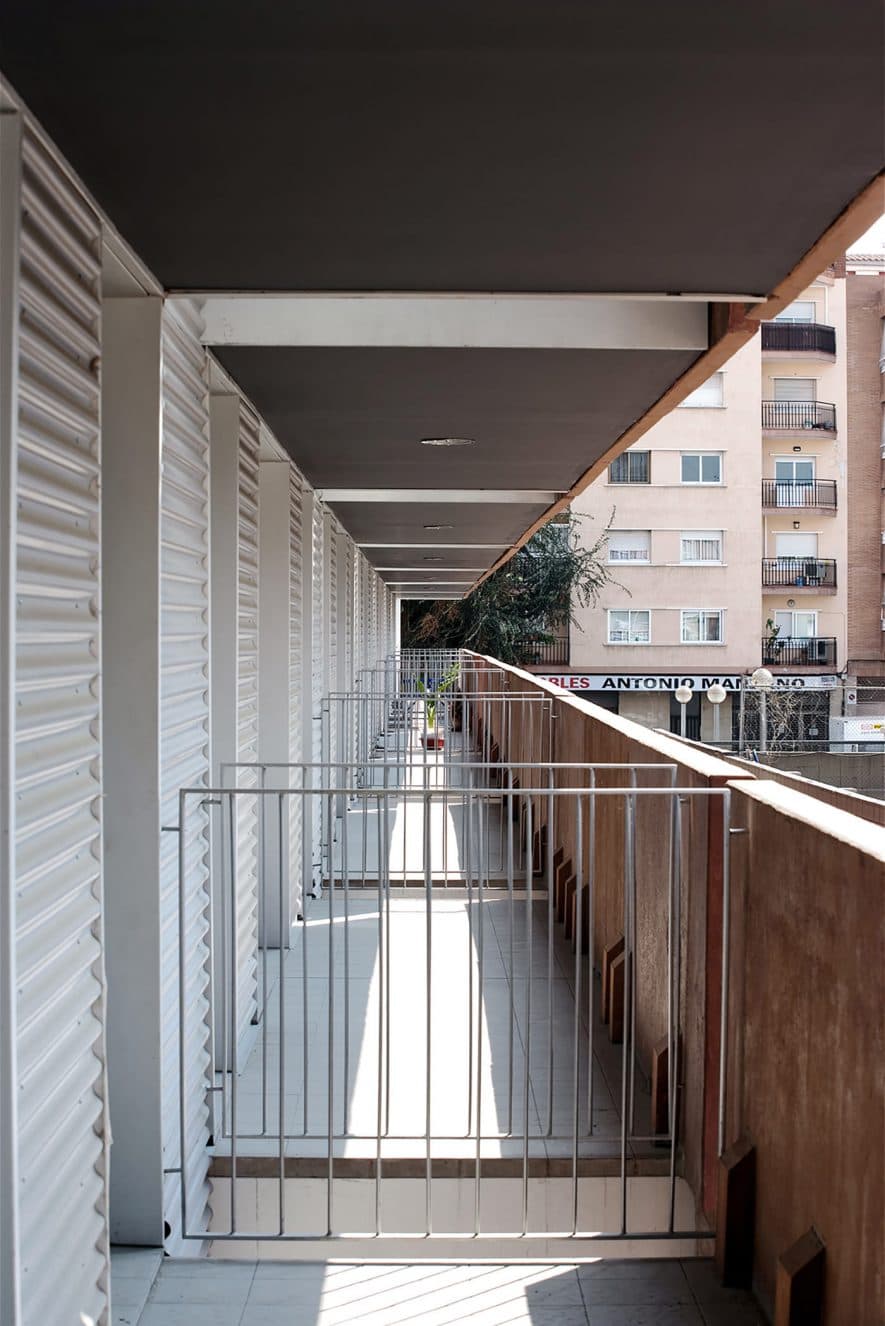 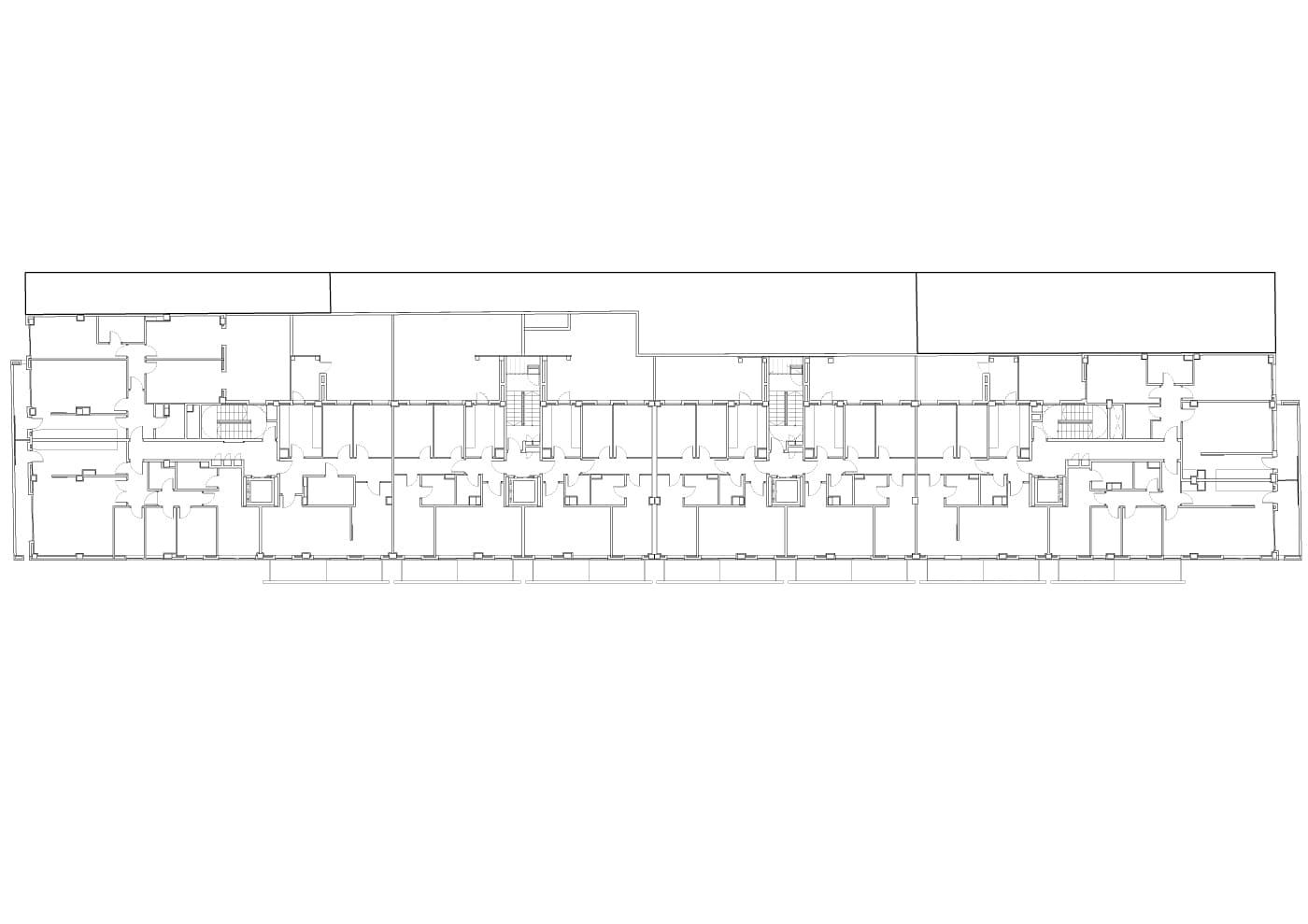 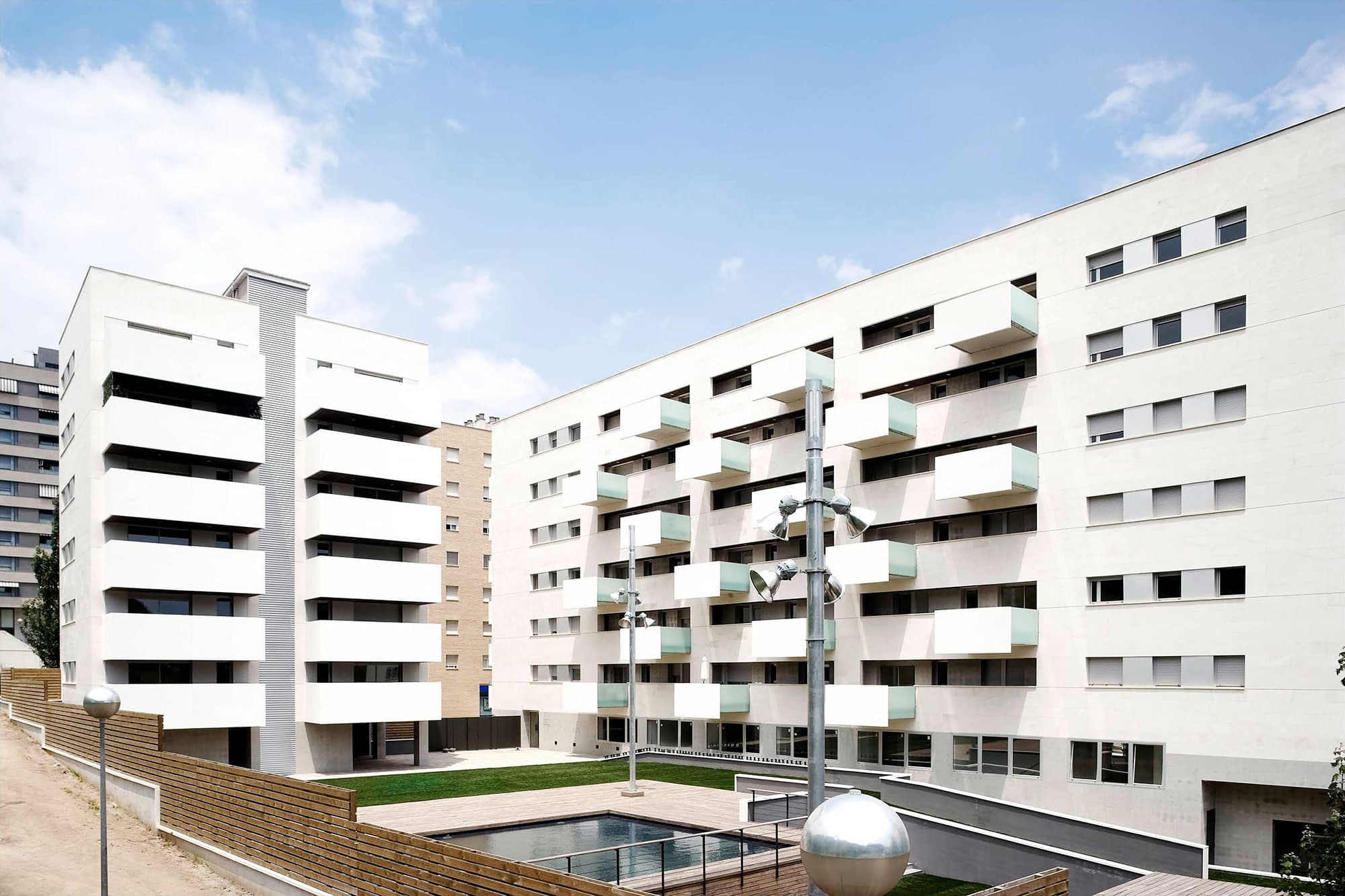