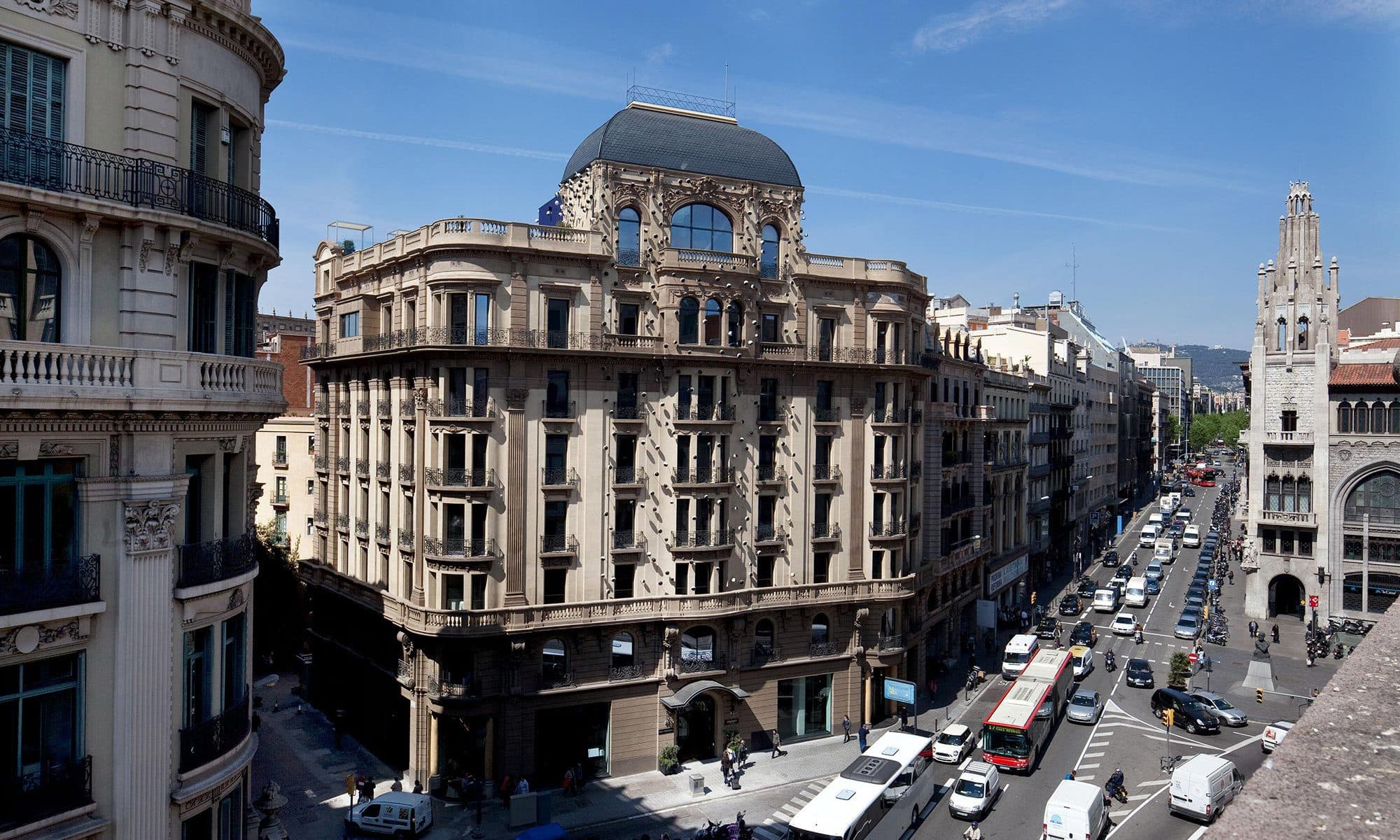 Located on a landmark corner of Barcelona’s Ciutat Vella district, this house by Heribert Salas (1926-2011), built in 1926, could never be considered a finished project. Dovetailing what was thought to be a modern building at the time into the fabric of the neighbourhood left wounds that have taken more than 80 years to heal.

In the meantime, this strategic corner has been used for a variety of activities: a department store that ended up giving the building its name (the first national department store, Casa Vilardell), a police station... and now, a hotel.
The project to develop a hotel design for the building was both a challenge and opportunity to finish stitching together Via Laietana with Carrer Comtal, something that had been left unresolved at the time.

Nonetheless, hotel use in the 21st century has little to do with a 20th-century residential building, and the fit of a complex programme together with the need to achieve a minimum number of parking spaces demanded demolishing what existed and preserving what was needed: the façade.

So thanks to a load-bearing structure that left the façade suspended in the air for a year, we managed to provide the complex with three underground floors: one for convention rooms and hotel services, one for parking and the third for water tanks.

The remaining floors are arranged around the main staircase, which preserves its original layout, and accommodate a restaurant and bar on the ground floor, reception and restaurant on the mezzanine floor and 72 rooms distributed over six floors.

The roof is separated by a loggia crowned by a dome that houses a large suite with an impressive rooftop area and swimming pool enclosed on two sides by glass walls. A fifth façade with spectacular 360-degree views of the city of Barcelona.

One of the project’s most interesting aspects is the dialogue established between the two façades: the overloaded, clean neoclassical façade on Via Laietana and the simple, dark, newly built façade to the rear of Carrer Comtal.
In order to create a point of reference in the city by uniting art and architecture, to seek a discourse that goes beyond a simple hotel and to continue with the thematic thread between the existing and the contemporary, we contacted Frederic Amat to conduct an intervention: a wall of eyes acting as an exercise in acupuncture that breaks free from its initial scope to unite the two façades. This sum of architecture and art has led to a building with a unique personality. The Barcelona model in all its splendour: respect for the past, but innovative in its final product.

Opposing contrasts are transferred to the interior of the building. In the rooms, for example, this contrast can be seen in various aspects: on the one hand, soft and warm bedroom areas contrast with dark, hard bathrooms.
The final result concludes a five-year project that seeks to go beyond the concept of a hotel and, during difficult times, is committed to a balance between quality, cutting-edge and respect for the past as keys to the future. 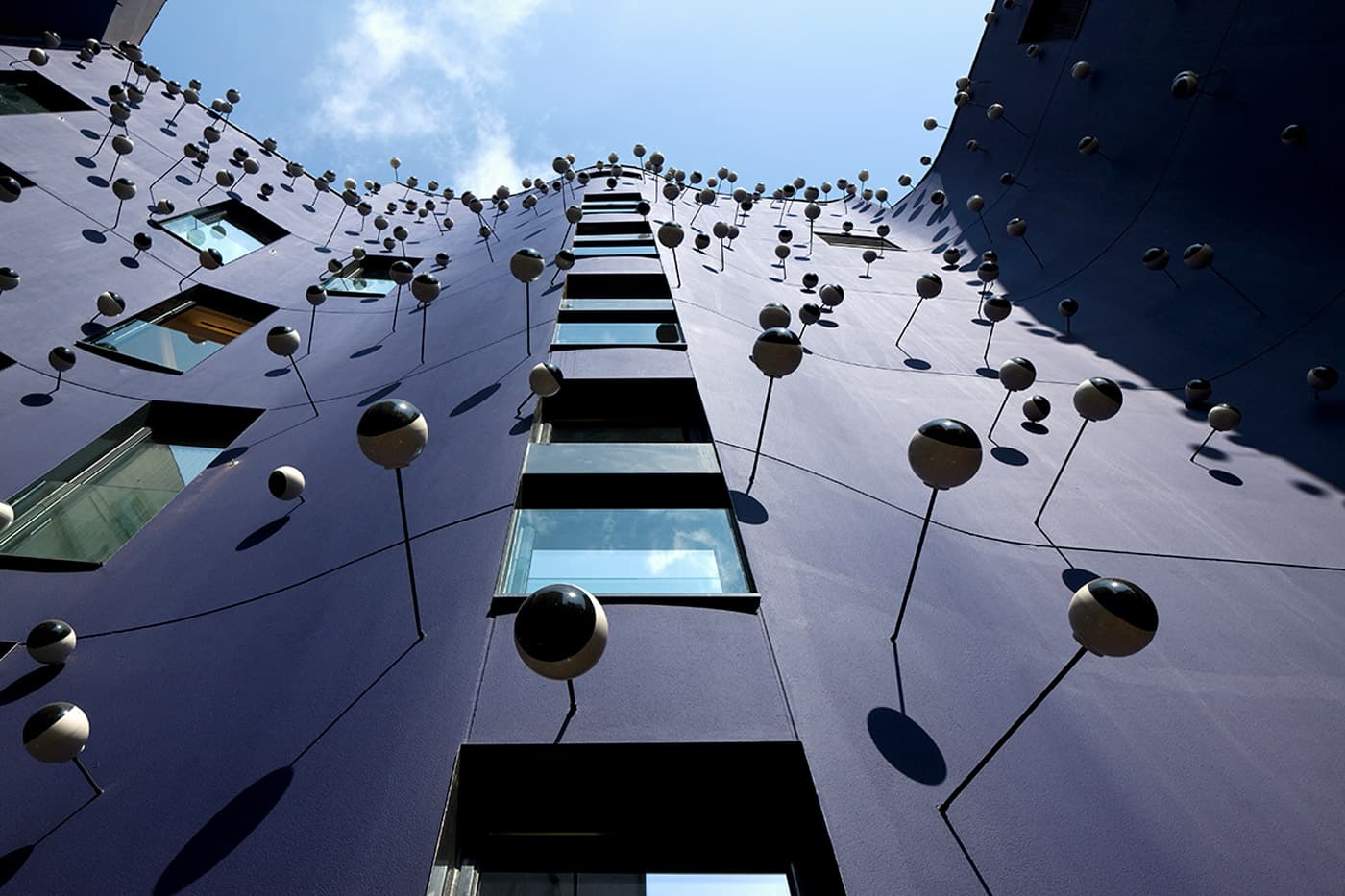 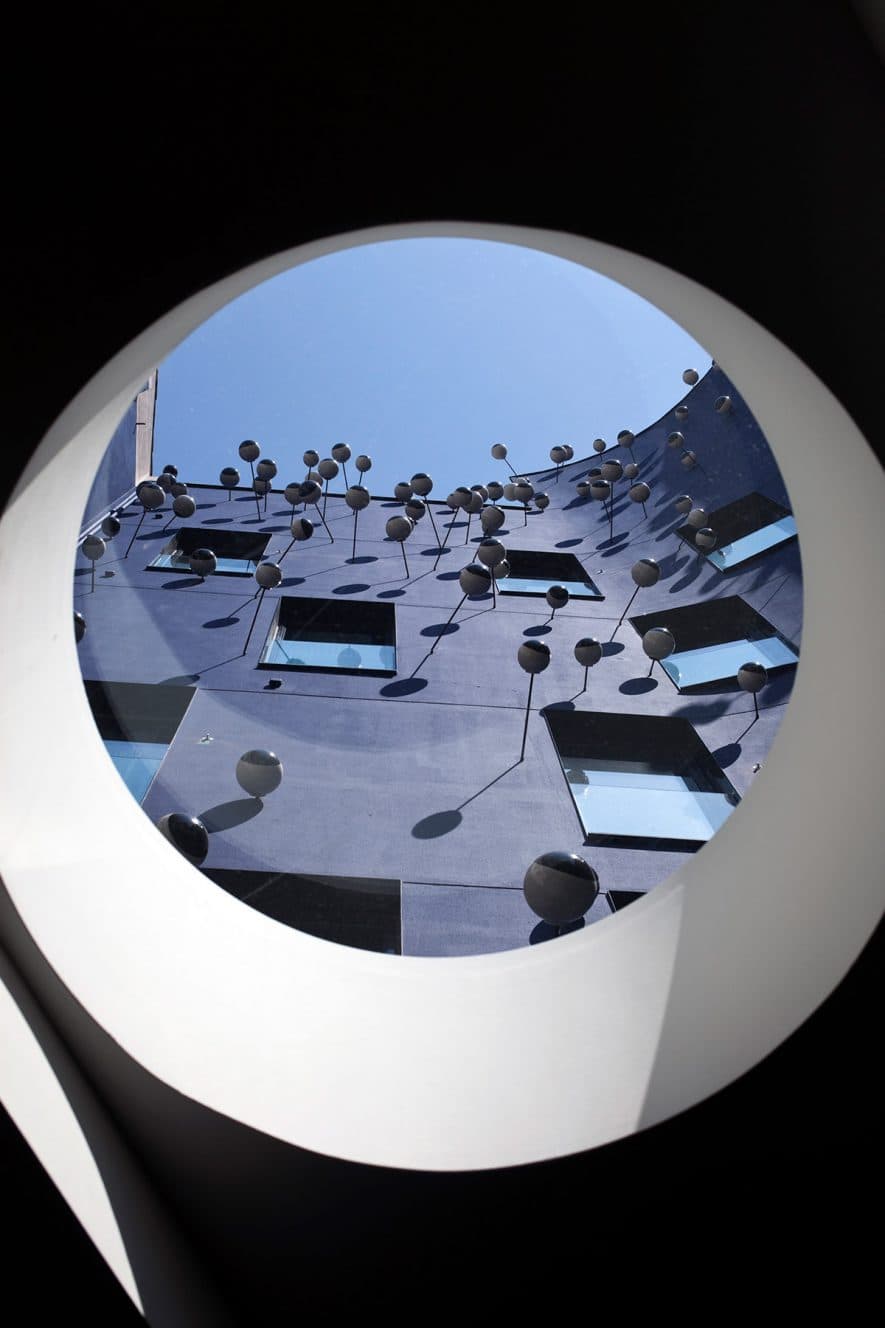 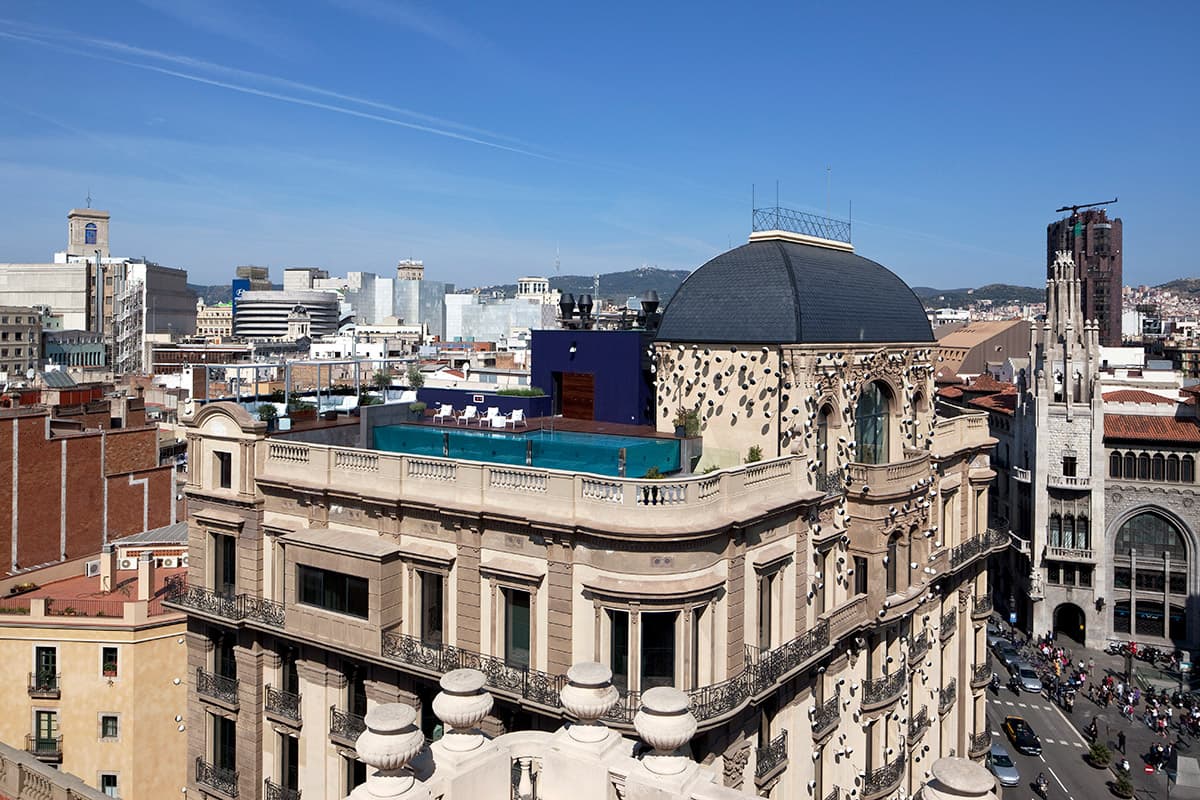 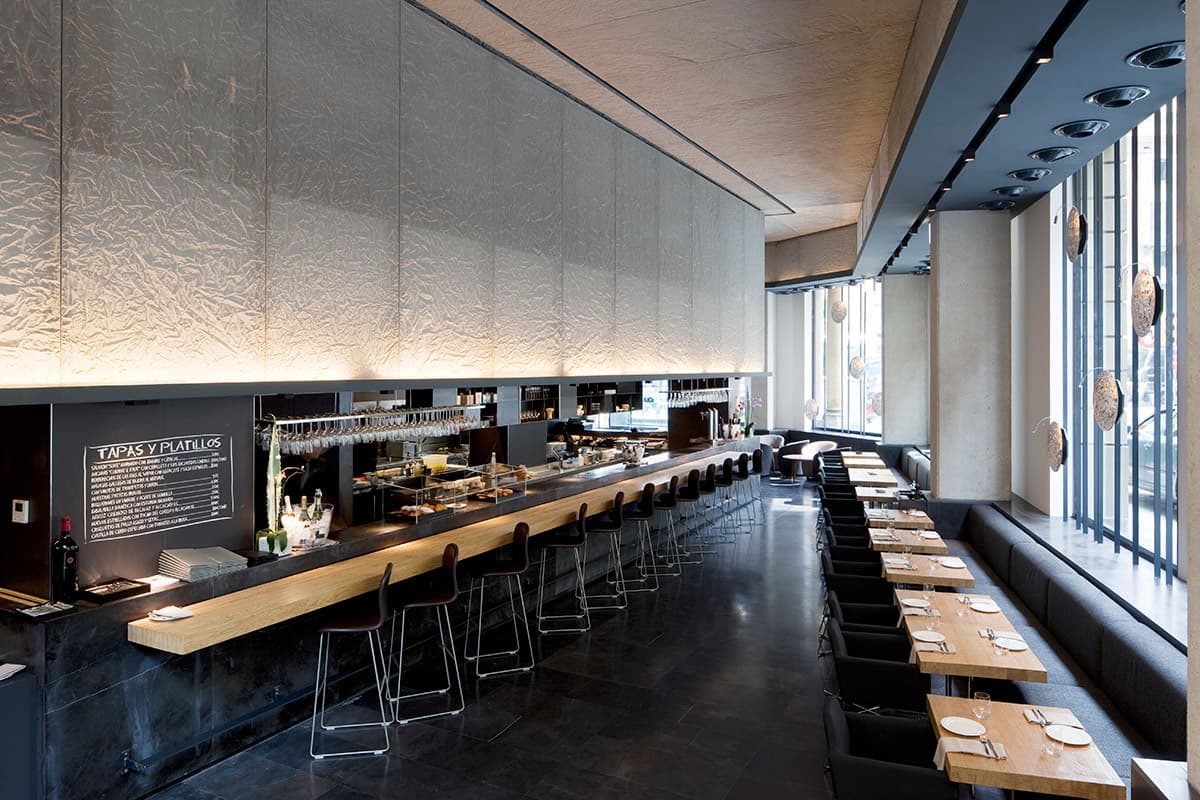 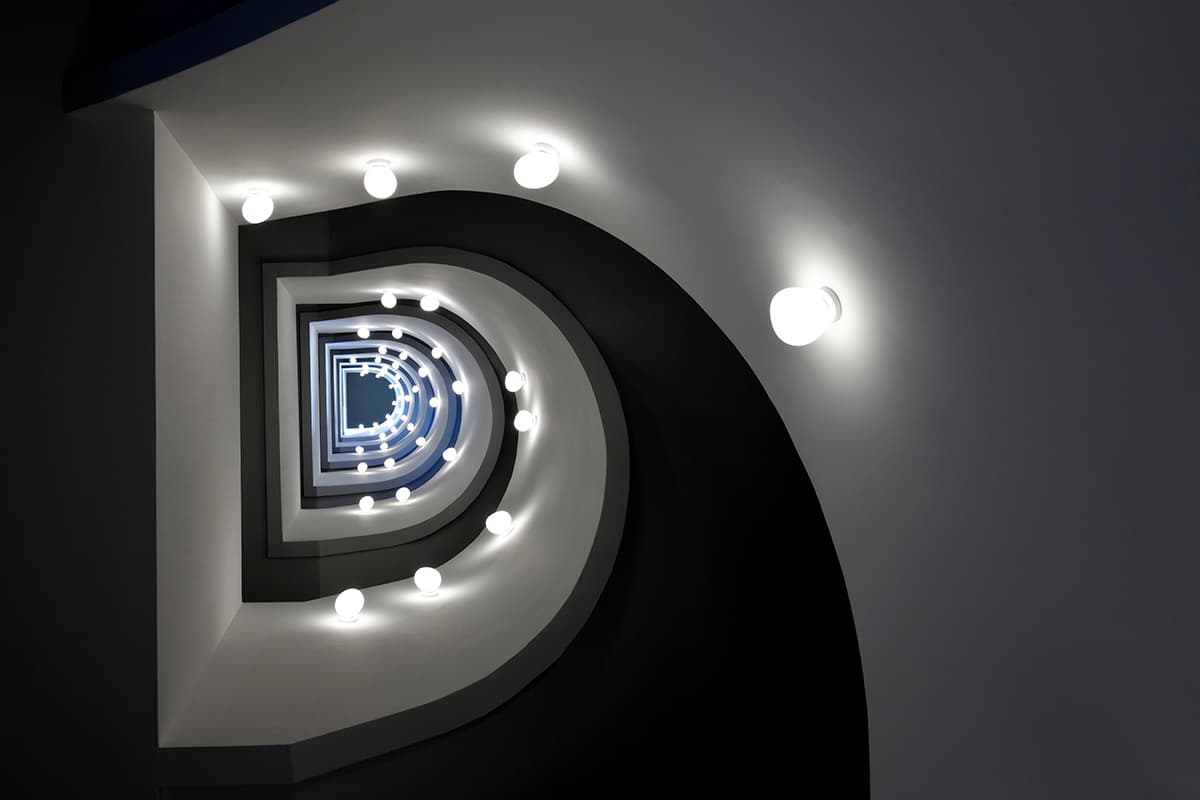 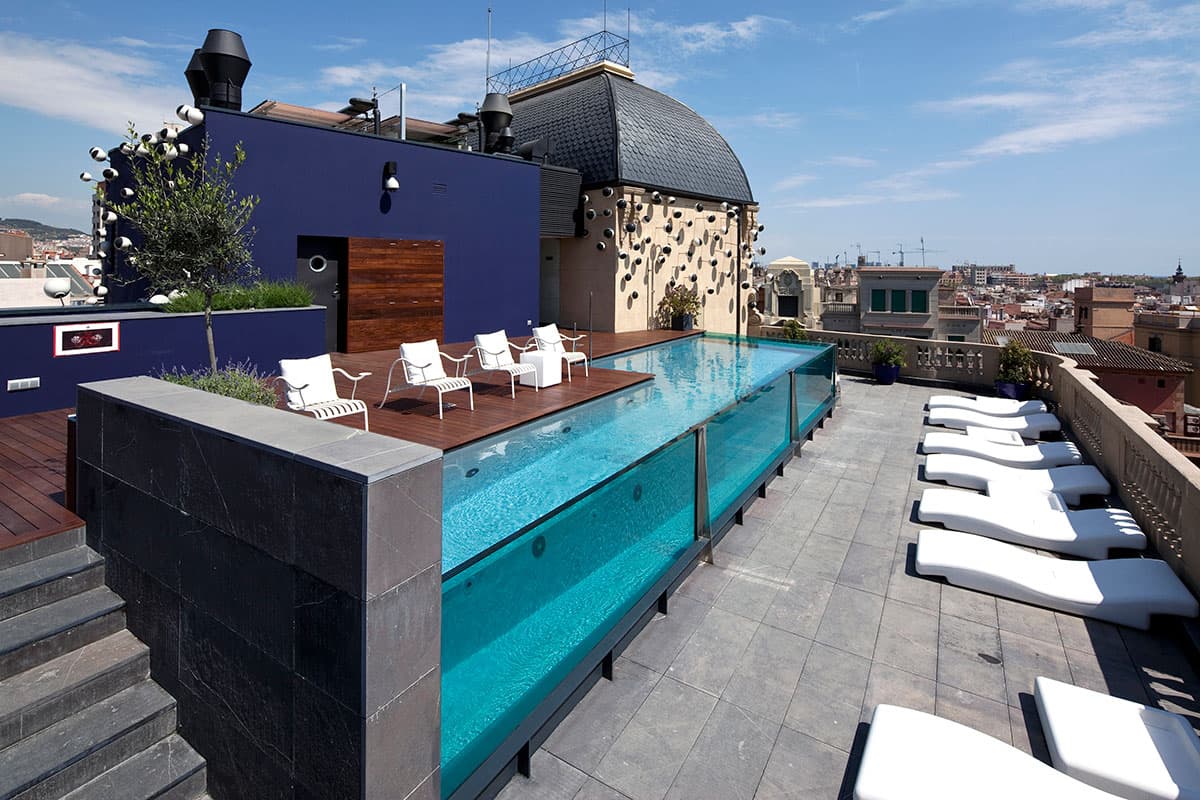 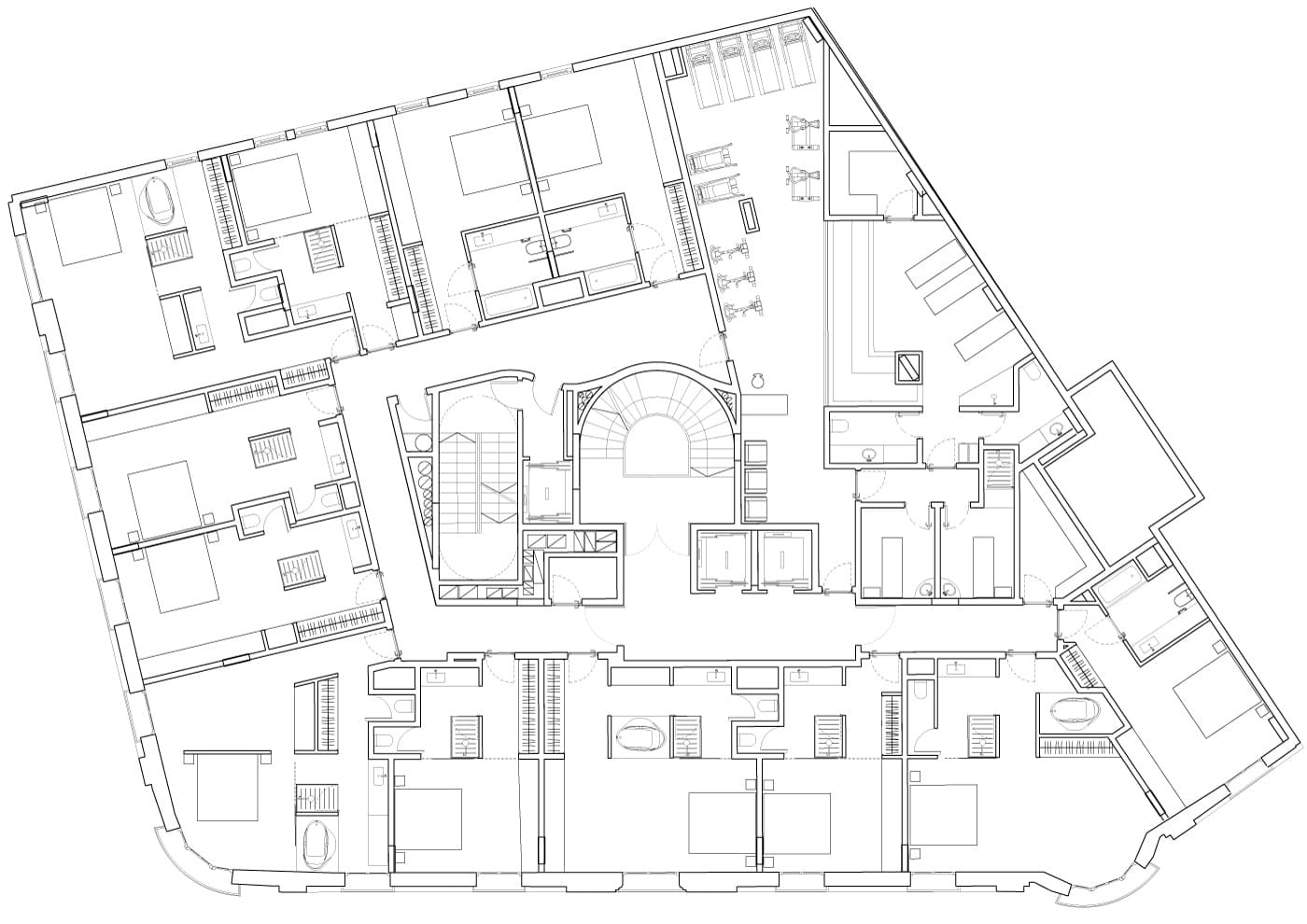 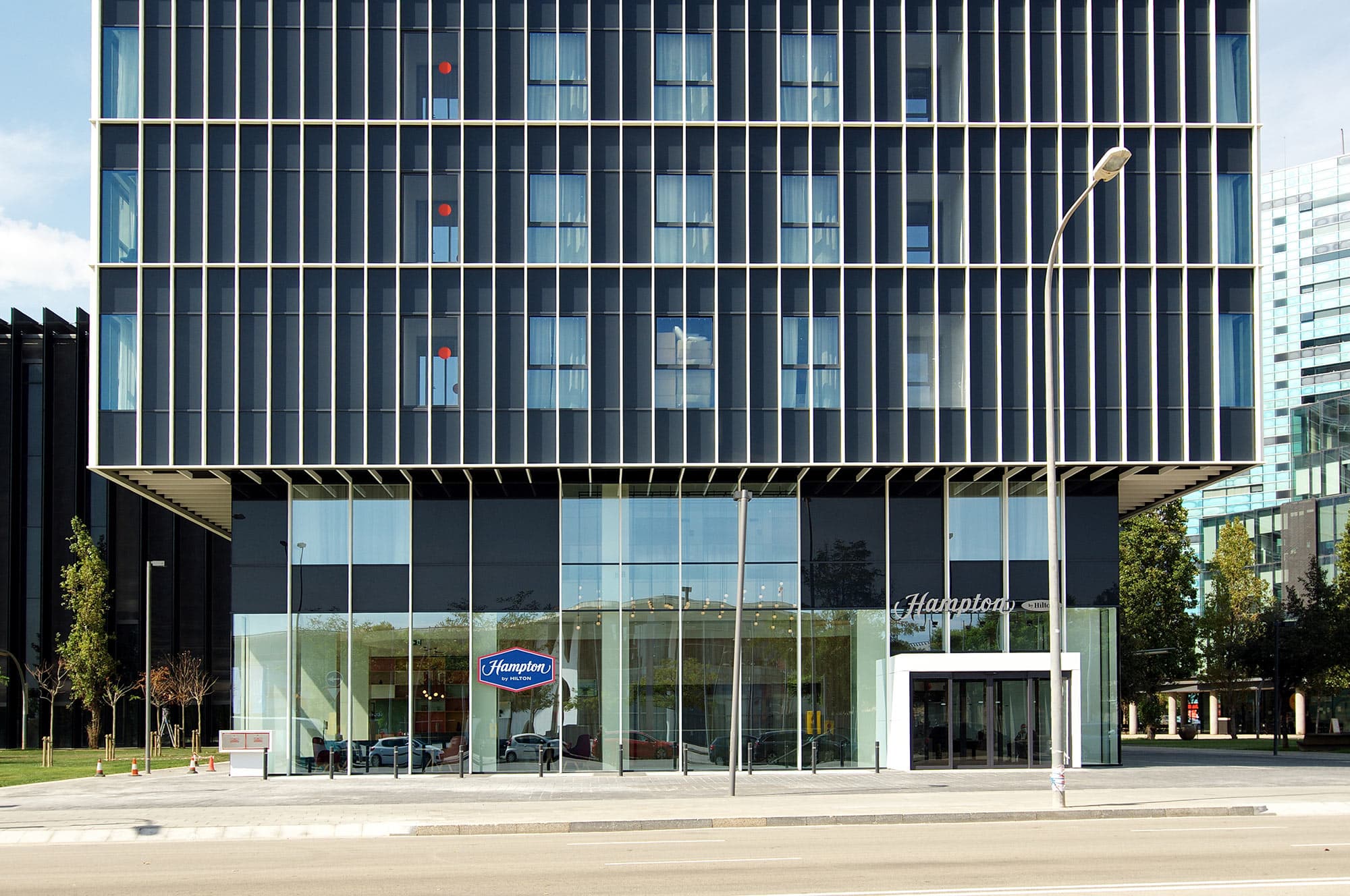 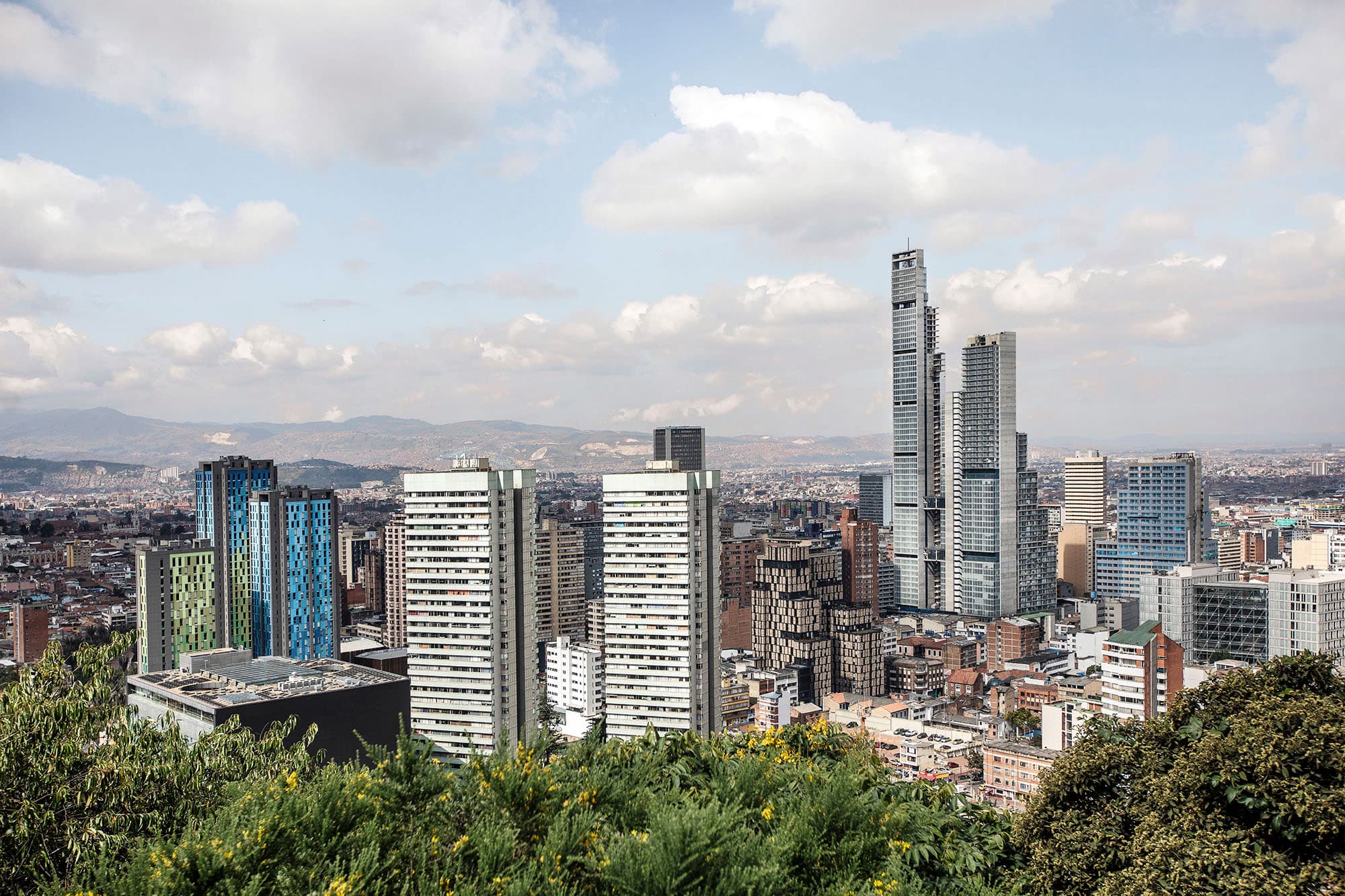