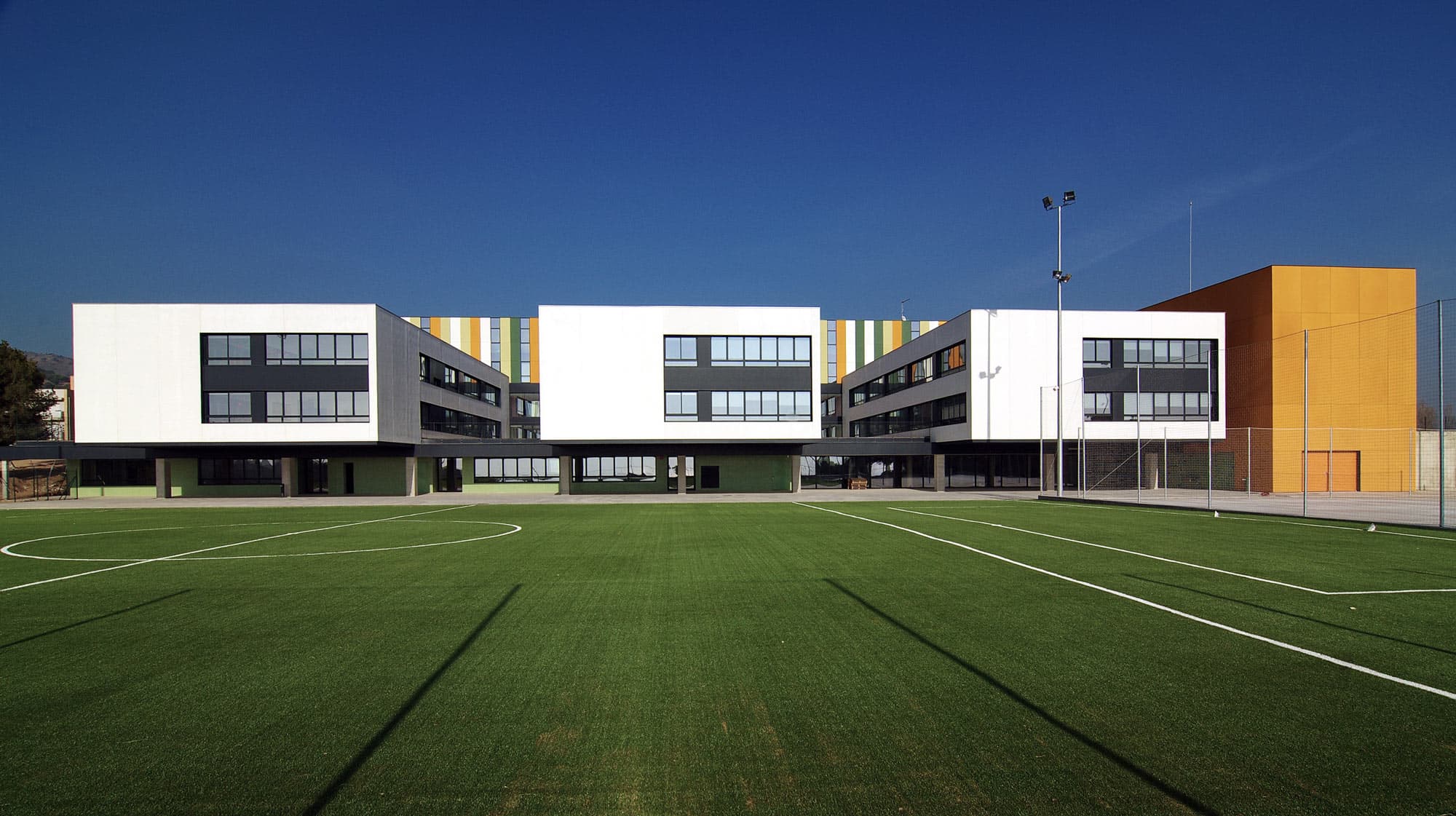 A place to learn and grow

Hamelin School is part of a new area of facilities in the town of Montgat. The complex occupies a 26,000 square metre site next to the N-II motorway, right in front of the sea, and includes classrooms for children aged 0-3 years and more than 60 classrooms for pupils aged 3-18, with four lines for each educational year: nursery, primary, secondary and baccalaureate. Alongside classrooms and services, the project also includes additional spaces for each stage of schooling and others for various uses, such as a student residence, certified dance school, indoor auditorium and outdoor amphitheatre.

The design of the building takes into account contextual characteristics, such as its outstanding location surrounded by a large green area and with views of the Mediterranean, as well as large outdoor recreational area and proximity of access from Barcelona.

The commitment from the outset was for a clear, intuitive functional plan to facilitate mobility and coexistence of the various user groups. A “comb” type layout was chosen: several classroom buildings differentiated by stages of schooling linked by a “backbone” where the vertical hubs and services are located.

The main entrances, one for each building, are connected by a unifying square-like space through which the three education areas are accessed.

The first block, intended for nursery and infant education, includes two volumes around a covered playground: a protected environment to conduct group activities. The second forms a single volume and houses the primary classrooms and specific playground. The third, like the second, is formed by a single volume and also includes a playground that brings natural light to the classrooms located in the building’s lower floor.

The project consists of three semi-independent, two-storey blocks connected by a transverse volume of greater height that houses the secondary classrooms and library on the top floor.

Floor -1, located on the same level as the football pitch, represents a new point of union between the blocks. Common spaces for the entire school can be found here, such as specific classrooms, laboratories, four dance rooms, kitchen and dining hall.

The shape of the building, with a large façade surface area, allows all the spaces to have natural light. In the semi-underground floor, which has a larger surface area to obtain natural light, several internal gardens have been created around which the classrooms are arranged. The connecting space between the infant and nursery modules has been covered by a large skylight, thereby creating a playground that serves as an internal garden for toddlers as well as a multi-purpose space with natural light for events outside school hours.

A project aimed at expanding an educational centre where children can grow and learn. 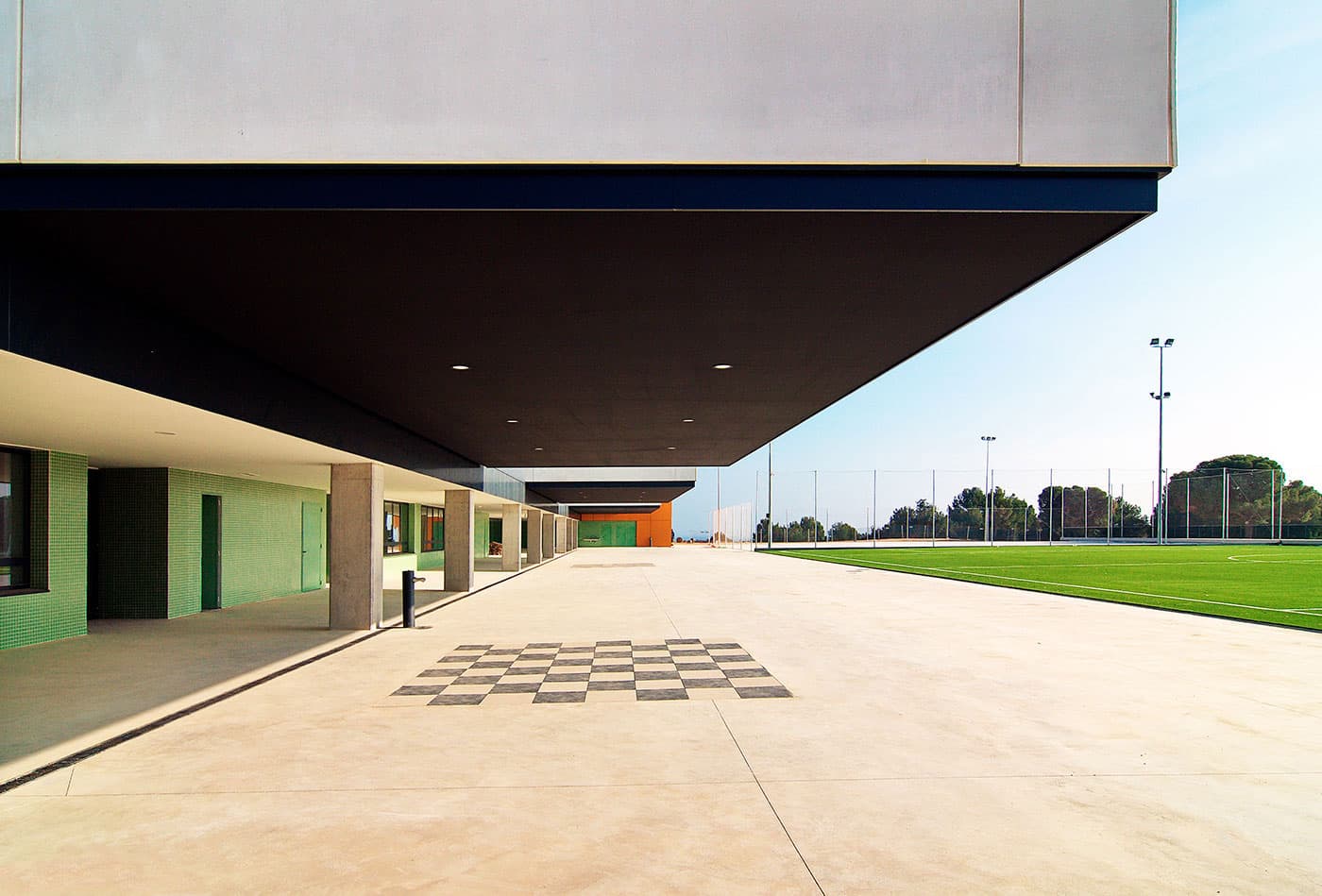 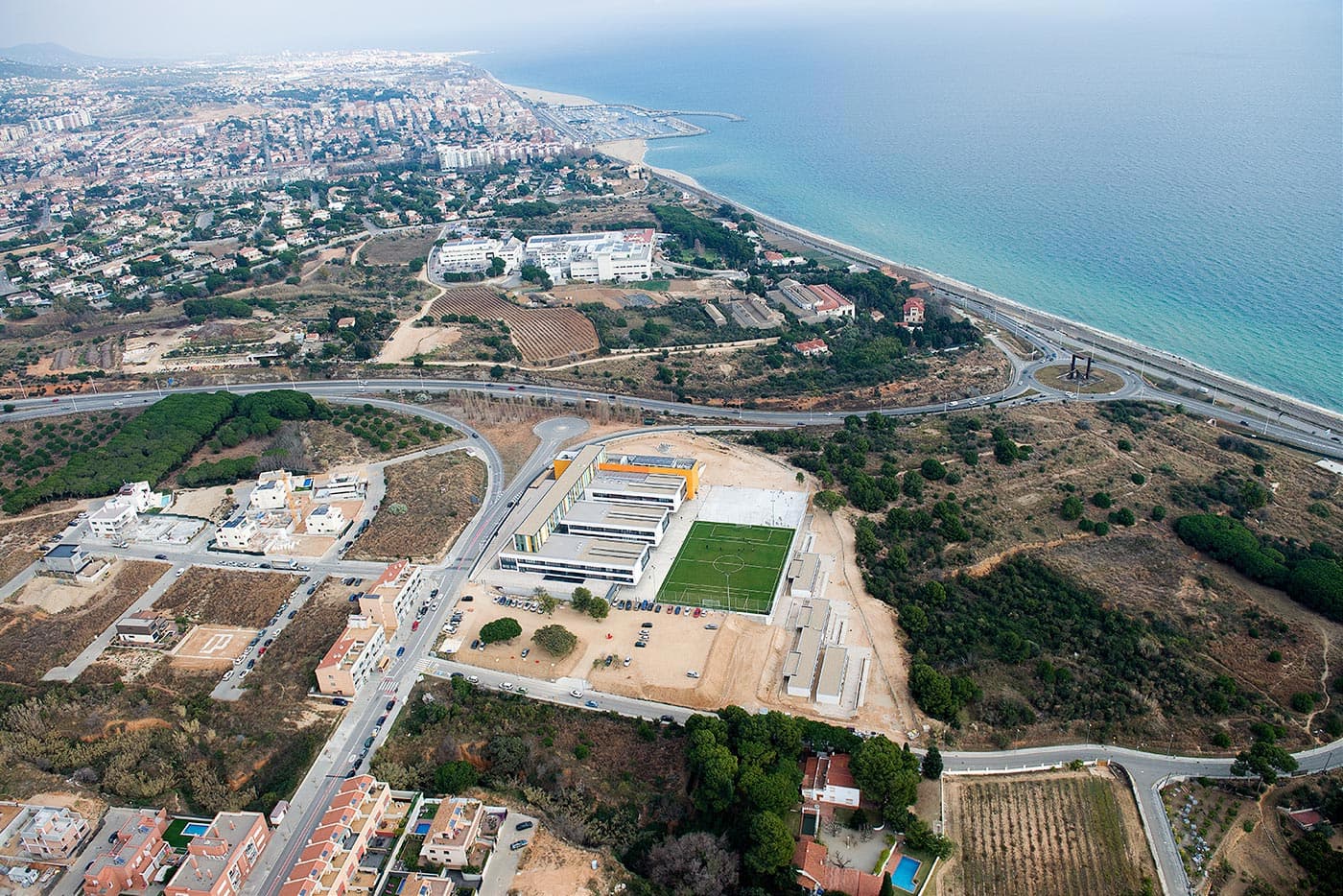 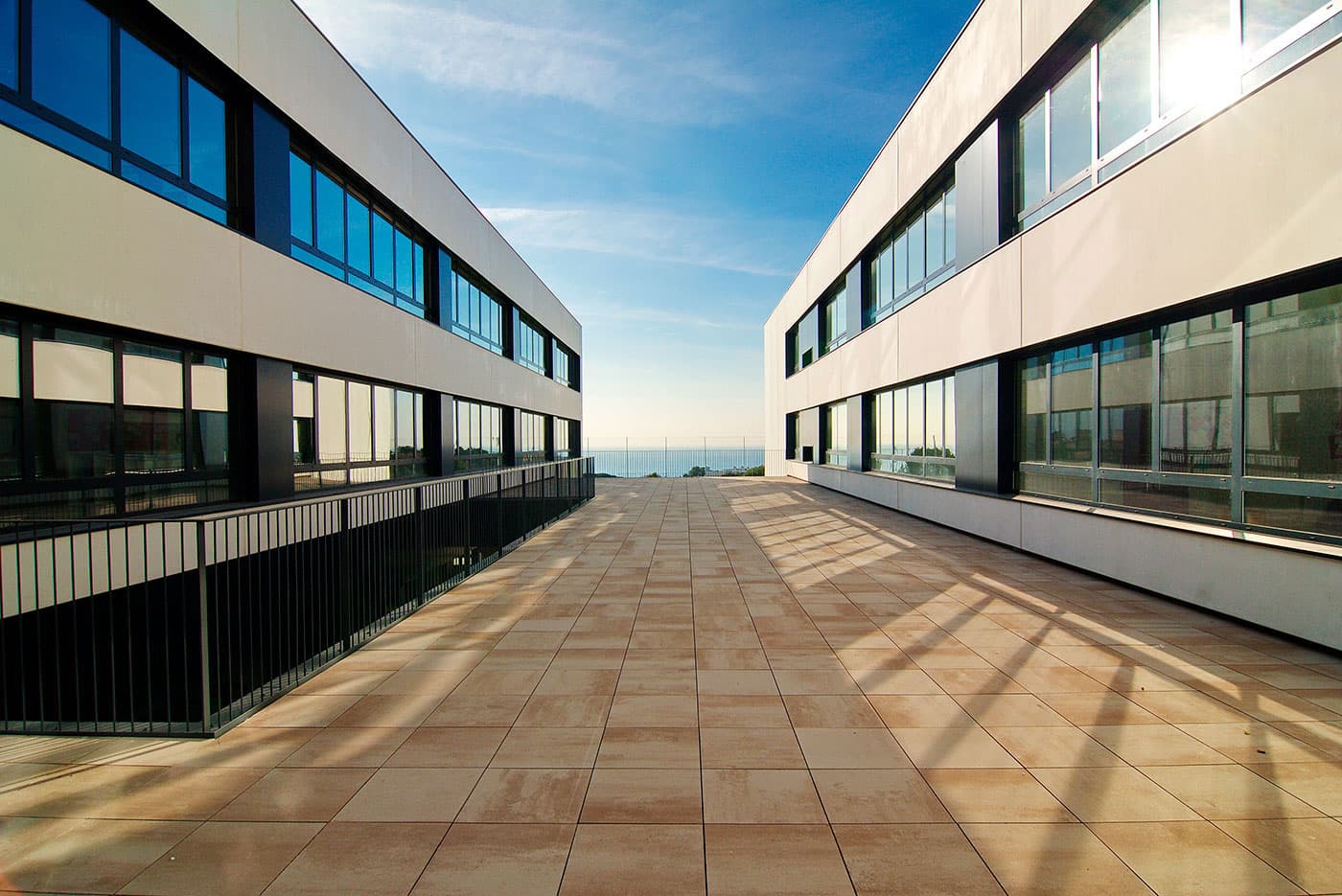 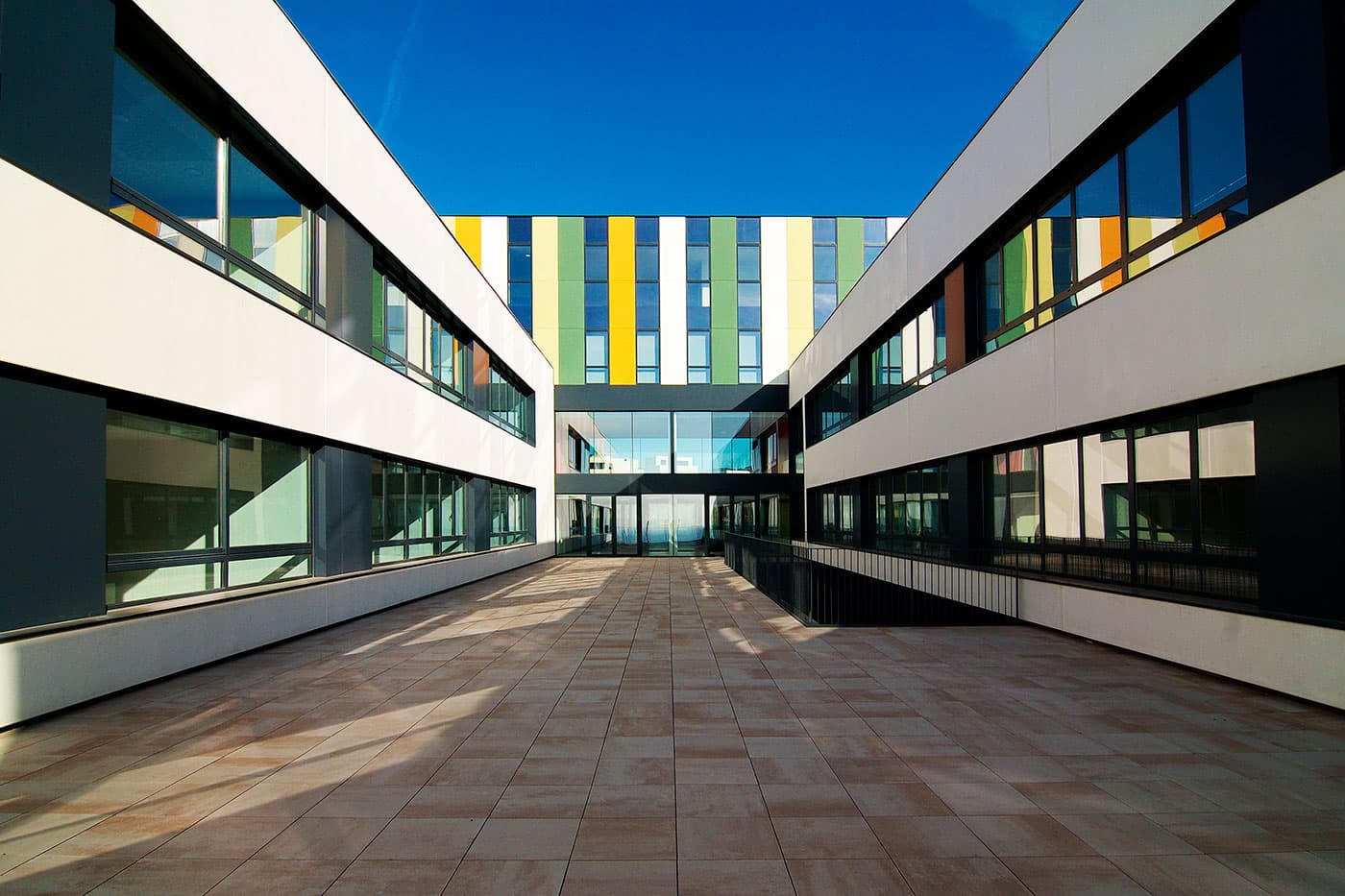 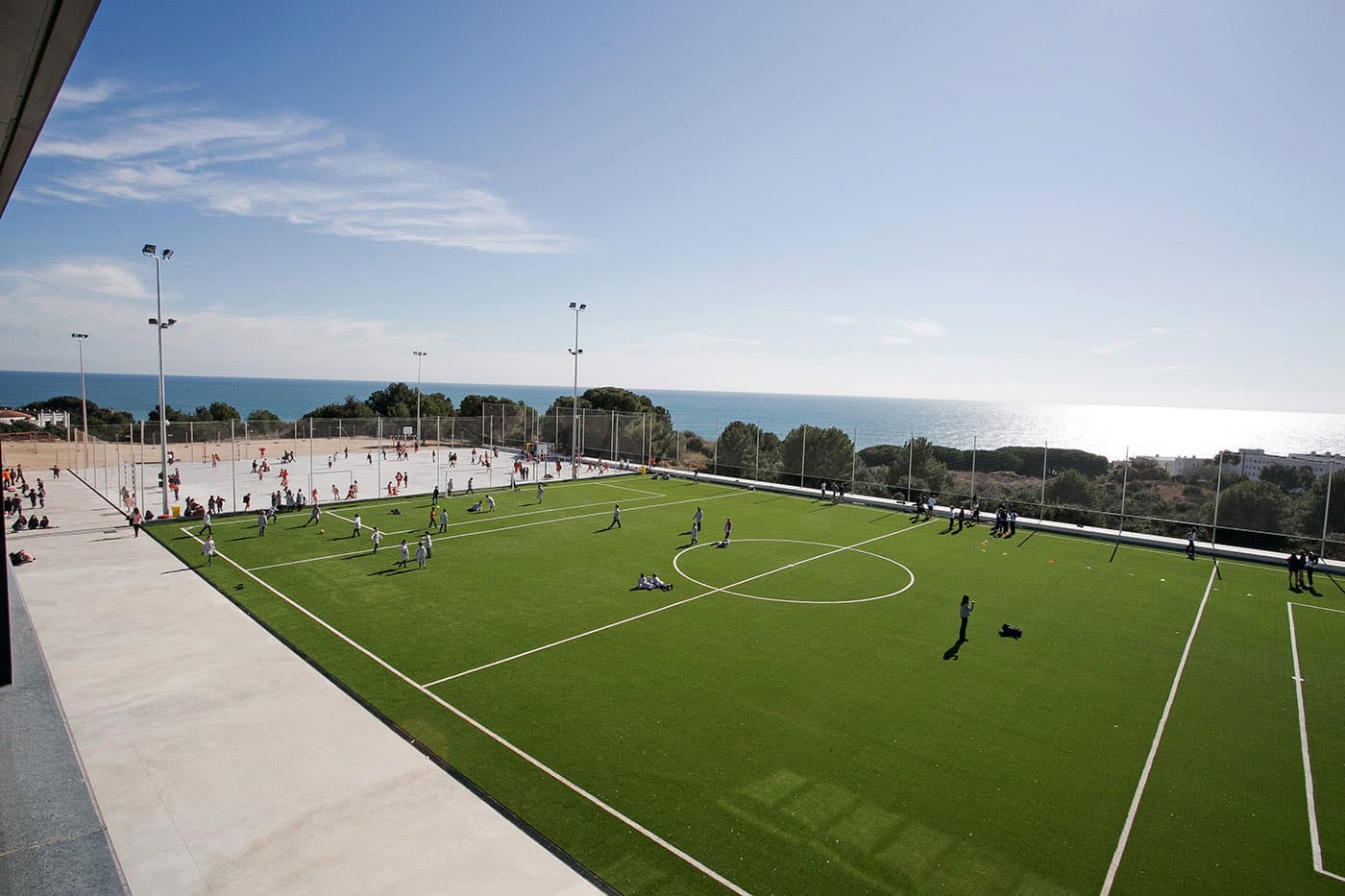 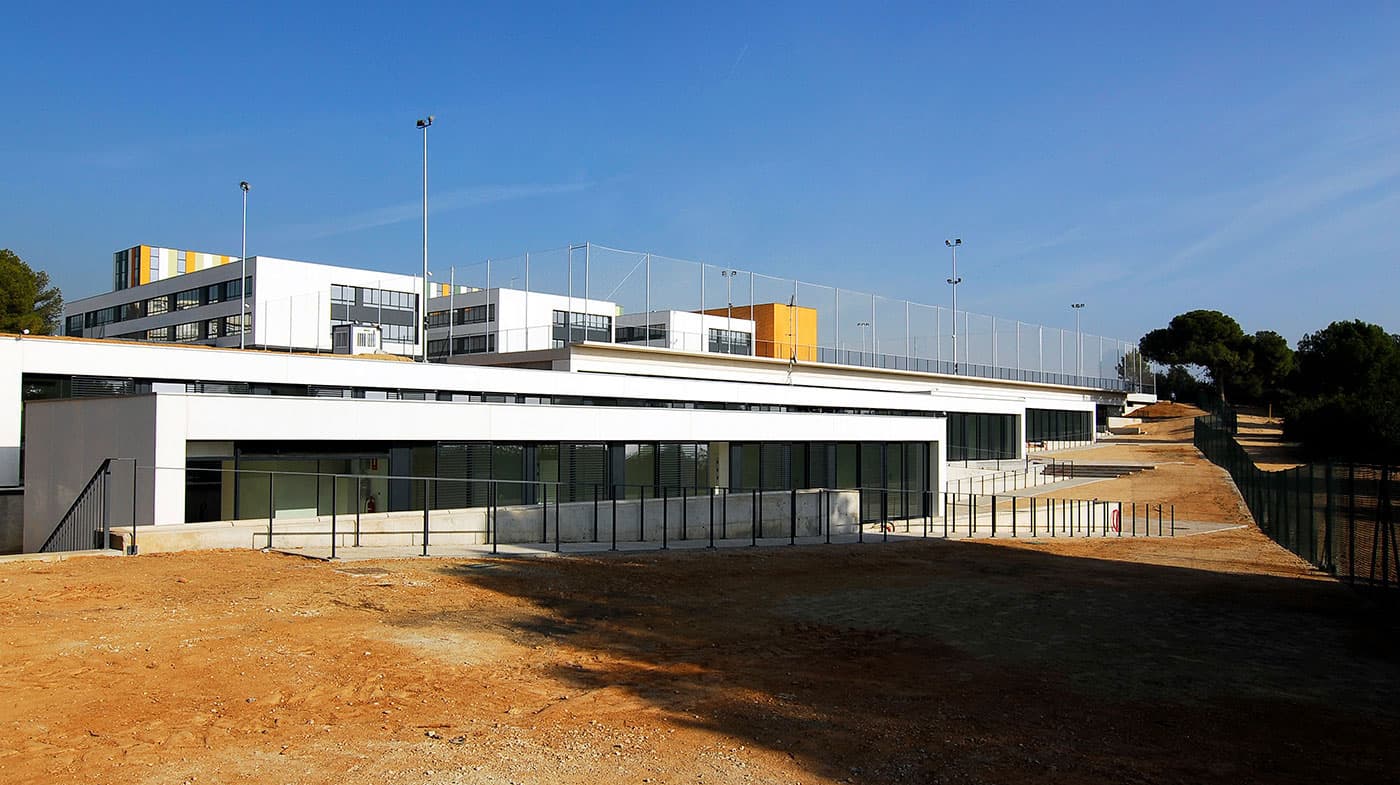 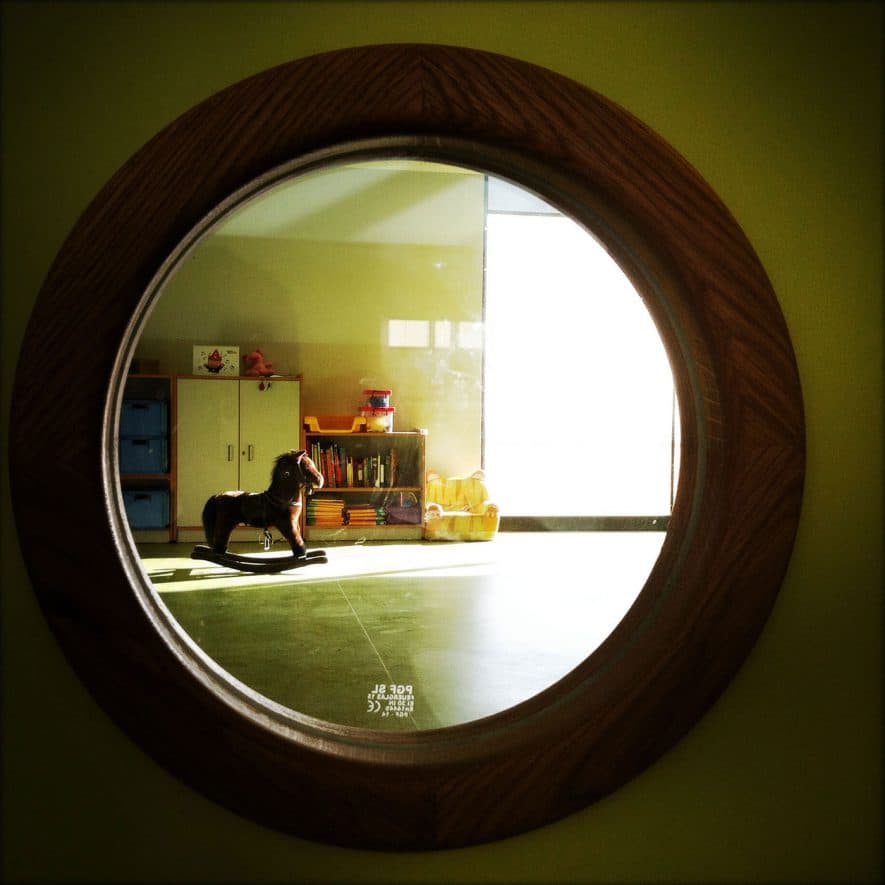 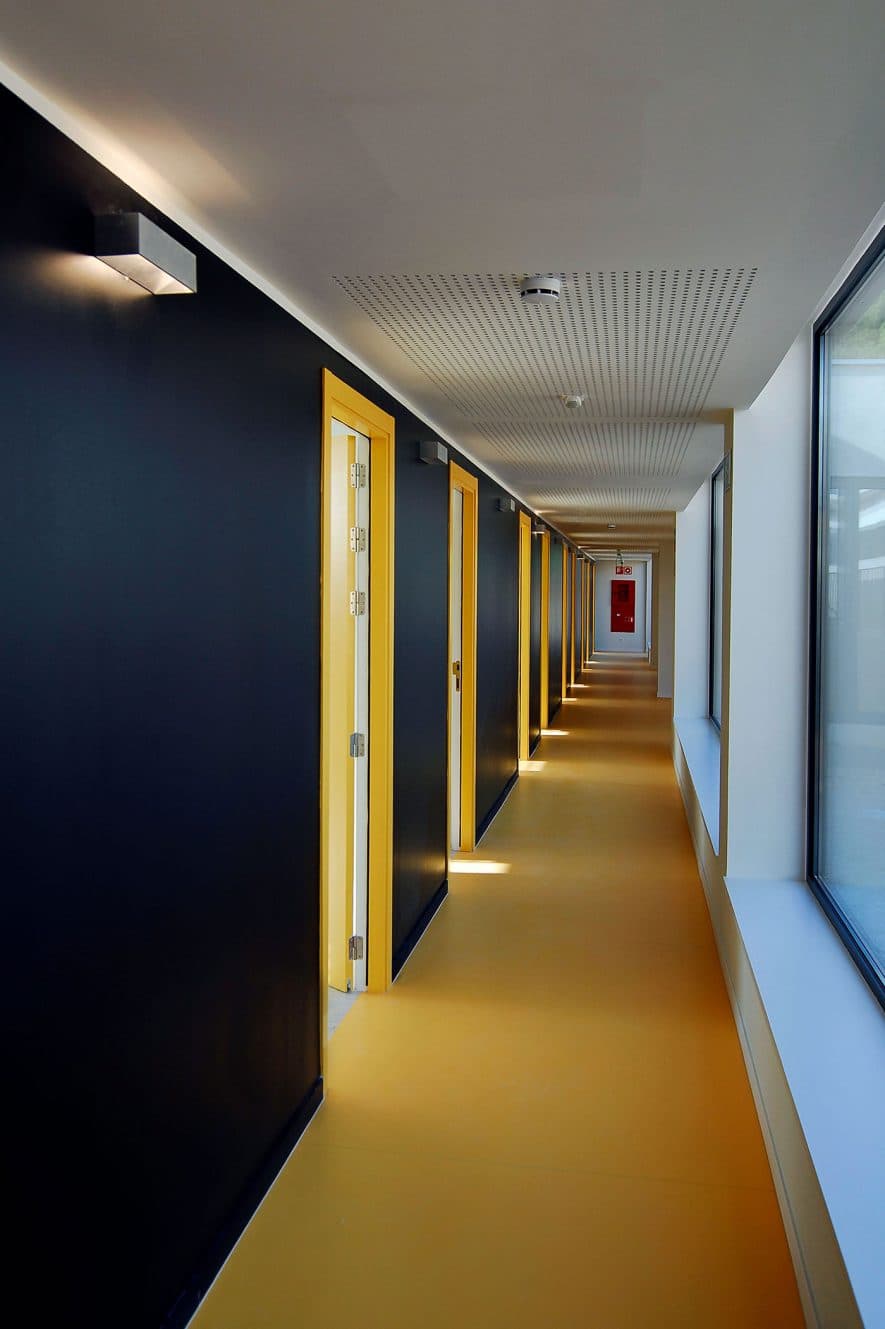 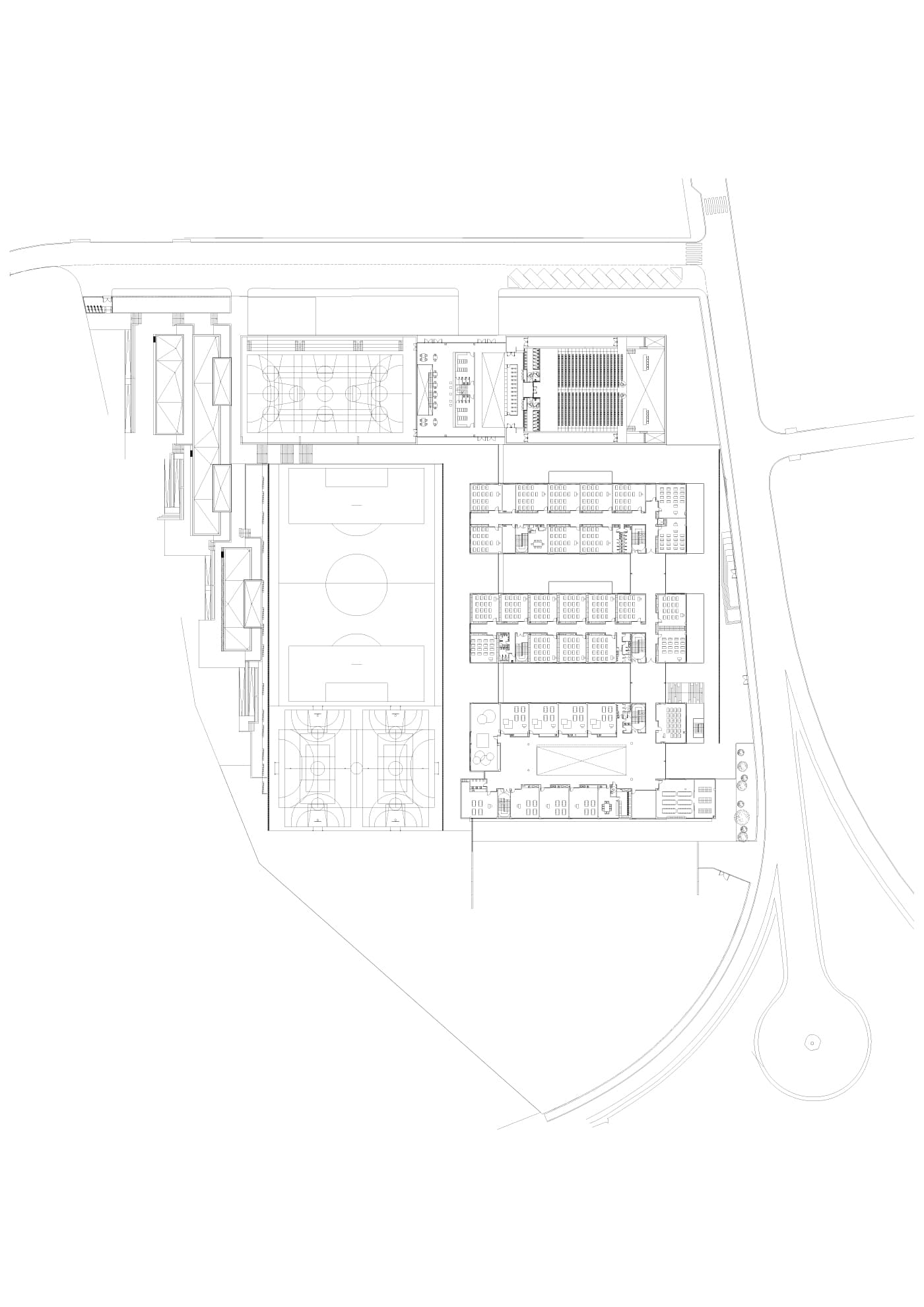 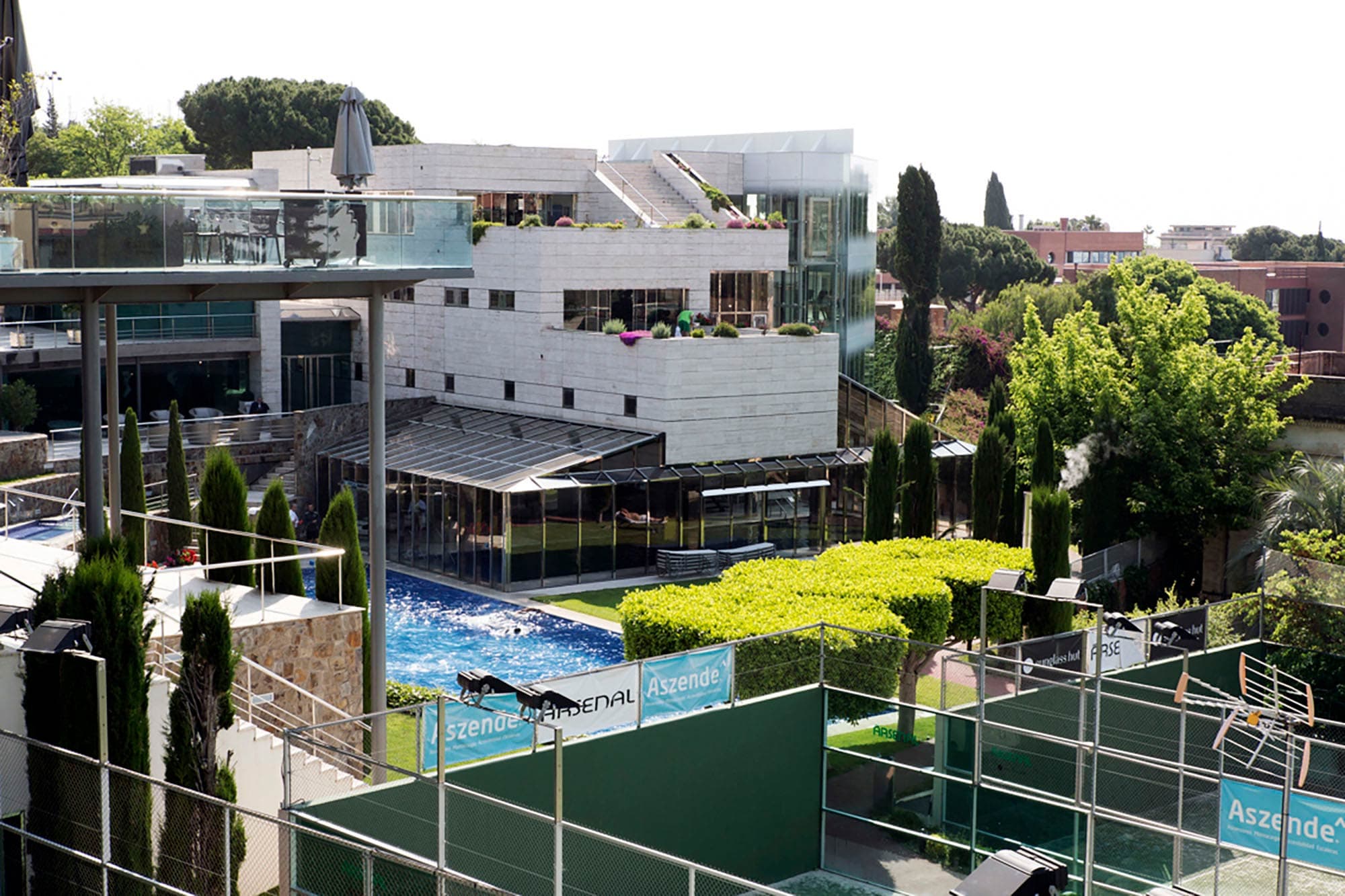 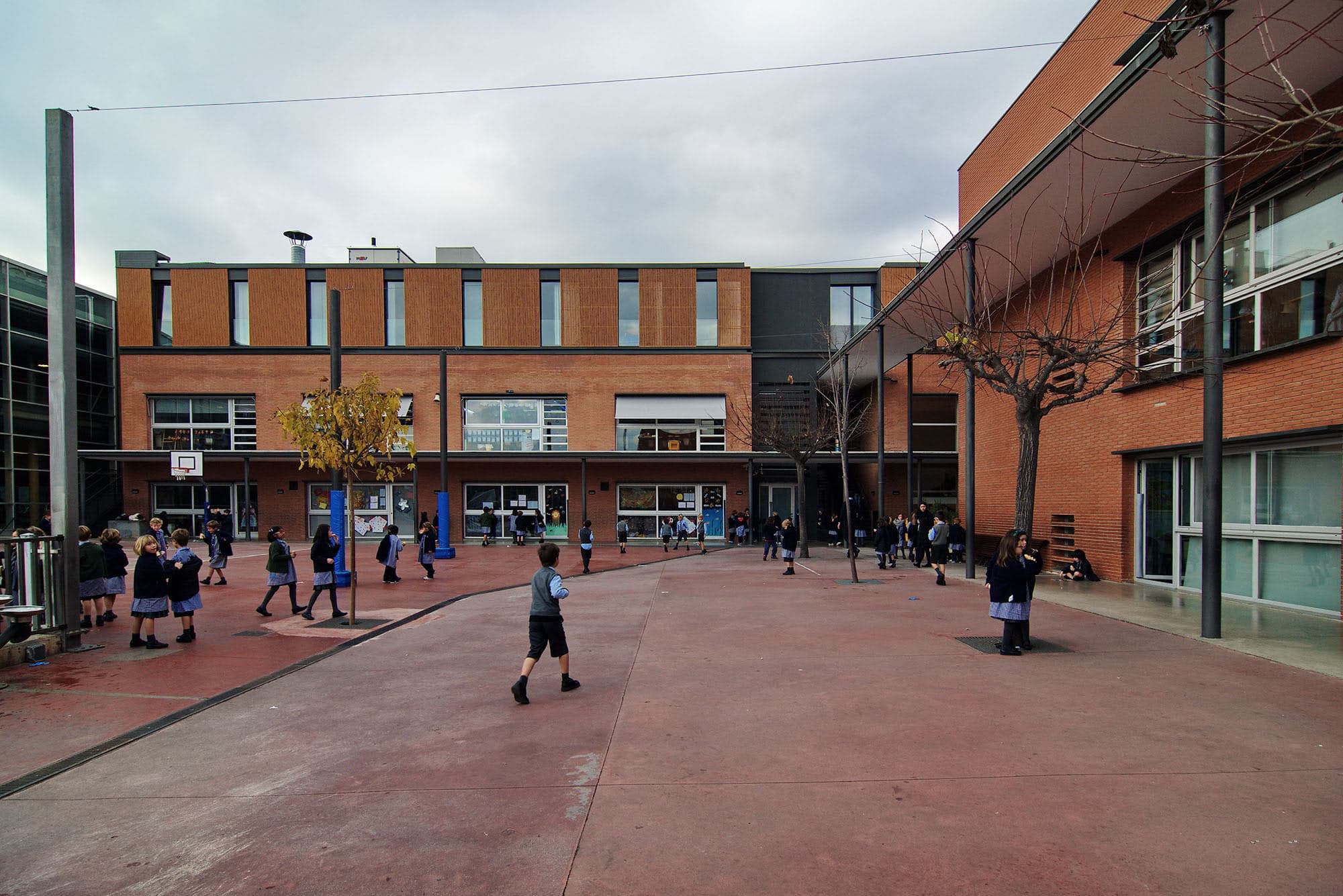