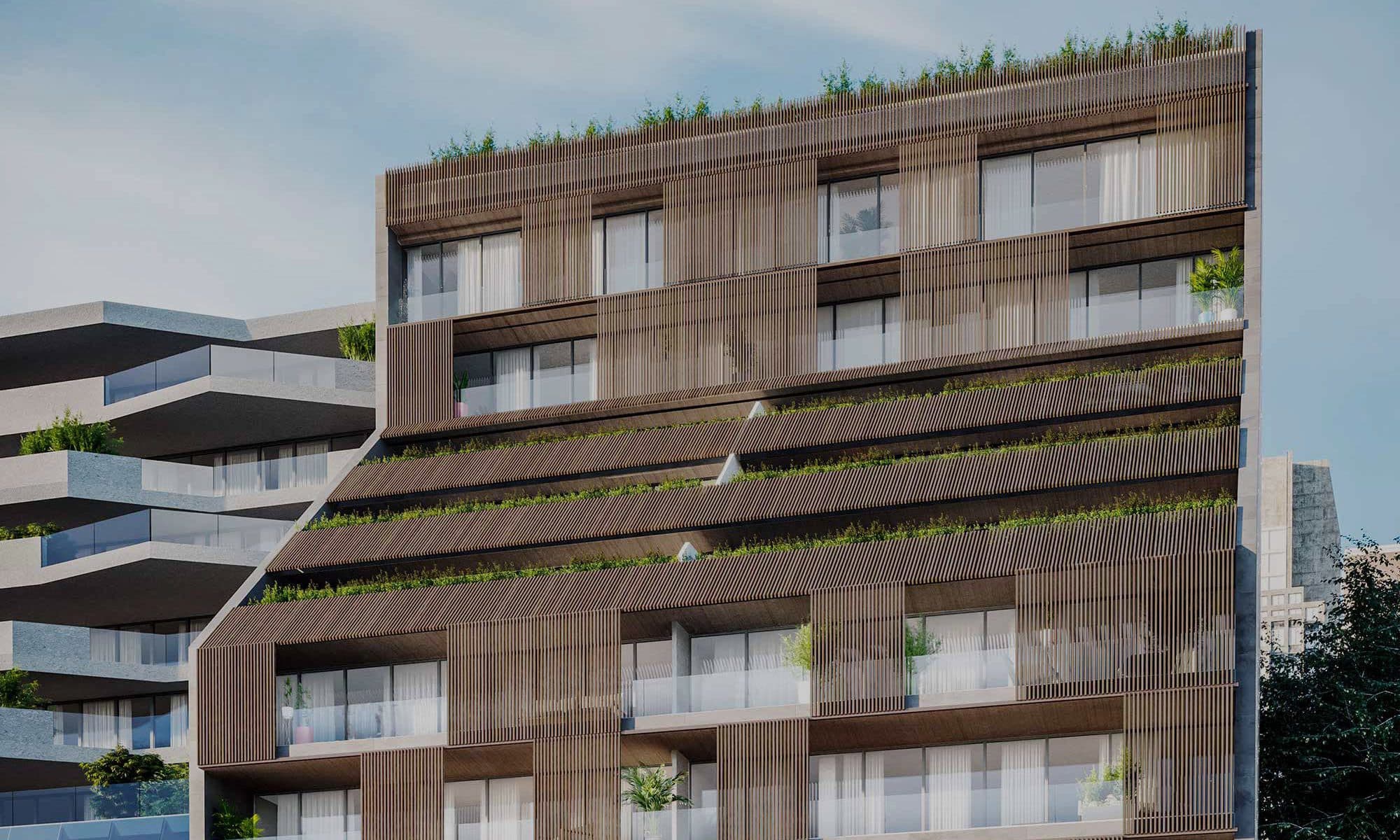 Located in Andorra la Vella, the Everest building is a project that won a competition organised by CLOUD6, SLU.

The building contains 18 luxury flats with 35 parking spaces and commercial premises on the ground floor.

Its approach is based on a geometry arising from its location to create a prismatic building. Given these volumetric constraints, it is a building that looks austere but is streamlined and visually in motion, where the integration of vegetation is a crucial part of its character.

The terraces on its south façade play a major role as elements that allow all the flats to project outwards and are in turn a sheltered extension of their interior spaces. Large sliding glass windows will act as a border between these terraces and interiors, and a lattice envelope of vertical slats are to be the outer limits of these terraces, including sliding modules to diffuse the light.

Finished in natural stone, the north façade will share this same austere spirit and will include large windows, most of which open onto the rooms of the flats.

The common areas and kitchens facing the terraces are given prominence in the flats. In the case of those from the first to the third floor, an inner courtyard is formed to ensure ventilation and lighting of the interior spaces facing this area. Noble, high quality materials are included in the designs, as well as robust home automation integration.

Everest is a project based on perfectly understood simplicity, on eliminating the unnecessary and prioritising sobriety over effects to achieve a high quality result. 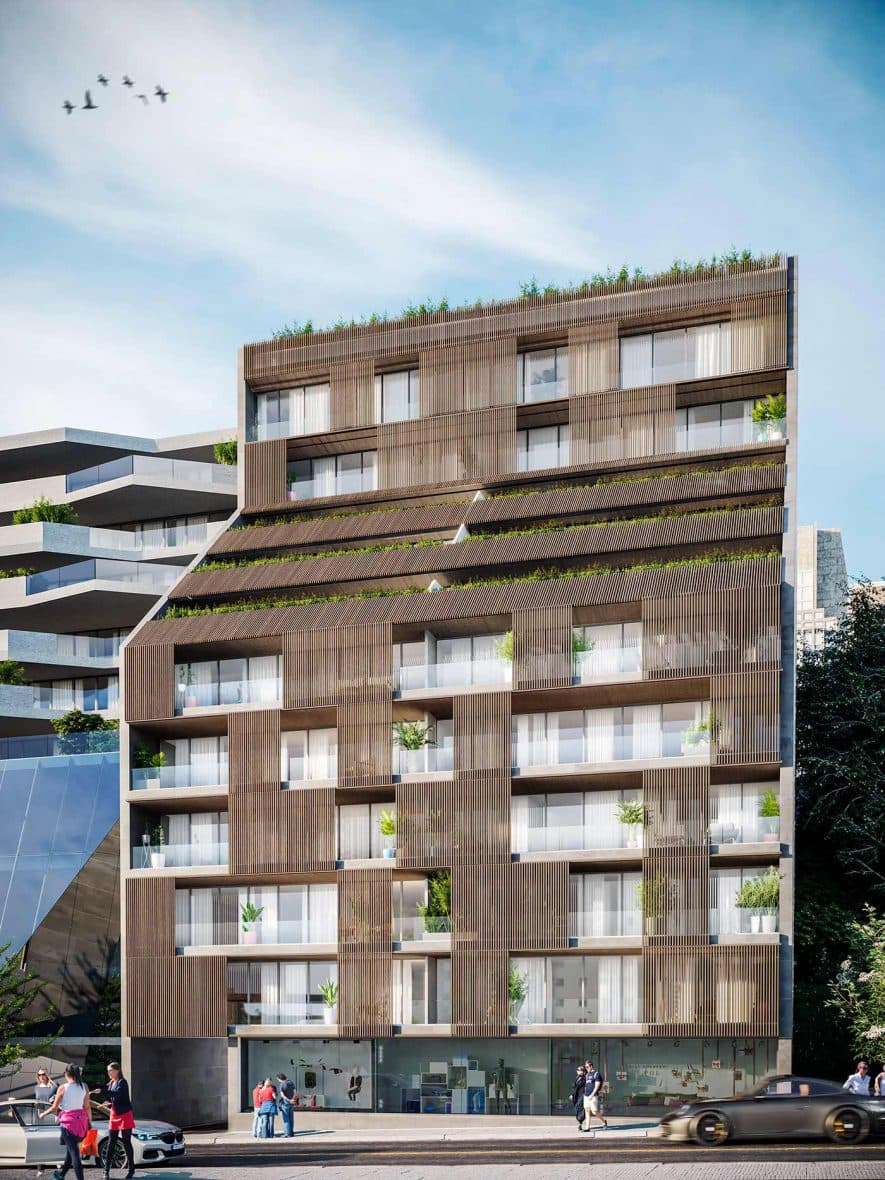 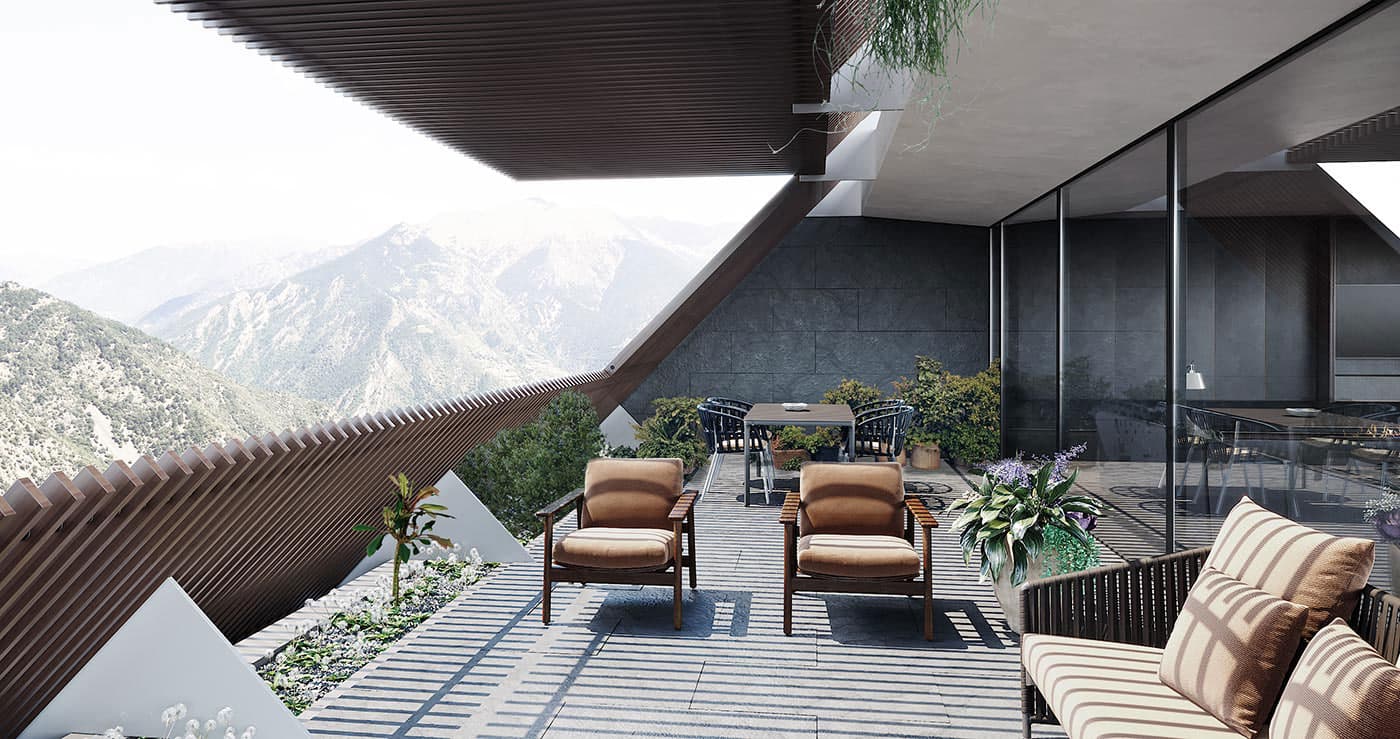 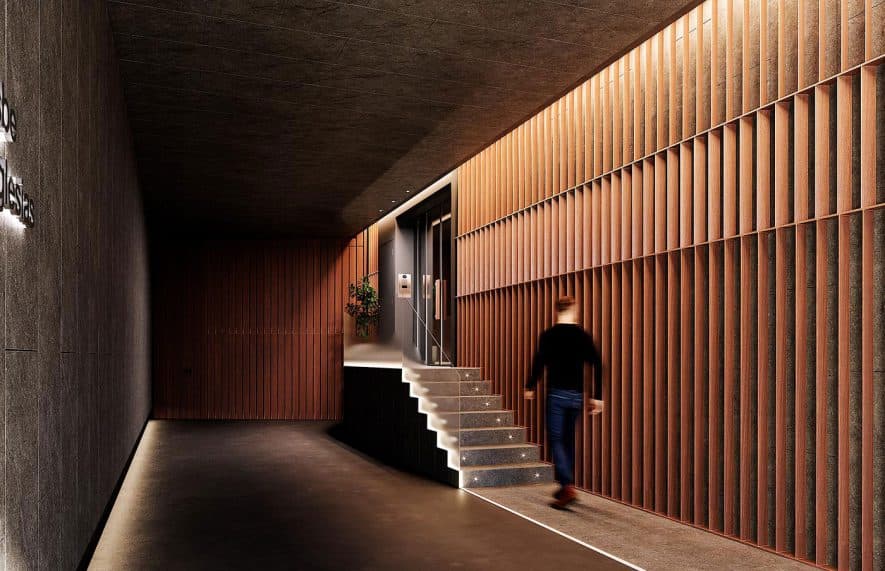 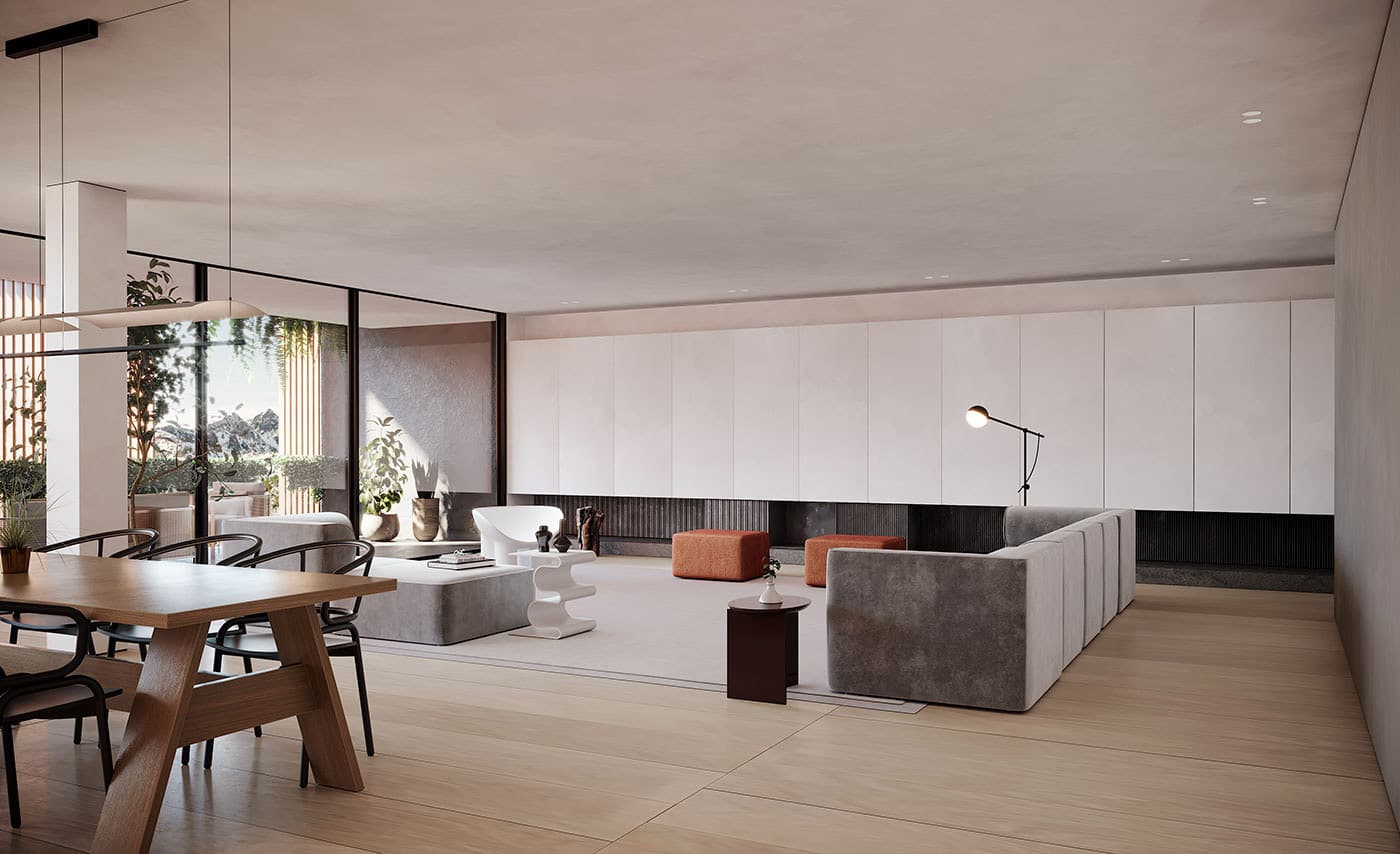 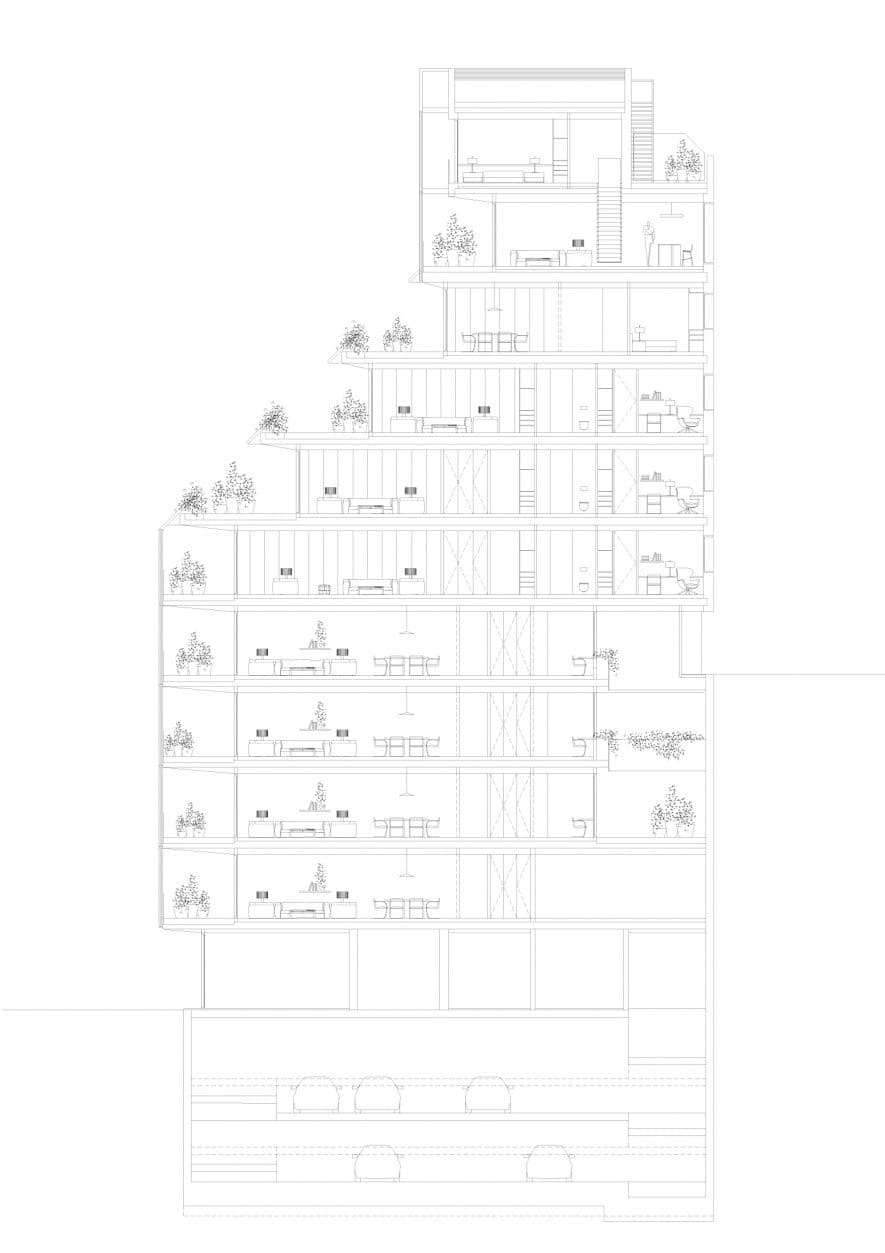 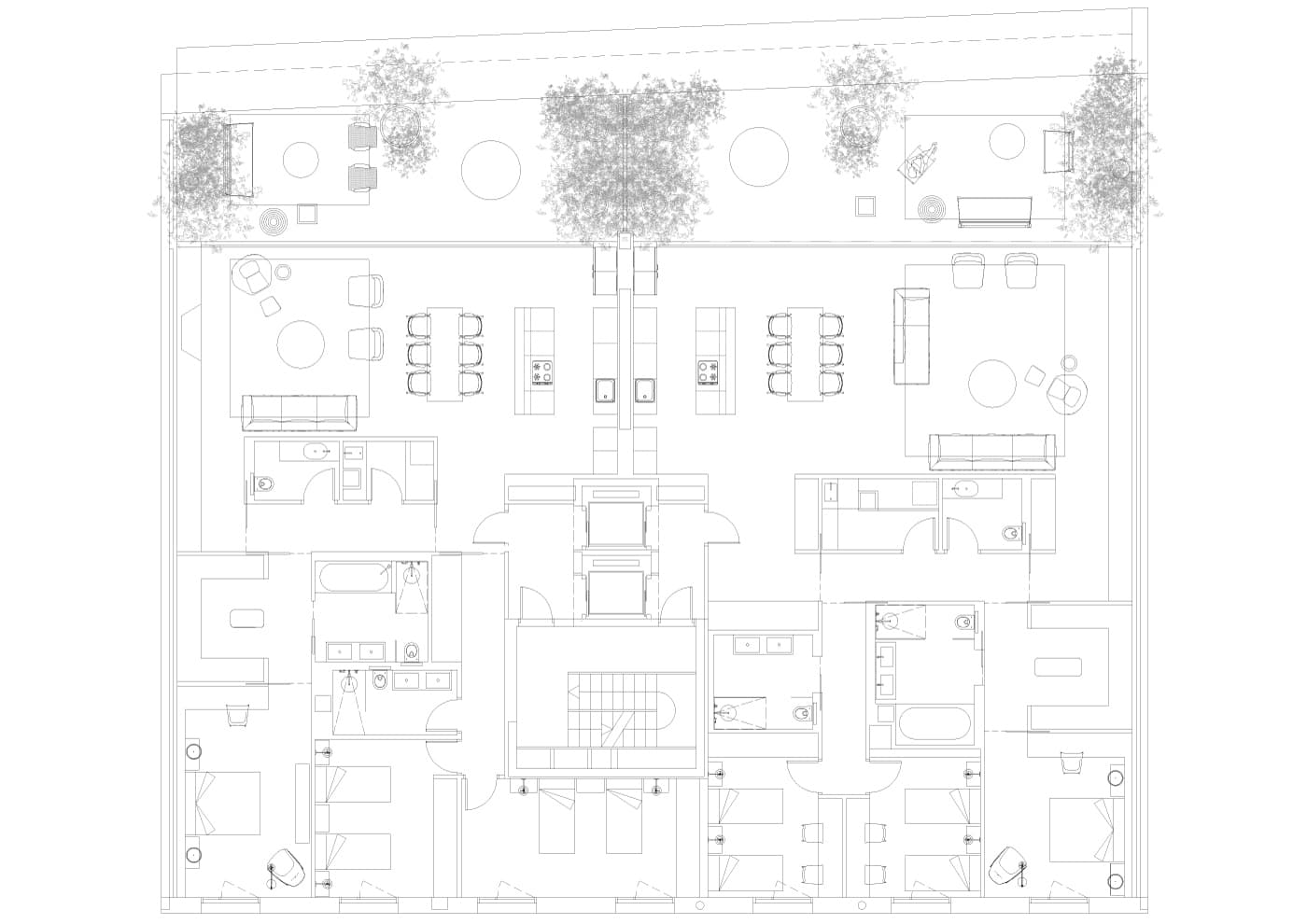 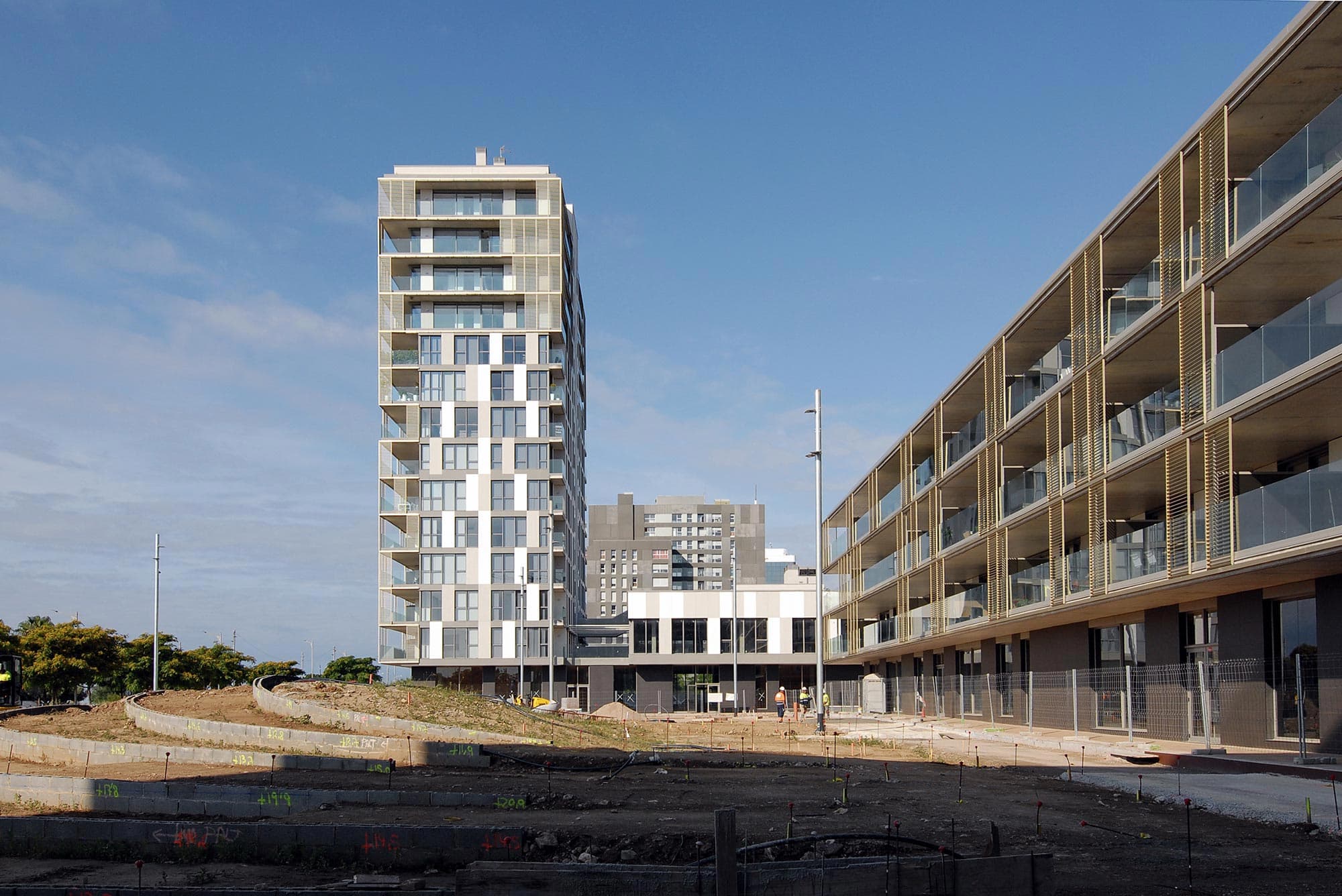 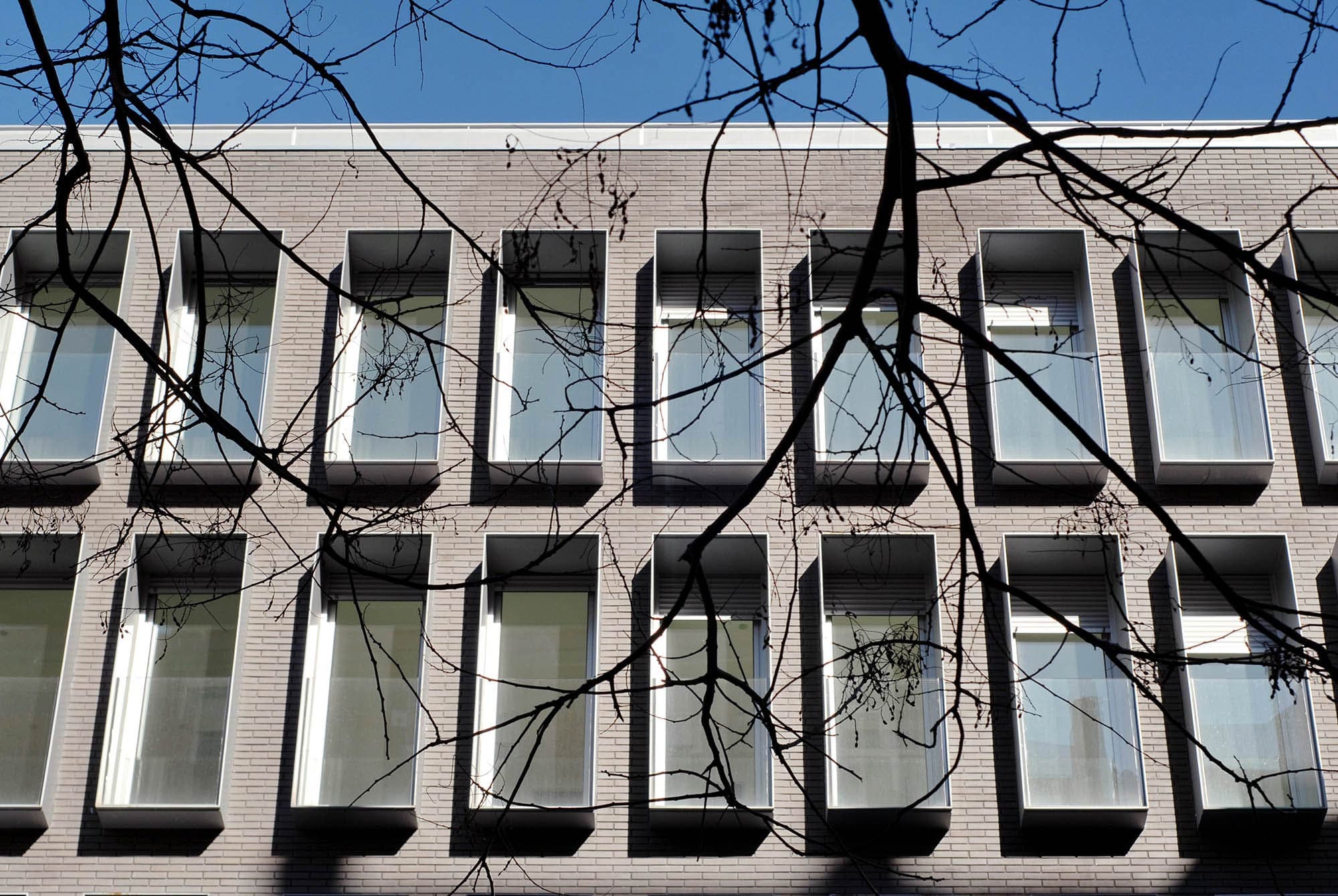