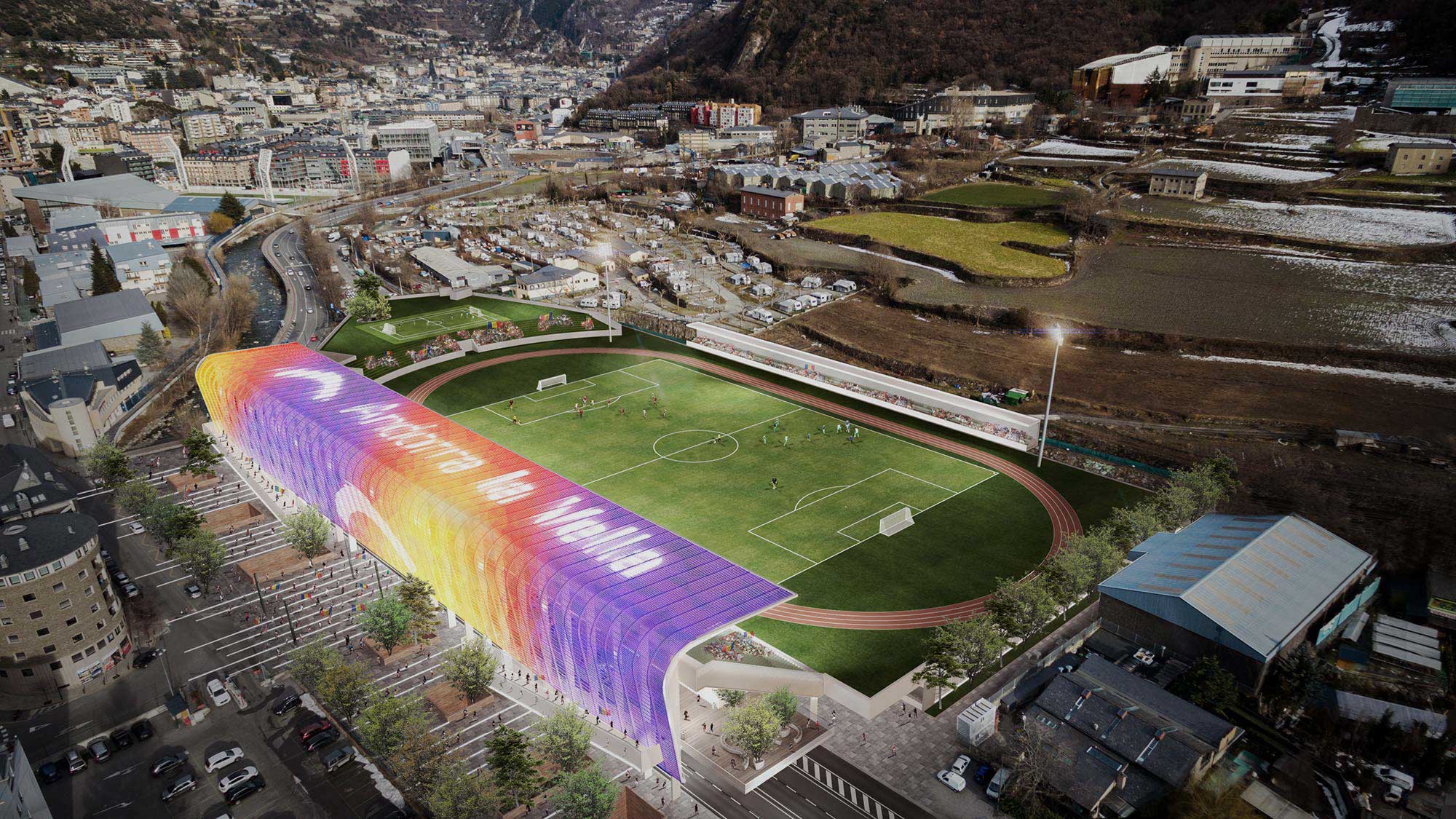 Context is always a determining factor when developing any project. And it sometimes leaves an obvious and also necessary mark.

In this case, a single action leads to others. All with different goals, from creating an urban network to solving part of the city’s traffic flow to ultimately having a first class stadium for international events.

The development of the new Andorra Stadium is based on an arrangement of vertical layers with intersecting and overlapping uses. This leads to a variety of possibilities that allows the building to host various types of activities.

A protruding green layer acts like a blanket to cover the entire complex and form the spaces: a covered square with restricted access, a car park, an extra green seating area, facilities and two football pitches.

The existing dressing room building has been reused for this purpose and also as a structural element for the covered square in terms of parking coaches and vehicles for players and trainers.

The riverfront as backdrop, a contextual element that acts as an energy collection filter, climate protection layer and set to provide information on events via a large interactive screen.

The project involves certain constraints, such as not halting the traffic of the country’s main access road, which requires impeccable coordination in developing each phase, or providing parking solutions, so that a space for 513 vehicles has been created with the possibility of doubling this capacity with another level.
It also achieves the aim of linking together at a pedestrian level the major sports centres of the country’s capital (CE Serradell, Poliesportiu de Govern, Estadi Nacional, Estadi d’Andorra la Vella).

Andorra Stadium is undoubtedly an action that involves other actions because of its surroundings and context: a multilayered action. 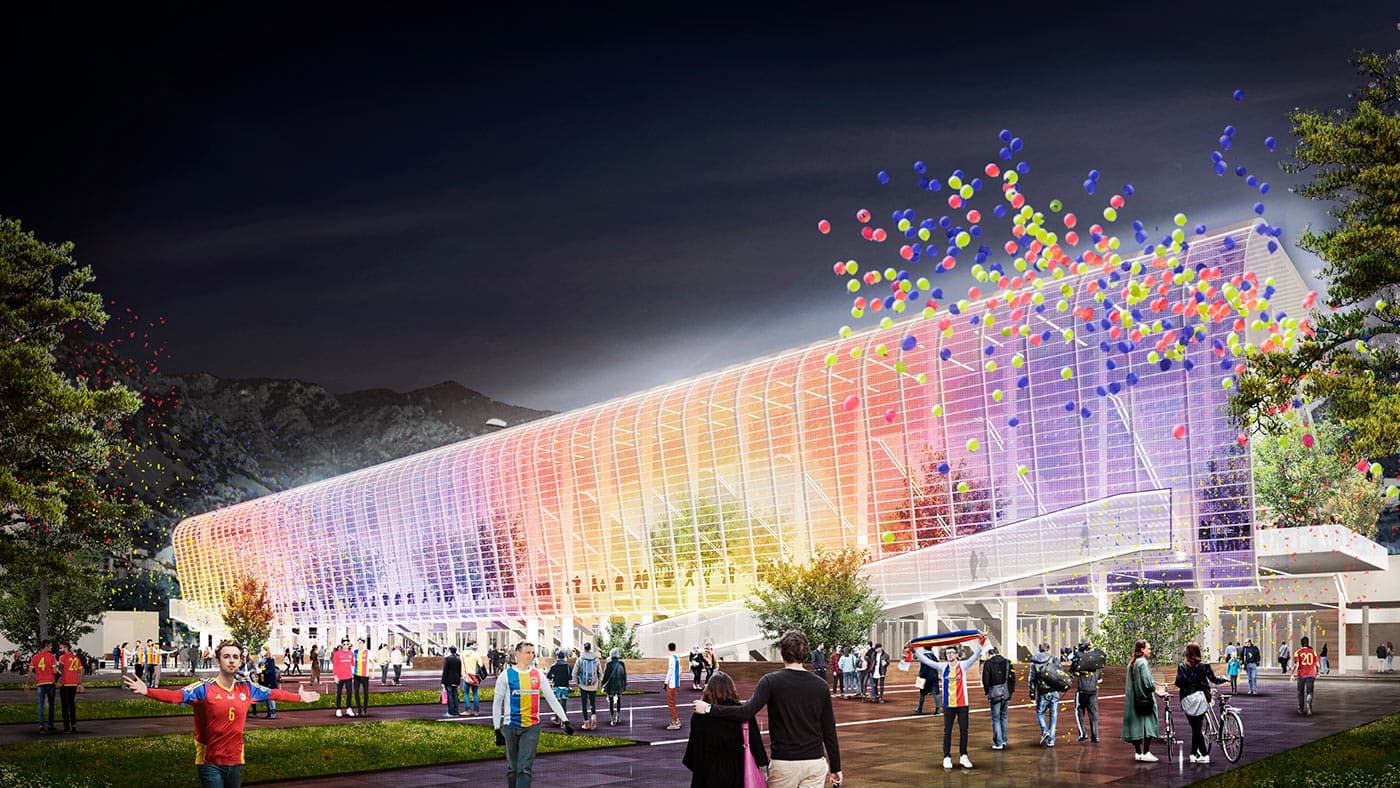 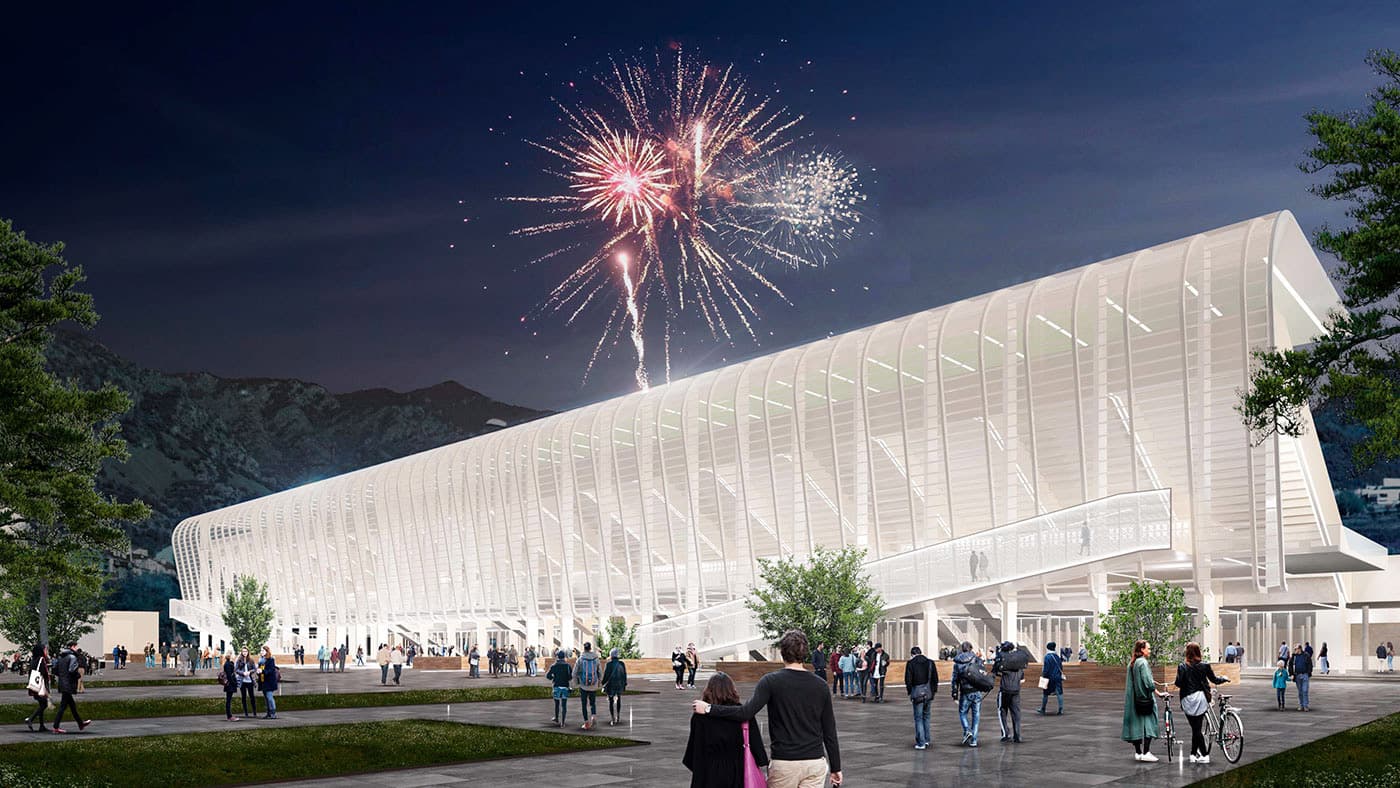 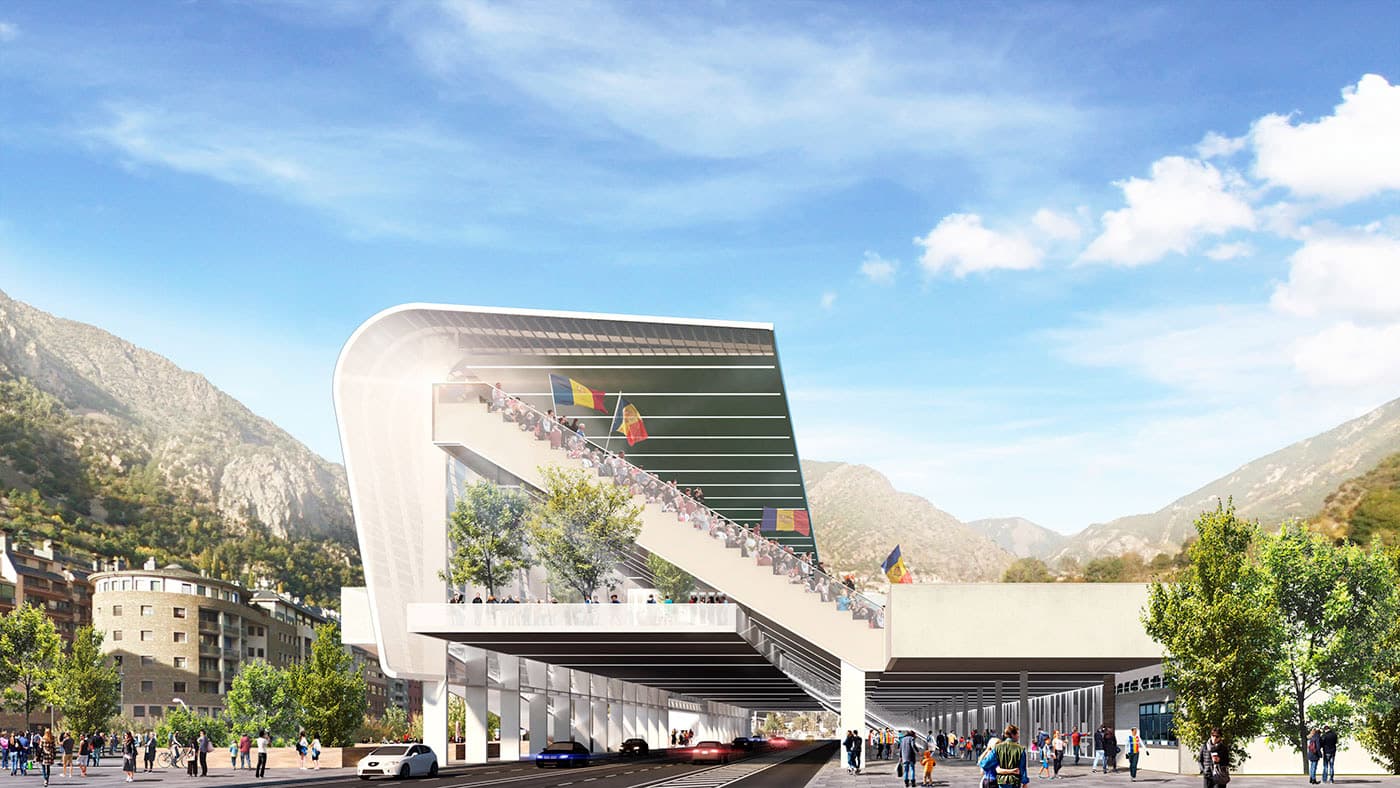 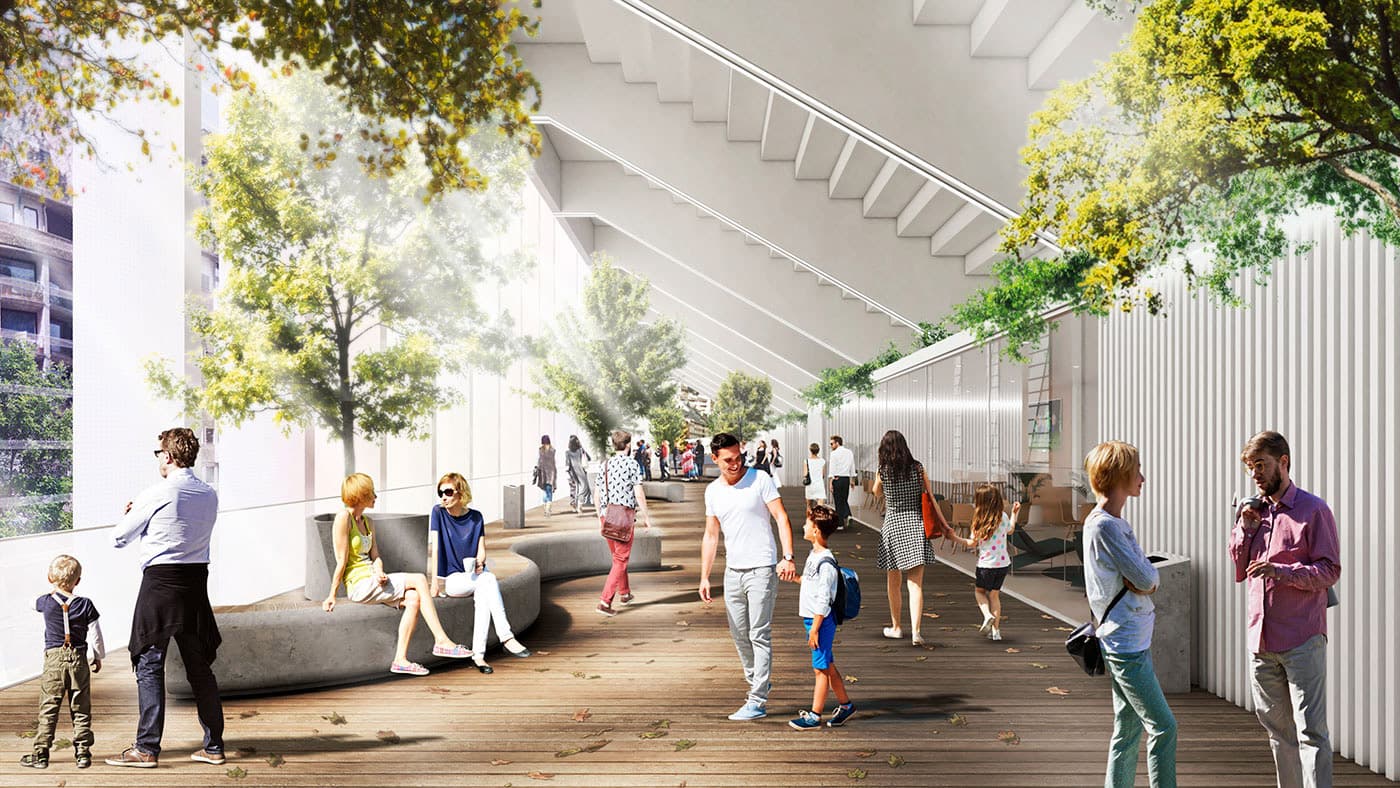 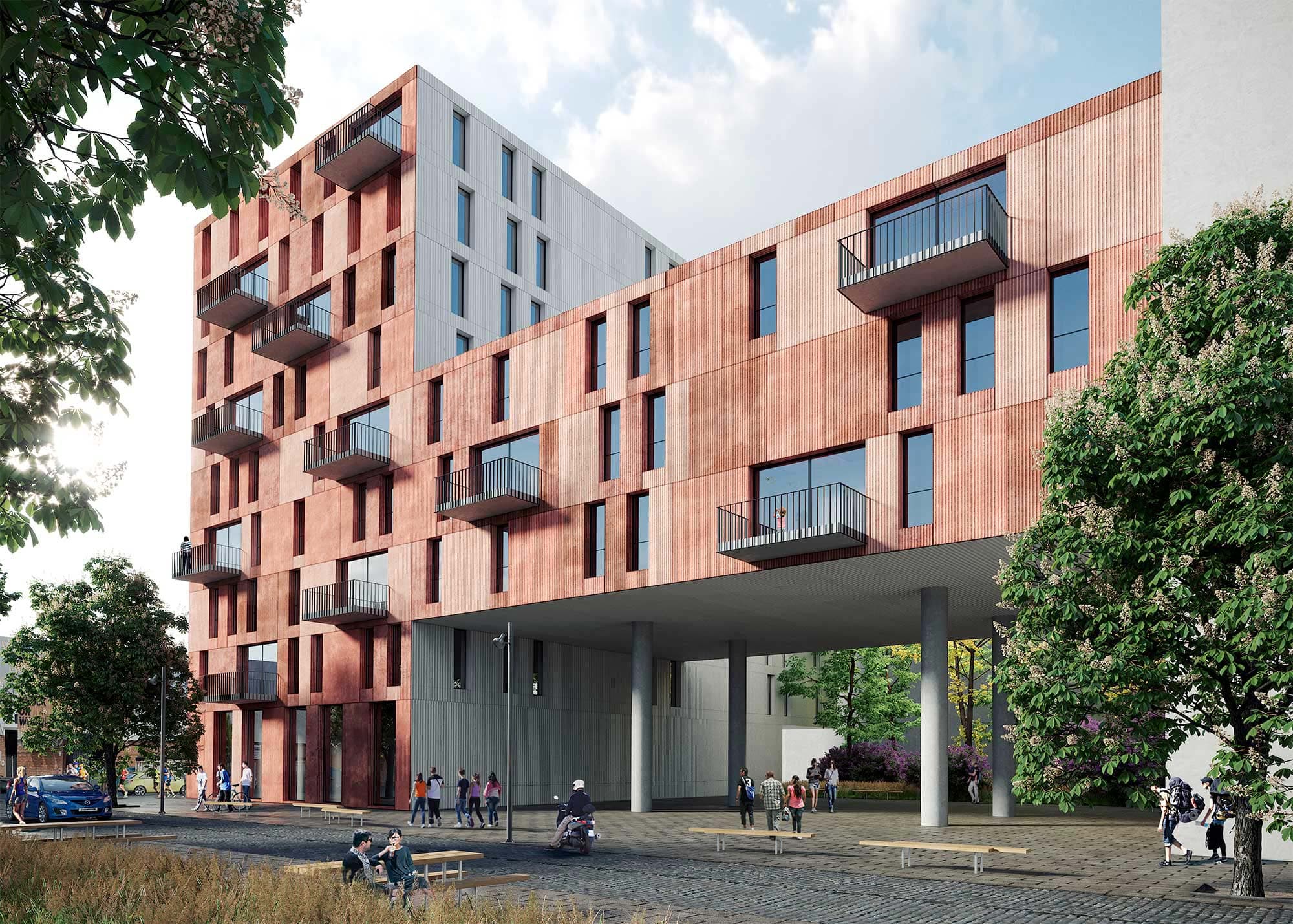 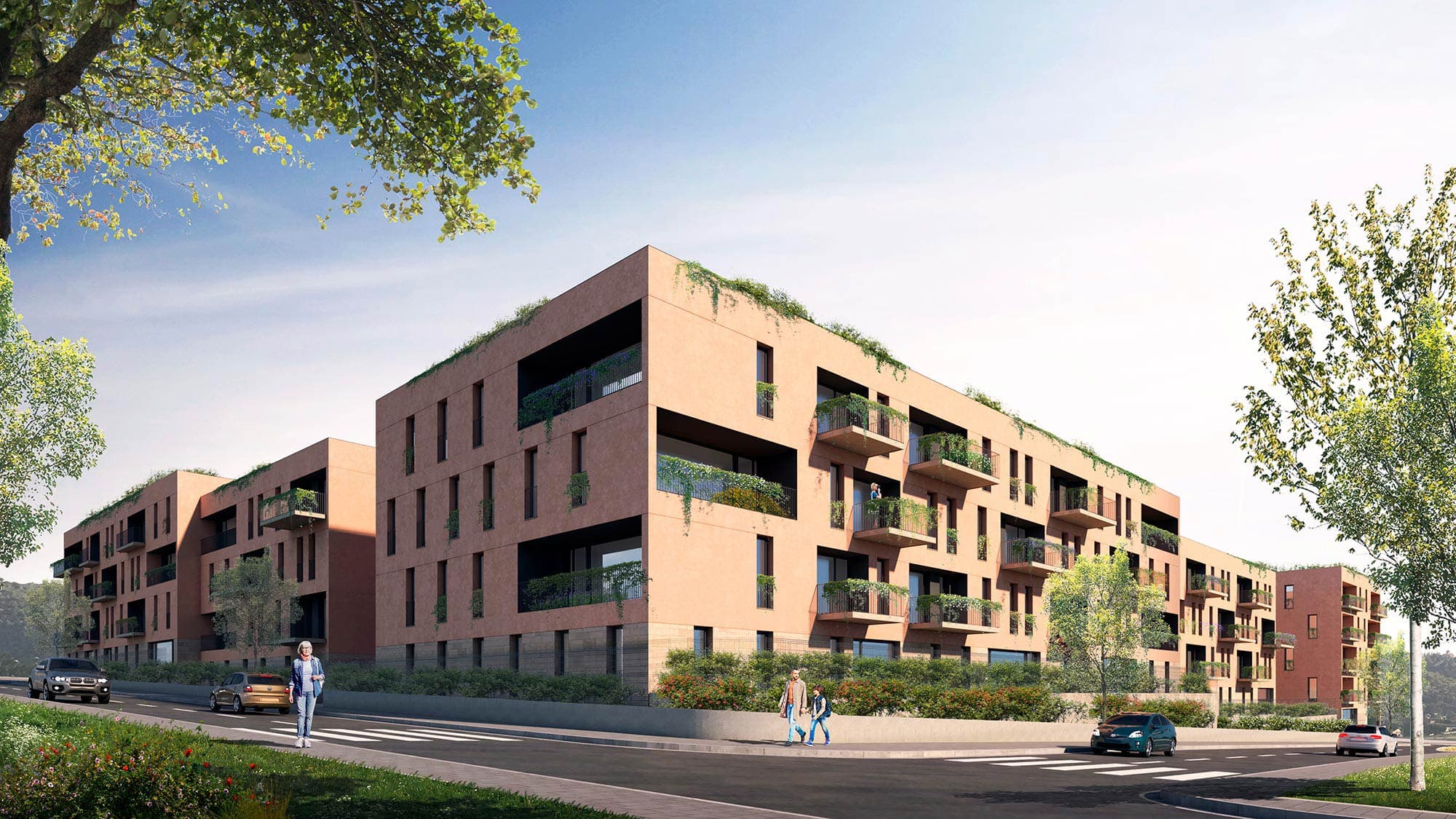